The planet Venus appears high in the eastern morning sky; the bright star Capella, to the northwest, is the last star to fade with the oncoming dawn.

Venus high in the eastern pre-dawn sky at 5 AM on June 22, 2017. Venus’ orbit is shown in red. Image credit: Stellarium / Bob Trembley

The waning crescent Moon will vanish amid the morning haze to the east, to reappear in the west as a waxing crescent after dusk on June 25th. 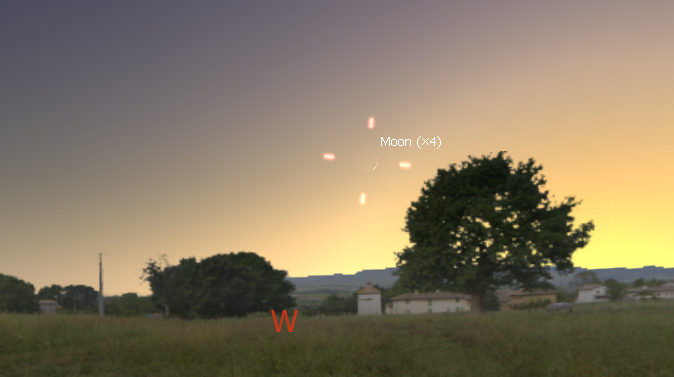 The Summer Triangle is an asterism formed from the three stars Altair, Deneb, and Vega, the brightest stars in the three constellations of Aquila, Cygnus, and Lyra. They can be see in the eastern sky before midnight. 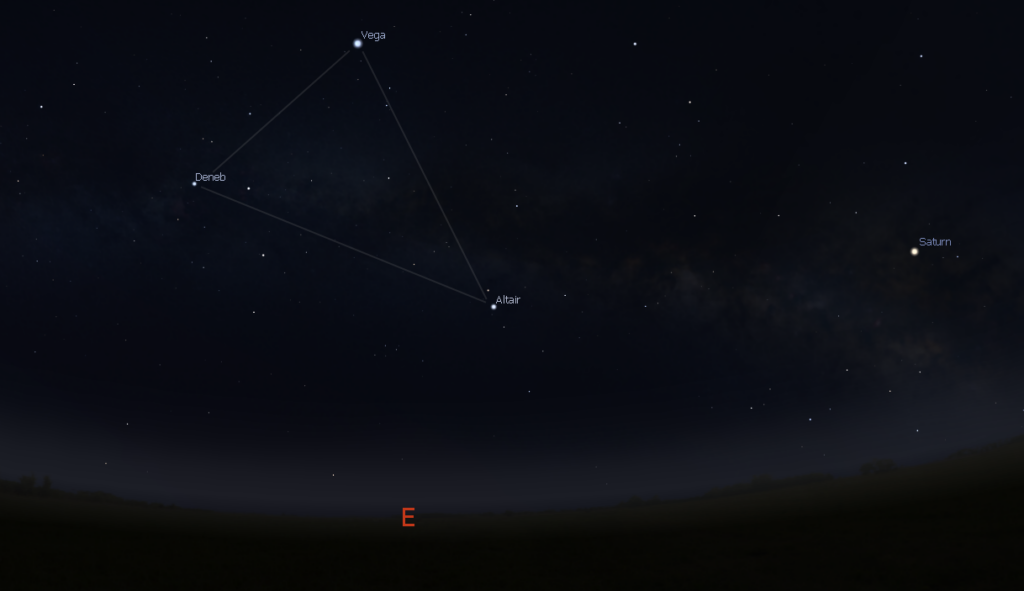 Directly overhead, the Milky Way flows through the constellations Cygnus and Aquila (if you live in a city – trust me, it’s really there… drive out of the city at night and have a look!). The constellation Cygnus contains a smaller and easy-to-spot asterism known as the Northern Cross. 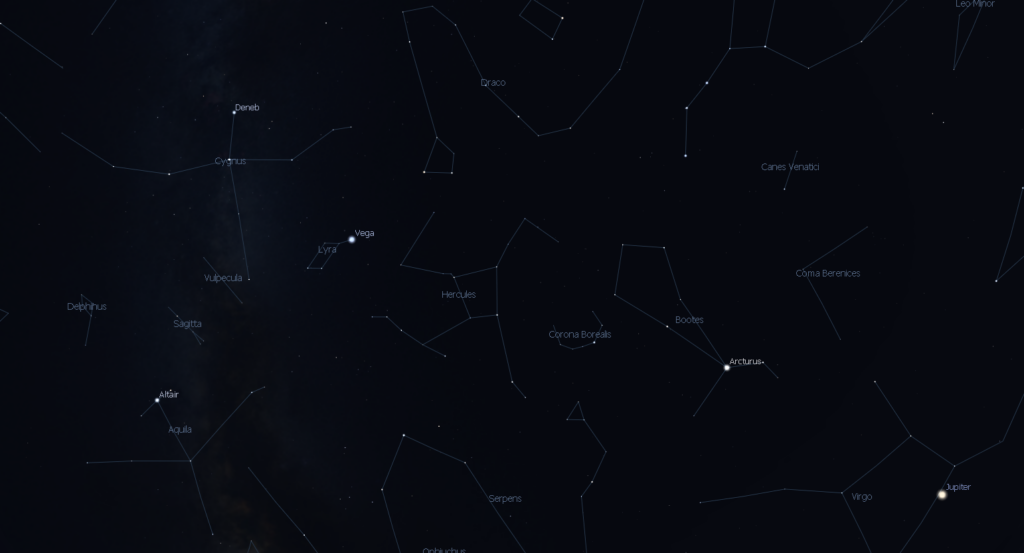 The bright star Vega, part of the Summer Triangle, draws the eye to a fainter set of four stars in the shape of a parallelogram forming the constellation Lyra, Opposite Vega, on the short length of the parallelogram, lies an astronomical treat for the telescopic observer – M57, The Ring Nebula. 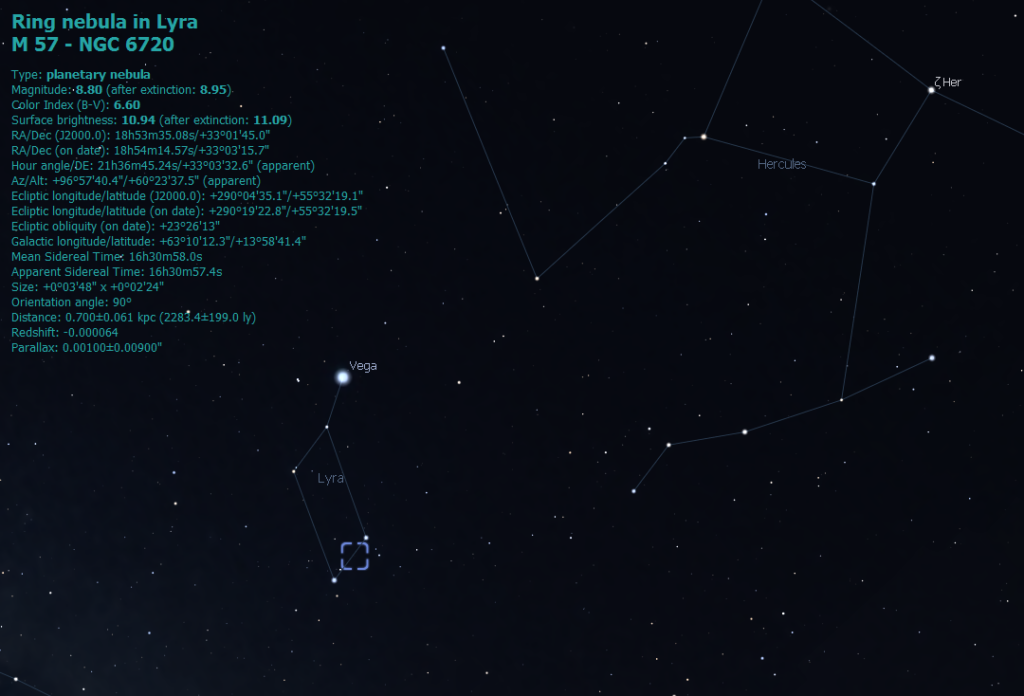 In a small telescope, the Ring Nebula appears as a hazy greenish ring; using a much larger orbiting space telescope, it’s rather more spectacular! 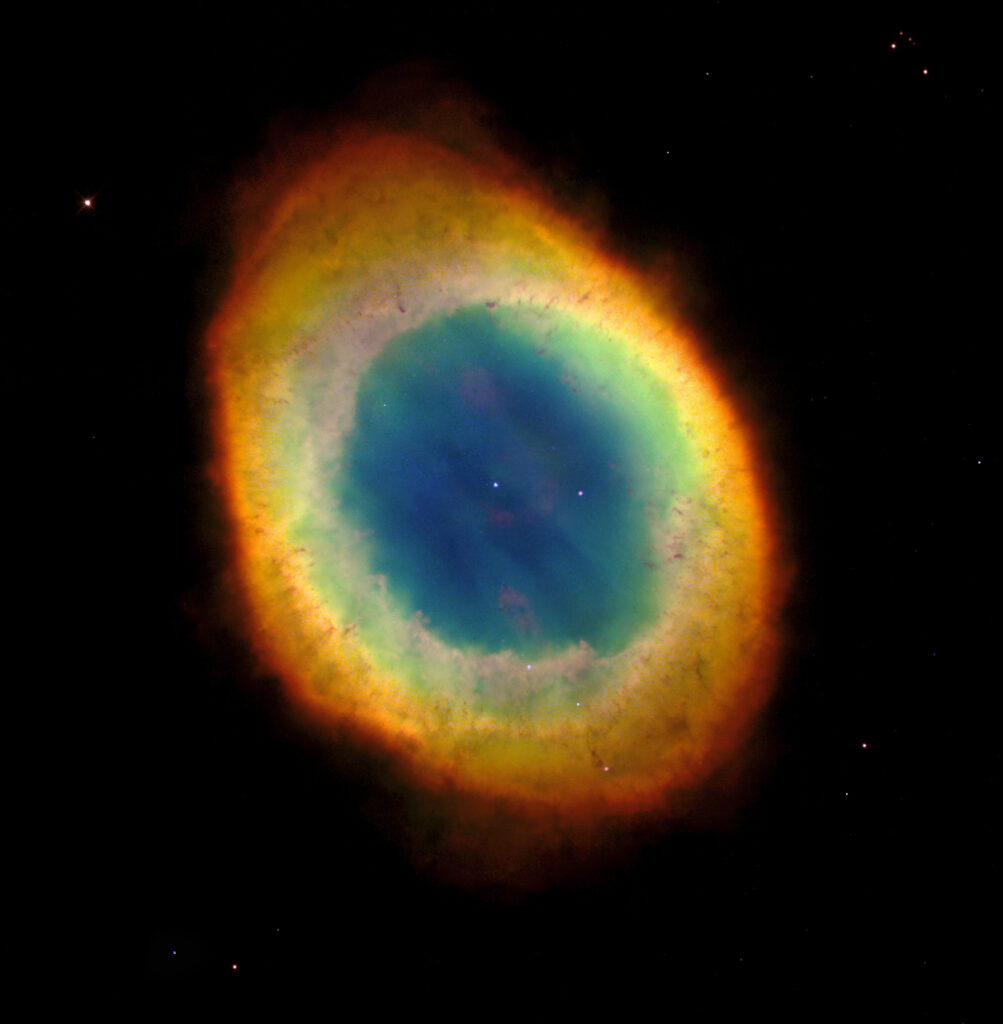 Constellation-hopping from Cygnus through Lyra, we come upon the constellation Hercules; the core stars of Hercules form a trapezoid. On the widest edge of that trapezoid, farthest from Vega, is M13, the Great Cluster in Hercules. 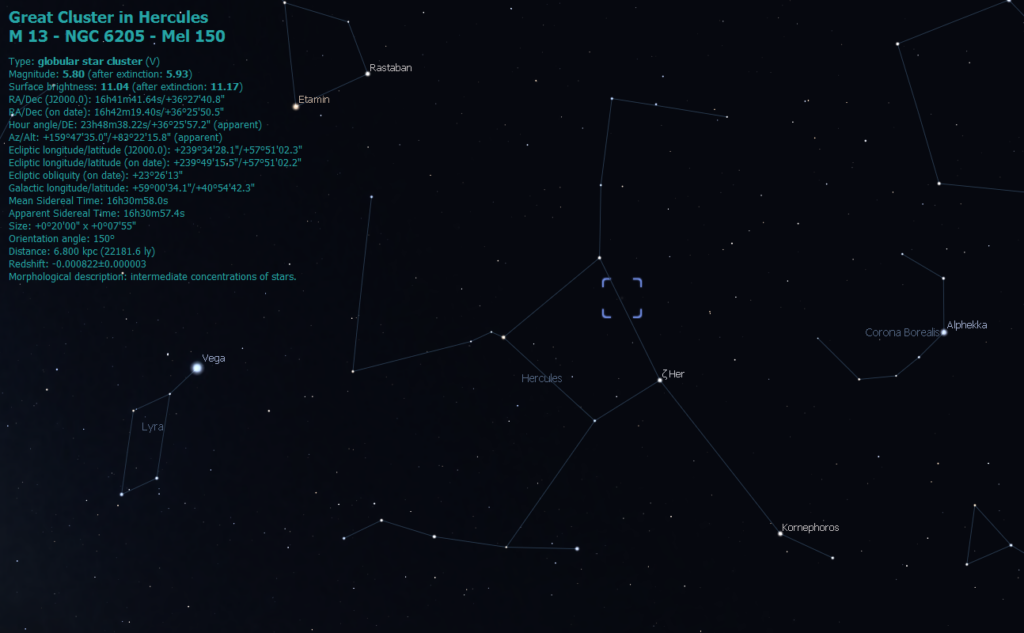 M13 appears as a fuzz-ball in smaller telescopes, but in larger ‘scopes, individual stars resolve, and many sparkle like diamonds – it’s absolutely gorgeous! 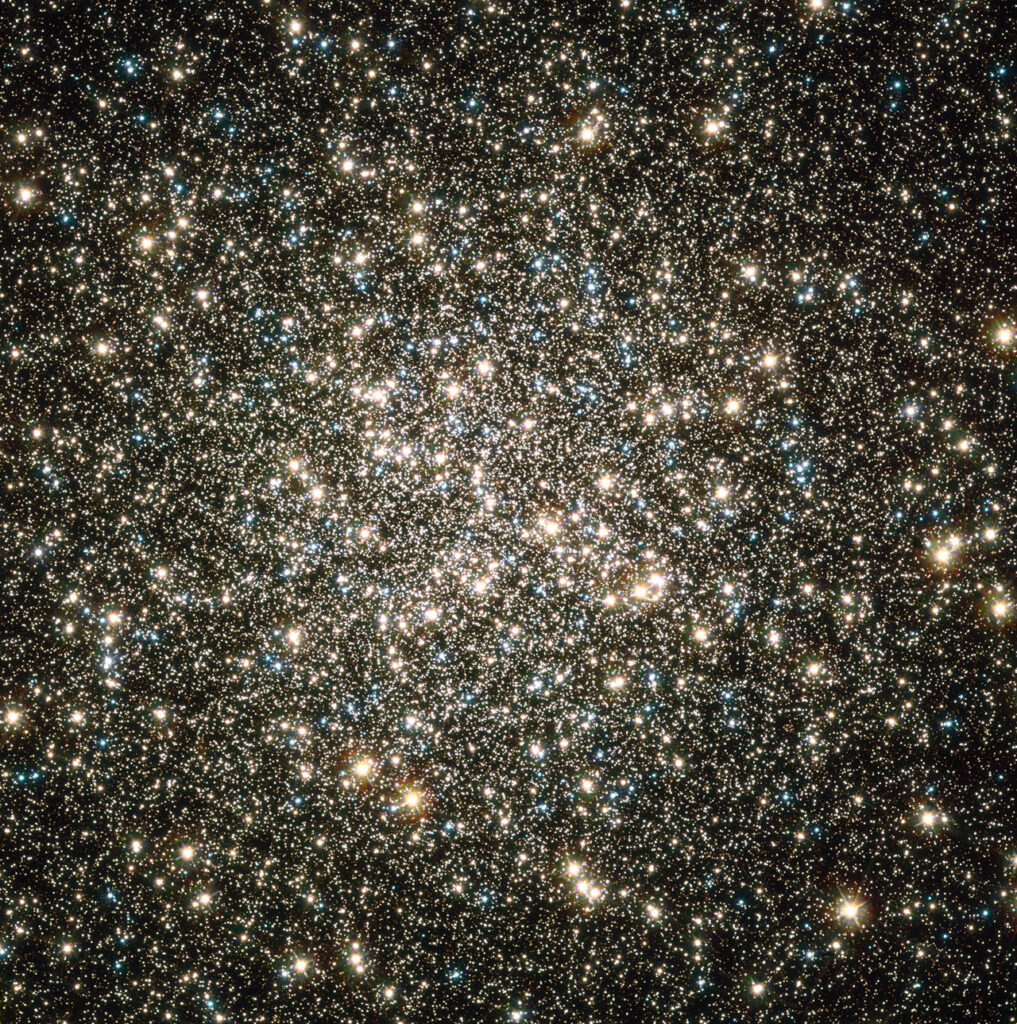 Hubble catches an instantaneous glimpse of many hundreds of thousands of stars moving about in the globular cluster M13, one of the brightest and best-known globular clusters in the northern sky. This glittering metropolis of stars is easily found in the winter sky in the constellation Hercules. This image is a composite of archival Hubble data taken with the Wide Field Planetary Camera 2 and the Advanced Camera for Surveys. Observations from four separate science proposals taken in November 1999, April 2000, August 2005, and April 2006 were used. The image includes broadband filters that isolate light from the blue, visible, and infrared portions of the spectrum. Credit: NASA, ESA, and the Hubble Heritage Team (STScI/AURA)