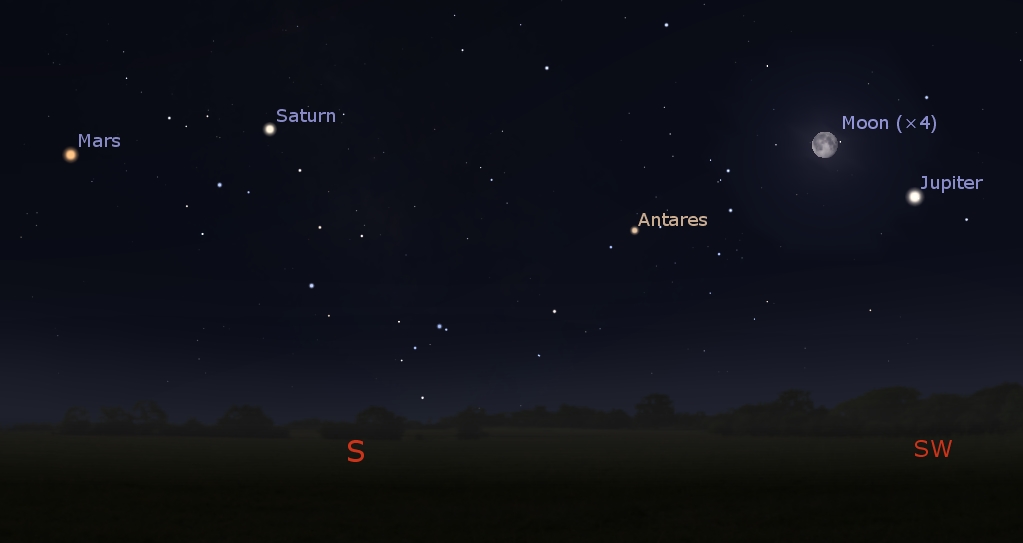 The Moon appears in the southwestern predawn sky near Jupiter on May 1st, and makes it way between Mars and Saturn in the southern sky on May 5th. 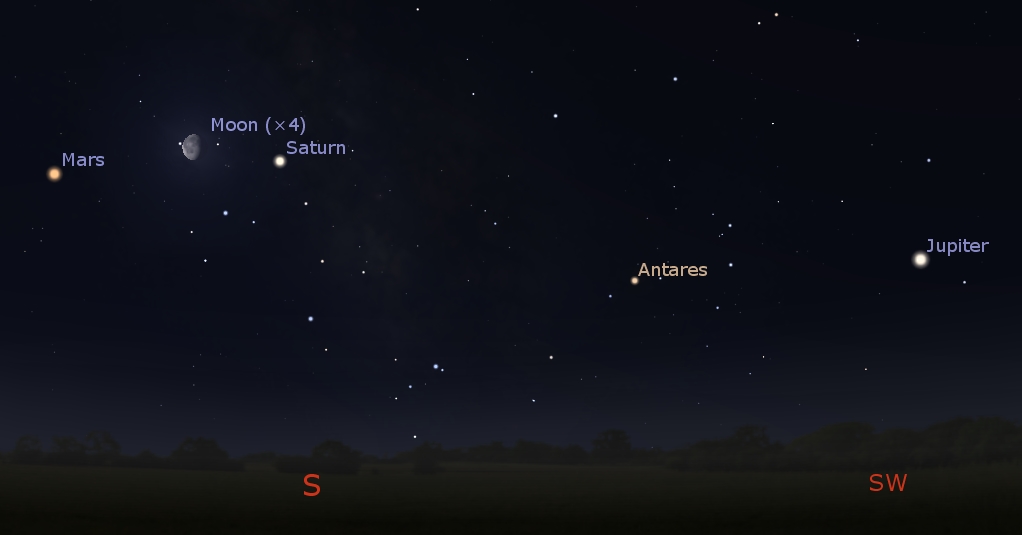 Ursa Major (and the Big Dipper) are in the northwestern predawn sky, and Arcturus is bright in the western sky. 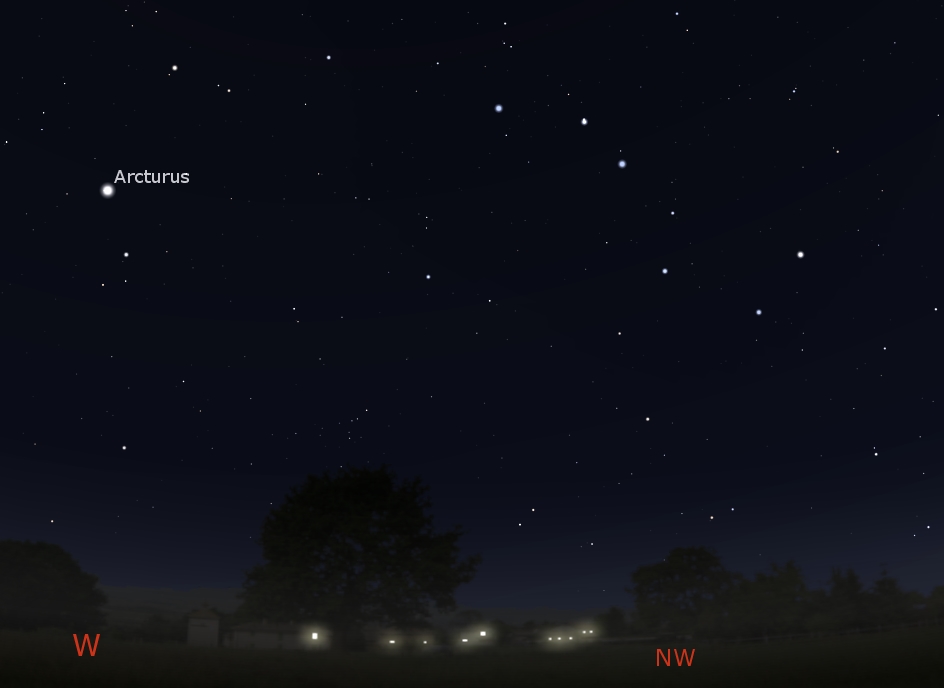 Venus remains low in the western sky near sunset. 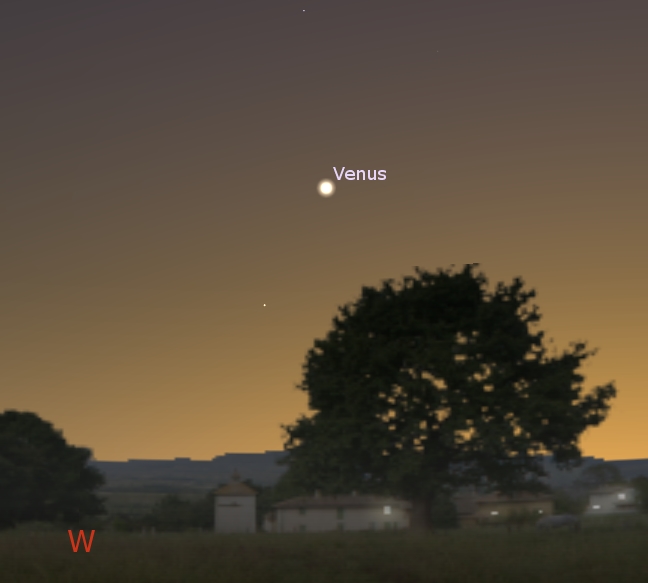 Jupiter can be seen rising the in the eastern sky after sunset. 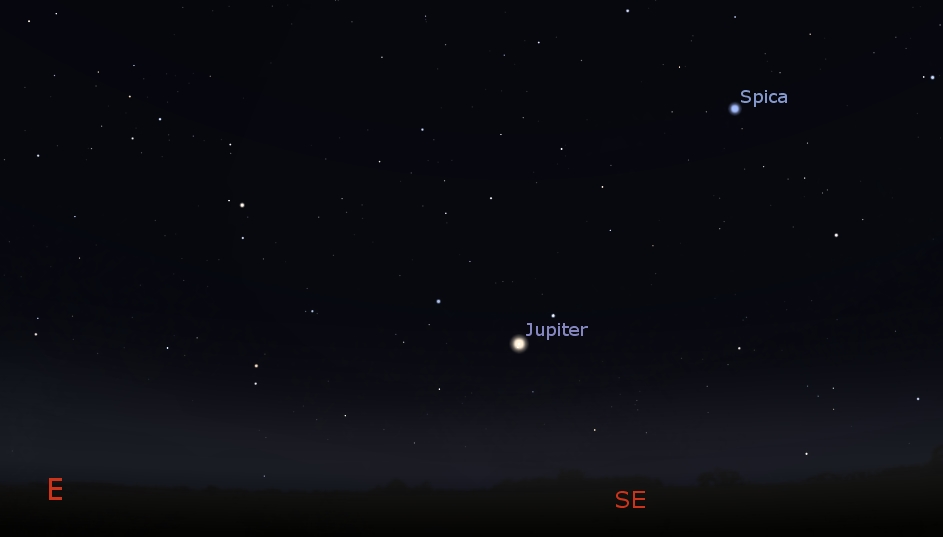 Jupiter will be at opposition on May 9th – its face will be fully illuminated by the Sun, and it will be visible all night long! Sidewalk astronomers from around the world do a collective dance of joy!

Jupiter at Opposition May 9 2018. Credit: NASA Eyes on the Solar System / Bob Trembley.

The Moon is a waning gibbous just past full; the Moon will be at third quarter on the 8th; May 7-10th would be good days to do some early morning sidewalk astronomy at schools!

The Sun has been spot-free for 2 days. There are coronal holes at both poles, and a small hole on the equator. There is an area with quite a bit of coronal loop activity rotating out of view on the Sun’s limb. SpaceWeather.com says: “Solar wind flowing from this equatorial coronal hole should reach Earth on May 5th or 6th.” The solar wind speed is 409 km/sec, with a density of 4.0 protons/cm3.

Over the last couple days, several small prominences in the Sun’s chromosphere appear and vanish all over the Sun’s limb; the equatorial coronal hole appears as a dark smudge, and the area of coronal loop activity above appears as the bright orange region in the image below. 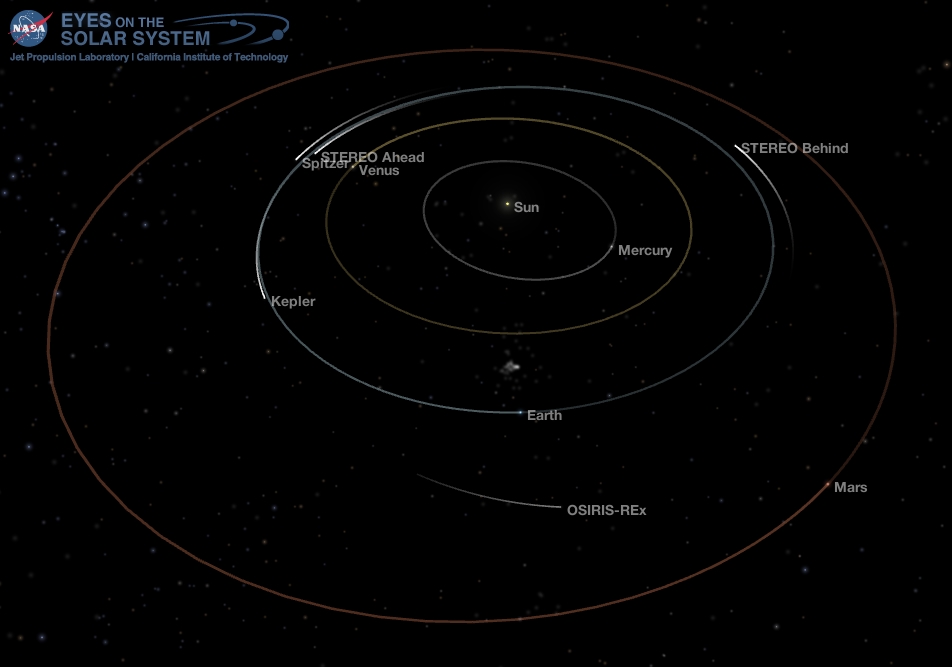 Position of the planets in the inner solar system, May 1, 2018. Credit: NASA Eyes on the Solar System / Bob Trembley. 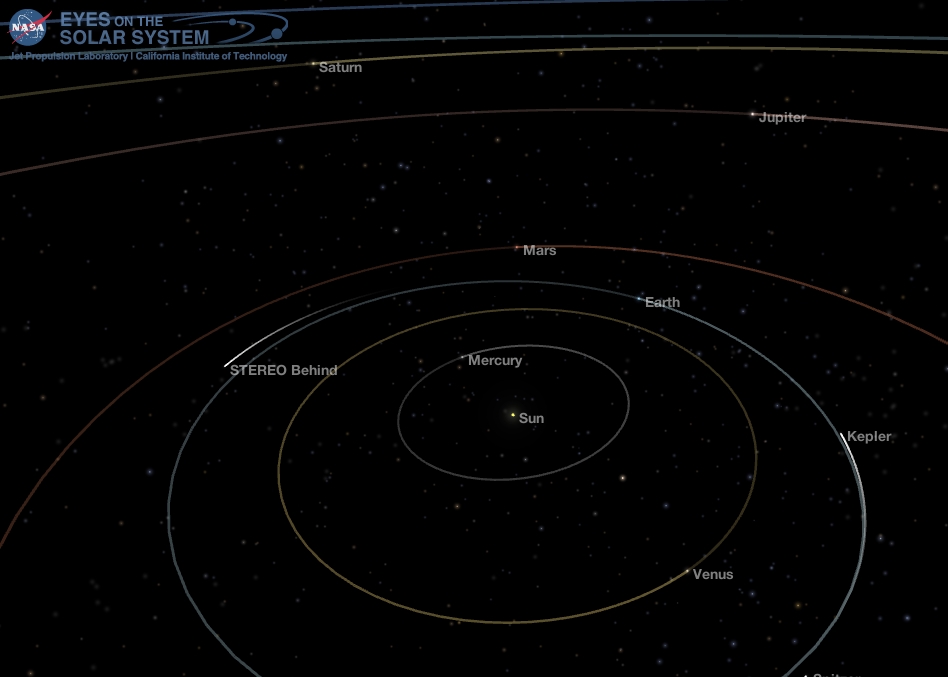 Position of the planets in the inner and middle solar system, May 1, 2018. Credit: NASA Eyes on the Solar System / Bob Trembley.

The Transiting Exoplanet Survey Satellite (TESS) launched on April 18, 2018 on a SpaceX Falcon 9 rocket. TESS is the successor to the Kepler space telescope. From the TESS website:

TESS will discover thousands of exoplanets in orbit around the brightest stars in the sky. In a two-year survey of the solar neighborhood, TESS will monitor more than 200,000 stars for temporary drops in brightness caused by planetary transits. This first-ever spaceborne all-sky transit survey will identify planets ranging from Earth-sized to gas giants, around a wide range of stellar types and orbital distances. No ground-based survey can achieve this feat. 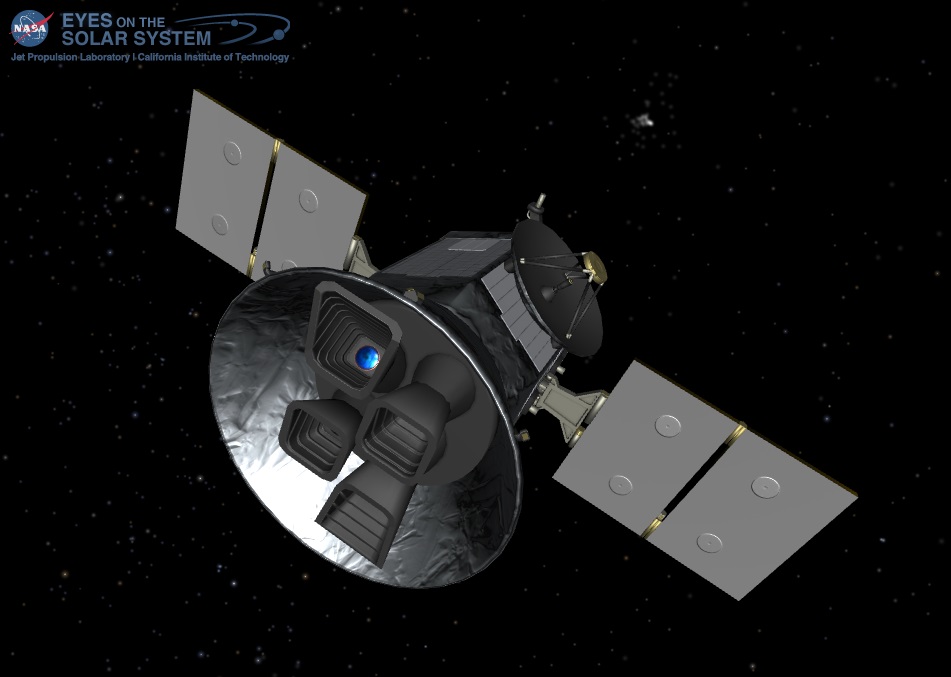 You can view simulations of exoplanets and exoplanet systems in the Eyes on Exoplanets module of the NASA Eyes on the Solar System app.