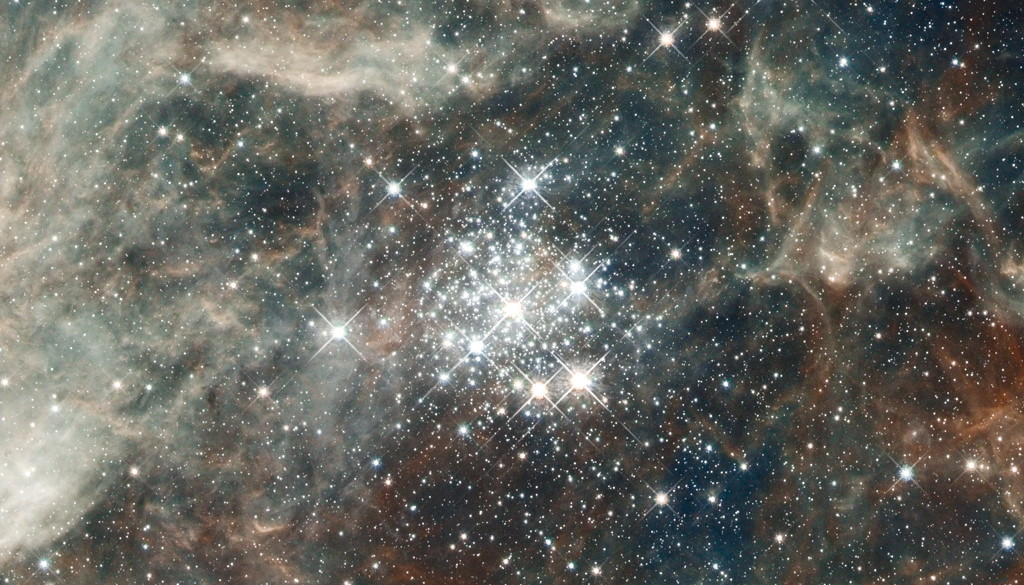 The Ingenuity rovercraft has flown for a fifth time, and now enters into a new phase of operation. On its first on-way trip, the helicopter flew 129 meters and has landed at a new location – in Perseverance’s direction of travel.

From Port Hedland, Australia, in the southern hemisphere, Jupiter and Saturn appear high in the eastern predawn sky all week.

Mercury returns to the west-northwestern sky at sunset, appearing a bit higher in the sky with each evening until May 17th – where it hangs there for 2 days, and then after May 19th, starts getting lower with each evening. The wafer-thin waxing crescent Moon appears near Mercury after sunset on May 13th.

Mars appears high above the western horizon after sunset, getting a wee bit lower with each evening.

The Moon appears in conjunction with Mars above the western horizon after sunset on April 15th.

The New Moon occurs on May 11th.

After May 11th, the Moon will be a Waxing Crescent – visible toward the southwest in early evening.

The Sun has 2 spots! Spaceweather.com says that “Sunspot AR2822 has a ‘beta-gamma’ magnetic field that harbors energy for M-class solar flares.”

Spaceweather.com also reports “A CME is coming. Hurled toward Earth by an erupting filament of magnetism on May 9th, the solar storm cloud is expected to arrive on May 12th or 13th. This is not an especially fast or powerful CME, but it could spark G1-class geomagnetic storms and auroras at high latitudes.”

A long coronal hole appears near the center of the Sun’s face, a large coronal hole is rotating into view in the southern hemisphere.

Lots of prominence activity; the two regions with coronal loop activity appear as bright orange in the video below, and you can see them spitting-out flares!

Click here to see a near real-time animation of the corona and solar wind from the Solar & Heliospheric Observatory (SOHO):

Position of the planets & several spacecraft in the inner solar system on May 11th: the OSIRIS-REx spacecraft has left asteroid Bennu for Earth, and the Parker Solar Probe has nearly crossed the orbit of Mercury after perihelion #8 on Apr. 29th.

Position of the planets, and a several transneptunian objects in the outer solar system on May 11, 2021 seen from the Voyager 2 spacecraft.

Did you know that the planet Mercury has a sodium tail? I didn’t!

I saw multiple posts about “OSIRIS-REx has left asteroid Bennu” – everyone and their brother was posting about it!

I reported on this exoplanet during the “In the News” segment of last night’s Warren Astronomical Society meeting!

I have so many exoplanet visualizations from pervious posts, I thought I’d include one here:

“BLACK AURORAS OVER SCOTLAND: Red. Green. Purple. These are the colors we usually see during any display of auroras. On April 18th, Alan C. Tough of Hopeman, Moray, Scotland saw something else. “Black,” he says. In the photo below, “note the dark vertical strip above the green band, which is devoid of any normal auroral colour.”

Black auroras have been seen before. They are dark rings or black blobs that sometimes appear in an otherwise ordinary expanse of auroral light. Some researchers call them “anti-auroras.” The black auroras in Tough’s photo are circled here.

Several million young stars are vying for attention in this NASA Hubble Space Telescope image of a raucous stellar breeding ground in 30 Doradus, located in the heart of the Tarantula Nebula. Early astronomers nicknamed the nebula because its glowing filaments resemble spider legs.

30 Doradus is the brightest star-forming region visible in a neighboring galaxy and home to the most massive stars ever seen. The nebula resides 170,000 light-years away in the Large Magellanic Cloud, a small, satellite galaxy of our Milky Way. No known star-forming region in our galaxy is as large or as prolific as 30 Doradus.

The composite image comprises one of the largest mosaics ever assembled from Hubble photos and includes observations taken by Hubble’s Wide Field Camera 3 and Advanced Camera for Surveys. The Hubble image is combined with ground-based data of the Tarantula Nebula, taken with the European Southern Observatory’s 2.2-meter telescope in La Silla, Chile. NASA and the Space Telescope Science Institute are releasing the image to celebrate Hubble’s 22nd anniversary.

Collectively, the stars in this image are millions of times more massive than our Sun. The image is roughly 650 light-years across and contains some rambunctious stars, from one of the fastest rotating stars to the speediest and most massive runaway star.

The nebula is close enough to Earth that Hubble can resolve individual stars, giving astronomers important information about the stars’ birth and evolution. Many small galaxies have more spectacular starbursts, but the Large Magellanic Cloud’s 30 Doradus is one of the only extragalactic star-forming regions that astronomers can study in so much detail. The star-birthing frenzy in 30 Doradus may be partly fueled by its close proximity to its companion galaxy, the Small Magellanic Cloud.

The image reveals the stages of star birth, from embryonic stars a few thousand years old still wrapped in cocoons of dark gas to behemoths that die young in supernova explosions. 30 Doradus is a star-forming factory, churning out stars at a furious pace over millions of years. Hubble shows star clusters of various ages, from about 2 million to about 25 million years old.

The region’s sparkling centerpiece is a giant, young star cluster (left of center) named NGC 2070, only 2 million years old. Its stellar inhabitants number roughly 500,000. The cluster is a hotbed for young, massive stars. Its dense core, known as R136, is packed with some of the heftiest stars found in the nearby universe, weighing more than 100 times the mass of our Sun.

The massive stars are carving deep cavities in the surrounding material by unleashing a torrent of ultraviolet light, which is etching away the enveloping hydrogen gas cloud in which the stars were born. The image reveals a fantasy landscape of pillars, ridges, and valleys. Besides sculpting the gaseous terrain, the brilliant stars also may be triggering a successive generation of offspring. When the radiation hits dense walls of gas, it creates shocks, which may be generating a new wave of star birth.

The colors represent the hot gas that dominates regions of the image. Red signifies hydrogen gas and blue, oxygen.

Hubble imaged 30 separate fields, 15 with each camera. Both cameras were making observations at the same time. Hubble made the observations in October 2011.