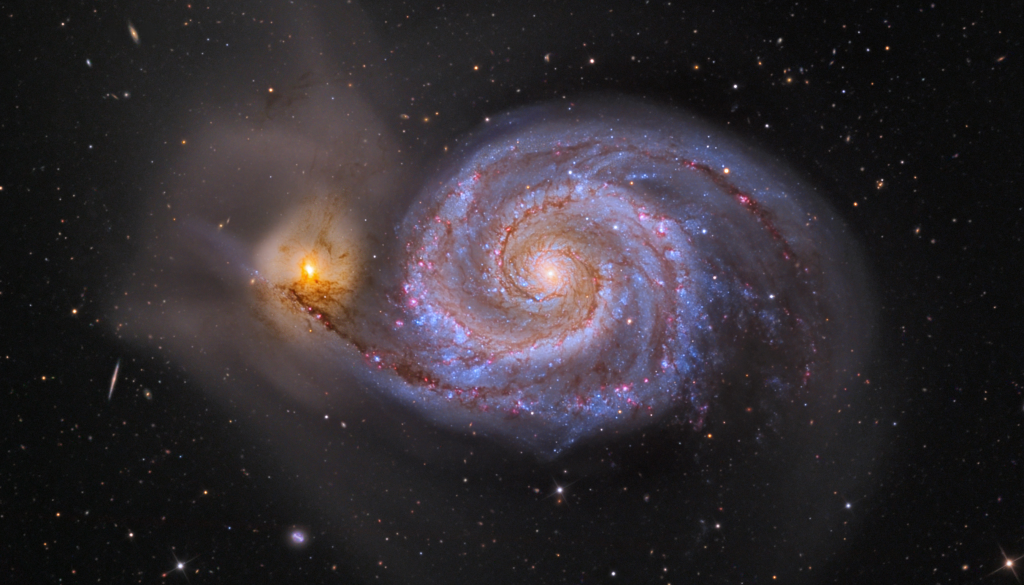 Do you remember the very first time you saw the Moon and stars in the sky?

A lot of people have looked through my telescope – for many, it was their first time. For all of those people, the Moon and stars have been something they’ve know about their entire lives.

On Halloween 2021, I took my 20-month old granddaughter out at 6:00 AM in the morning, and showed her the Waning Crescent Moon, Sirius and the stars of Orion for the first time. She cooed softly and pointed to the Moon, and I saw her looking up at Sirius.

I’m not embarrassed to say that I went back inside and cried tears of joy. I hope this is the beginning of a wonderous and lifelong journey for Alayanora.

The 1st VP is the board member who schedules speakers for meetings – this is very similar to what I did for the 2014 North American Science Fiction Convention (DETCON1) in Detroit. One of the best-attended panels I saw during that convention was a remote tour of the Vatican Observatory Meteorite Lab by Br. Guy; Br. Guy is well-known and liked in the SF community.

Speaking of DETCON1 – one panel that we scheduled for it had well over two dozen panelists wanting to be on it: “Anti-Science Sentiment in the U.S.” During last night’s meeting, I mentioned this as a topic for a panel discussion for a future W.A.S. meeting, and BOY was there a positive response! So… I guess I’ll be working on putting that discussion panel together!

After sunset all week: Jupiter and Saturn appear in the southern sky, and Venus appears in the southwestern sky. This is the first time in a while that I’ve been able to get all three planets in one image.

The Moon appears near Venus in the southwestern sky on Nov. 7th & 8th.

Sirius, Aldebaran and the stars of Orion appear in the southwestern predawn sky – these are the stars my granddaughter saw for the first time last weekend.

The constellations Cassiopeia and Cepheus appear in the northwestern sky before sunrise all week.

The Sun has 3 spots and is showing a LOT of activity!

Sunspot AR2891 is pointed directly at the Earth, and is blowing long-duration M1-class solar flares!

The Sun seen in 193 angstroms on November 1st

Take a look at the very first moment of this video – you can see a wave emanating from the VERY active region in the lower right, and traversing the face of the Sun! Spectacular! Coronal loops appear over several active regions. The coronal hole at the north pole is large and extends a short ways down towards the equator.

The Sun seen in 304 angstroms on November 1st..

Yes, I’ve already installed the mod and taken a look at the target asteroid – it’s shaped a lot like Bennu!

DART Mission and Dr. Kelly Fast are all over Twitter!

Lots of impacts may have delayed oxygenation on Earth

Position of the planets & several spacecraft in the inner solar system on November 1st:

“The Whirlpool Galaxy, also known as Messier 51a, M51a, and NGC 5194, is an interacting grand-design spiral galaxy with a Seyfert 2 active galactic nucleus. It lies in the constellation Canes Venatici, and was the first galaxy to be classified as a spiral galaxy. Its distance is estimated to be 31 million light-years away from Earth.

The galaxy and its companion, NGC 5195, are easily observed by amateur astronomers, and the two galaxies may be seen with binoculars. The Whirlpool Galaxy has been extensively observed by professional astronomers, who study it to understand galaxy structure (particularly structure associated with the spiral arms) and galaxy interactions.” – Wikipedia.

“The graceful, winding arms of the majestic spiral galaxy M51 appear like a grand spiral staircase sweeping through space. They are actually long lanes of stars and gas laced with dust. Such striking arms are a hallmark of so-called grand-design spiral galaxies. In M51, also known as the Whirlpool galaxy, these arms serve an important purpose: they are star-formation factories, compressing hydrogen gas and creating clusters of new stars.

Some astronomers think that the Whirlpool’s arms are particularly prominent because of the effects of a close encounter with NGC 5195, the small, yellowish galaxy at the outermost tip of one of the arms. The compact galaxy appears to be tugging on the arm, the tidal forces from which trigger new star formation. Hubble’s clear view shows that NGC 5195 is passing behind M51. The small galaxy has been gliding past the Whirlpool for hundreds of millions of years.” – NASA

I’ve seen countless images of M51, but I’ve never see the halo around the two galaxies as well as they are shown in this image!