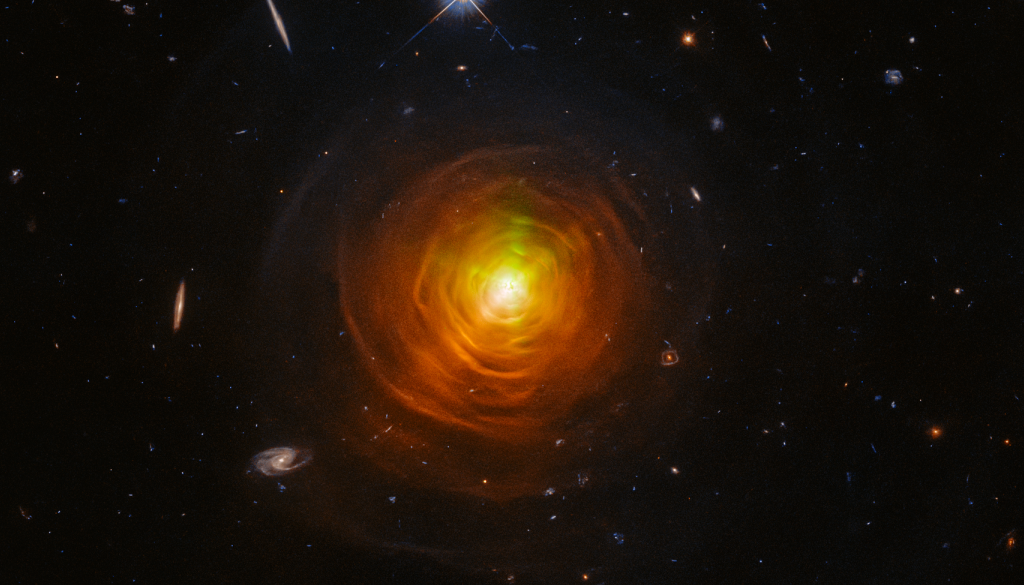 While I was writing this post, I got a call from a reporter from the Warren Weekly newspaper – he said he’s wanted to do and article about the Warren Astronomical Society for quite some time. We discussed the W.A.S., our observatory and a return to doing public outreach events, our meetings and our outreach team.

I also discussed the Great Lakes Association of Astronomy Clubs, and other clubs in southeastern Michigan, the Astronomy at the Beach event, astrophotographers and telescope live-streaming, and volunteer NASA/JPL Solar System Ambassadors.

He asked me to come up with a one-liner to describe the club… I said “The W.A.S. has a lot of members who are passionate about astronomy, and they love sharing their passion with the public.” I also told him that I wished that I’d known about the W.A.S. decades ago!

An hour and an half later, that reporter has an unfortunate amount of notes to sift through. I did warn him that I would natter-on endlessly about astronomy and space science, if he let me… He let me. 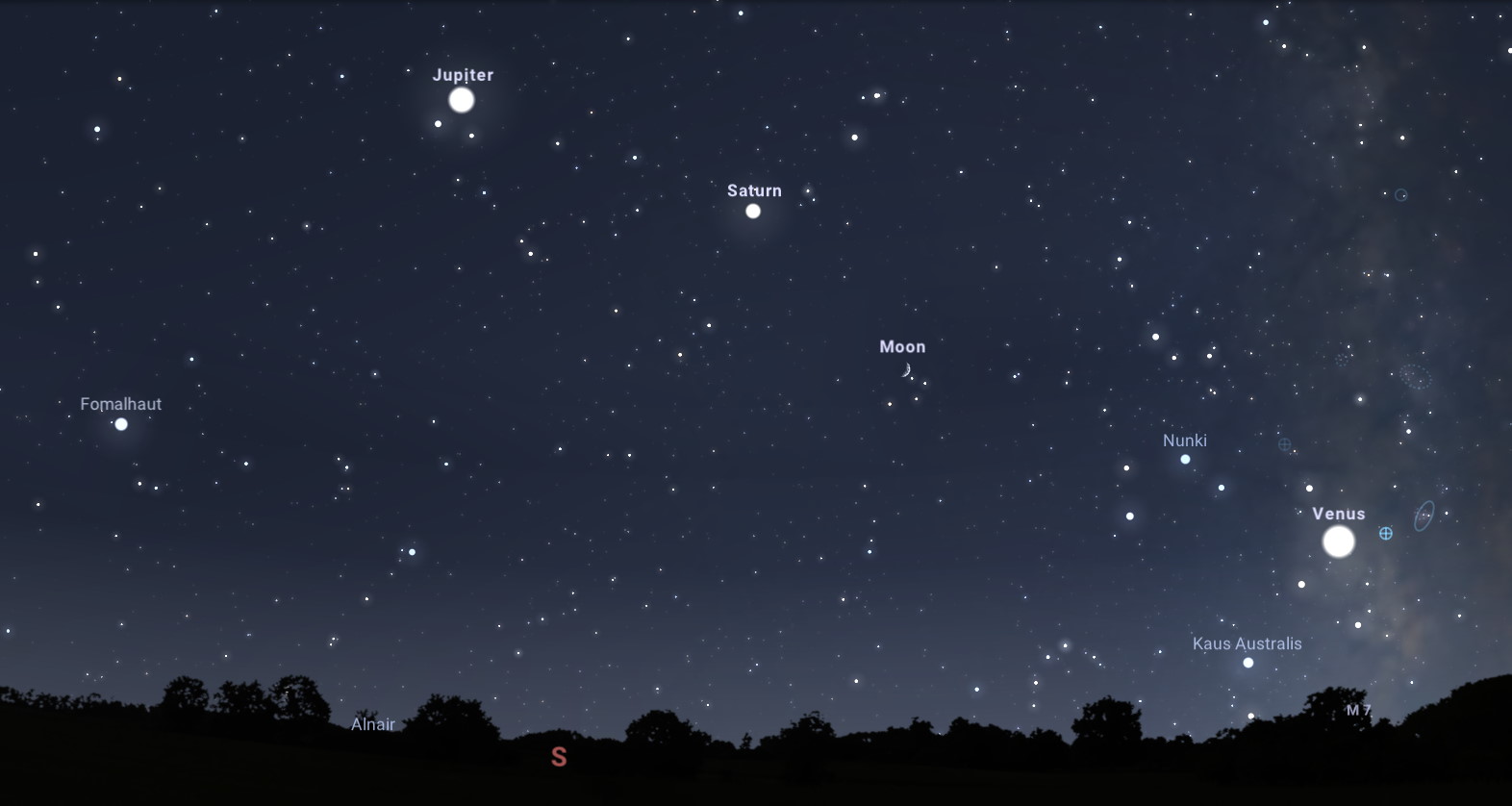 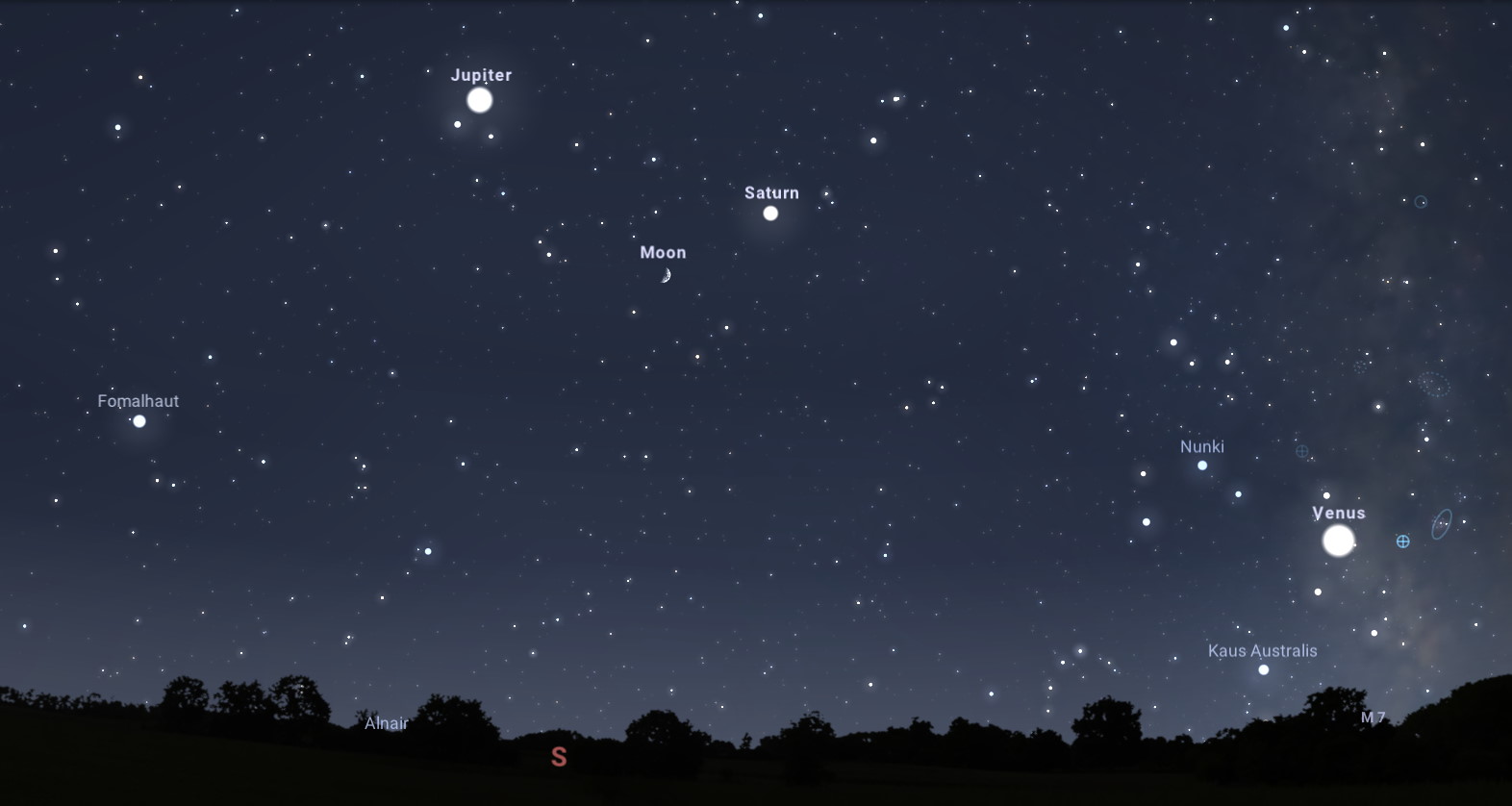 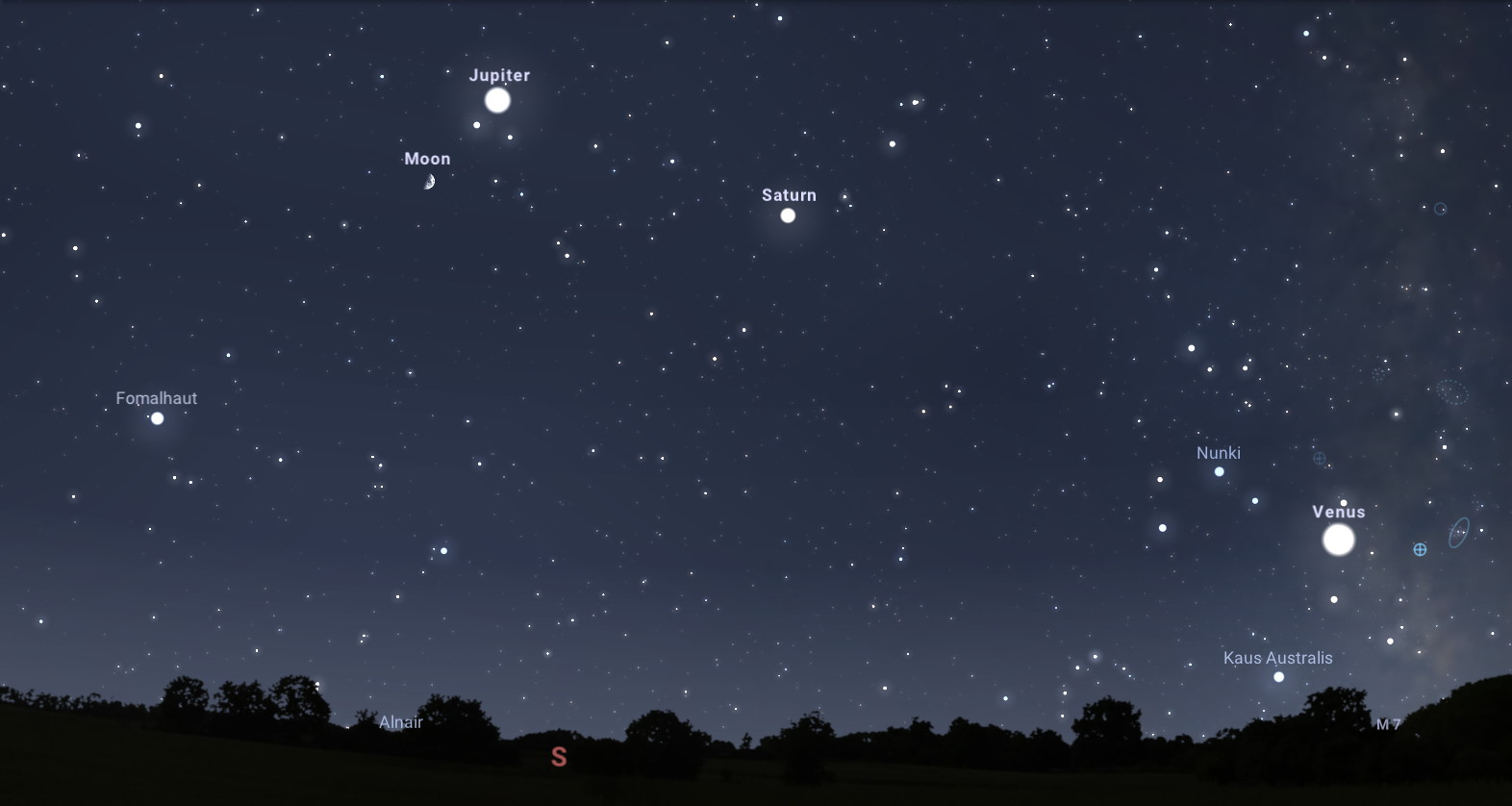 Mercury and Mars appear low in the eastern predawn sky – Mercury getting lower each morning, and Mars getting a bit higher. The two planets appear very close to each other on Nov. 10th and 11th. Mercury will vanish from view by the 14th. 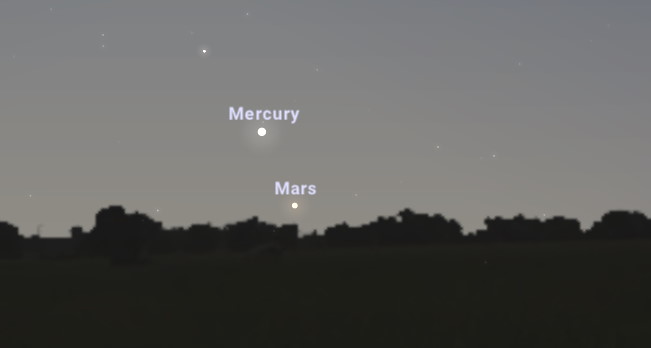 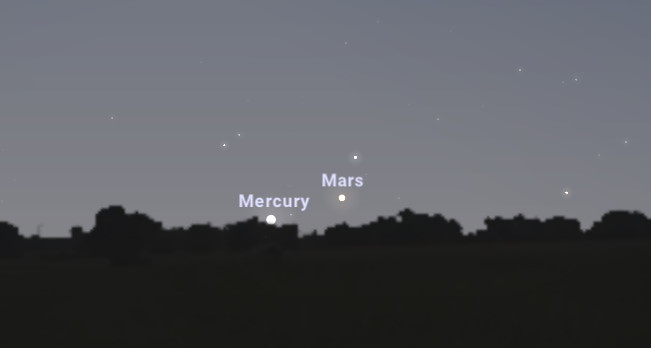 Constellations in the western sky after sunset this week.

This zoom-in of the constellation Lyra shows the location of the Ring Nebula – probably in the top 5 of “first things I looked for with my telescope.”

News Flash! The Moon and Mars are still getting hit by asteroids.

I keep seeing posts with domed structures on the surface of the Moon and Mars… and it kinda makes me go a little crazy… I tried looking for an image of a Moon base blown apart by a small asteroid impact, but no joy.

Ice on the Moon was a completely alien concept in my childhood!

Matthew Henson, co-discoverer of the North Pole, gets a named crater on the Moon

The Sun seen in 193 angstroms on November 8th

The Sun seen in 304 angstroms on November 8th

Why is asteroid Bennu shaped the way it is?

Position of the planets & several spacecraft in the inner solar system on November 9th:

INCUS mission to study the behavior of tropical storms

I think I say WOW! every time I see images from this Twitter feed!

LEGO to the MOON!

I pinned this to the top of my Twitter feed.

Students! Map out a route for a Mars rover!

“A hypnotizing vortex? A peek into a witch’s cauldron? A giant space-spider web?

In reality, it’s a look at the red giant star CW Leonis as photographed by NASA’s Hubble Space Telescope — just in time for celebrating Halloween with creepy celestial sights.

The orange-red “cobwebs” are dusty clouds of sooty carbon engulfing the dying star. They were created from the outer layers of CW Leonis being thrown out into the inky black void. The carbon, cooked up through nuclear fusion in the star’s interior, gives it a carbon-rich atmosphere. Blasting the carbon back into space provides raw material for the formation of future stars and planets. All known life on Earth is built around the carbon atom. Complex biological molecules consist of carbon atoms bonded with other common elements in the universe.

At a distance of 400 light-years from Earth, CW Leonis is the closest carbon star. This gives astronomers the chance to understand the interplay between the star and its surrounding, turbulent envelope. The complex inner structure of shells and arcs may be shaped by the star’s magnetic field. Detailed Hubble observations of CW Leonis taken over the last two decades also show the expansion of threads of ejected material around the star.

The bright beams of light radiating outwards from CW Leonis are one of the star’s most intriguing features. They’ve changed in brightness within a 15-year period — an incredibly short timespan in astronomical terms. Astronomers speculate that gaps in the dust shrouding CW Leonis may allow beams of starlight to pierce through and illuminate dust, like searchlight beacons through a cloudy sky. However, the exact cause of the dramatic changes in their brightness is as yet unexplained.

A star shines when the outward pressure from the fusion furnace at the core balances against the crush of gravity. When the star runs out of hydrogen fuel, the persistent pull of gravity causes the star to start collapsing. As the core shrinks, the shell of plasma surrounding the core becomes hot enough to begin fusing hydrogen. In addition, pressures and temperatures in the core rise to the point to ignite helium fusion. This generates enough heat to dramatically expand the star’s outer layers and swell up into a bloated red giant.

CW Leonis has an orange-reddish color due to its relatively low surface temperature of 2,300 degrees Fahrenheit. The green-tinted beams of light emanating from the star, however, glow at invisible mid-infrared wavelengths. In the absence of natural color, green has been added to the infrared image for better analysis through color-contrast.”
– NASA

I simply LOVE finding astronomical images that I’ve never seen before (like this) and sharing them with you!