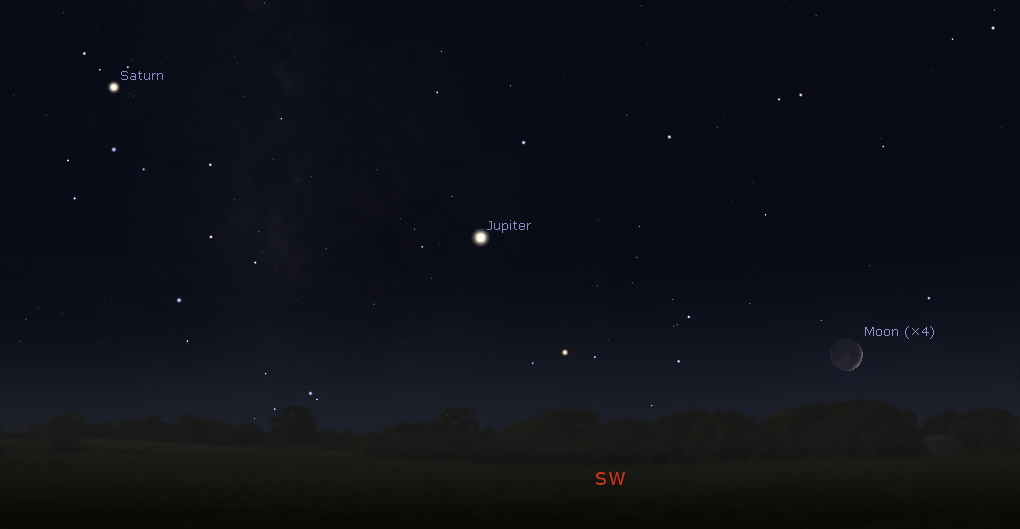 Saturn, Jupiter and the Moon will be excellent sidewalk astronomy targets all week.

Waxing crescent Moon low on the horizon with Jupiter and Saturn in the southwestern sky after sunset on Oct. 1, 2019. Credit: Stellarium / Bob Trembley

The Moon appears near both Jupiter and Saturn during this week.

The Moon leaves Saturn and Jupiter behind by the beginning of next week, but this sky is still great for doing observing sessions! 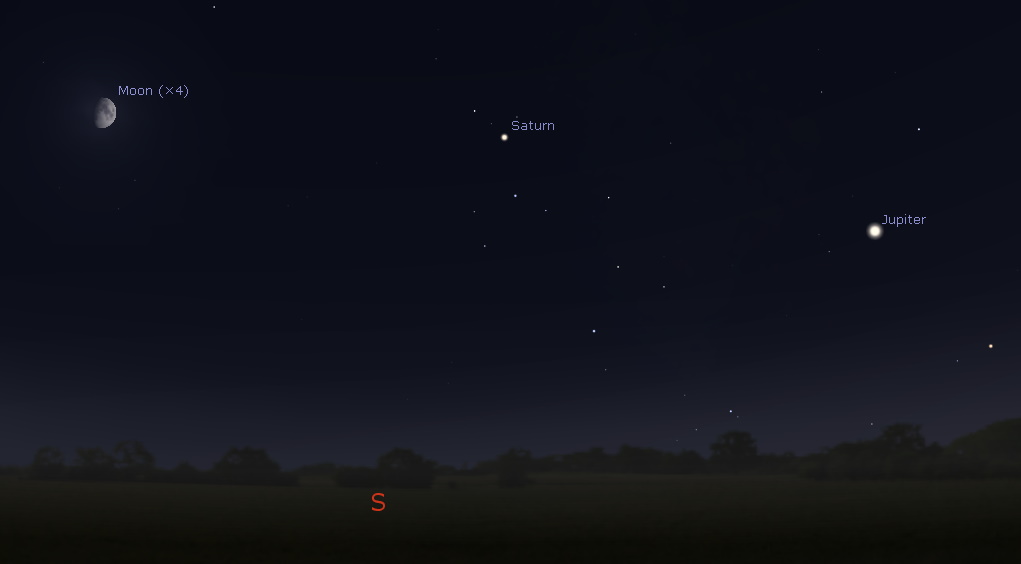 The Moon, Saturn and Jupiter across the southern sky after sunset on Oct. 7, 2019. Credit: Stellarium / Bob Trembley

Mars emerges from the glare of the Sun and appears low in the eastern predawn sky just before sunrise.

The Pleiades are high (and hard to miss) in the eastern predawn sky. 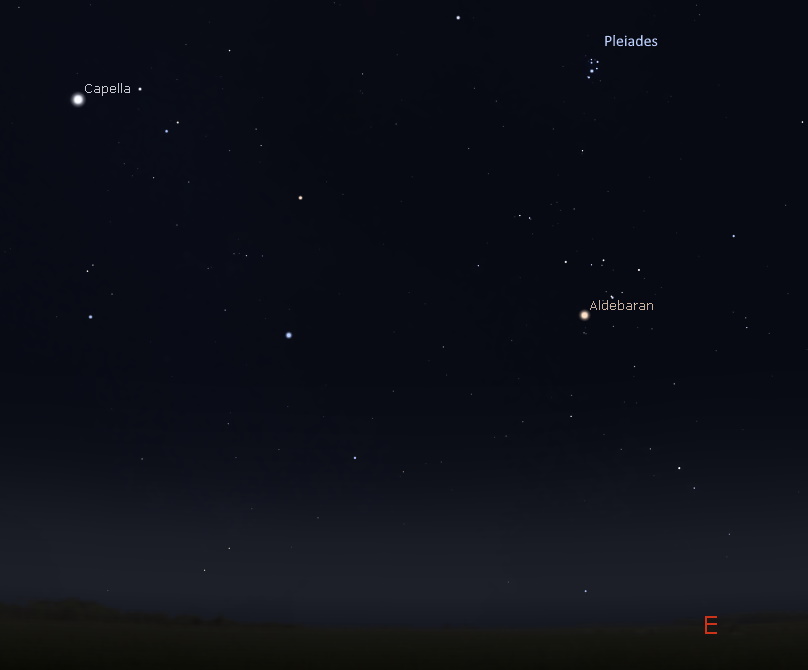 The constellation Cassiopeia appears in the northwestern predawn sky, and in the northeastern sky after sunset.

Messier 103 (also known as M103, or NGC 581) is an open cluster where a few thousand stars formed in the constellation Cassiopeia. This open cluster was discovered in 1781 by Charles Messier‘s friend and collaborator Pierre Méchain. It is one of the most distant open clusters known, with distances of 8,000 to 9,500 light-years from the earth and ranging about 15 light-years apart. There are about 40 member stars within M103, two of which have magnitudes 10.5, and a 10.8 red giant, which is the brightest within the cluster. Observation of M103 is generally dominated by the appearance of Struve 131, though the star is not a member of the 172-star cluster. M103 is about 25 million years old. – Wikipedia 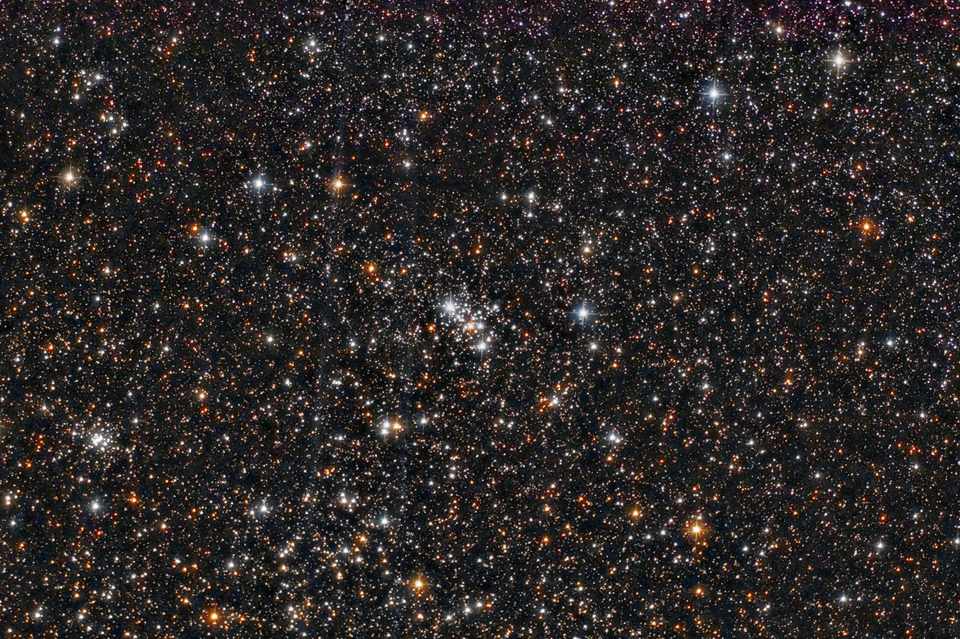 There are quite a few deep-sky objects in Cassiopeia. 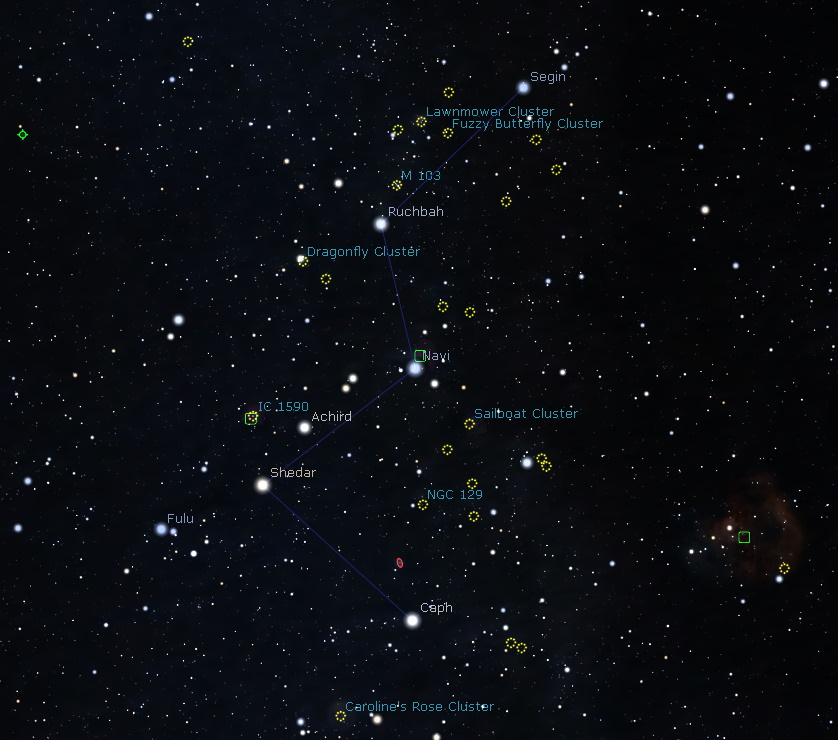 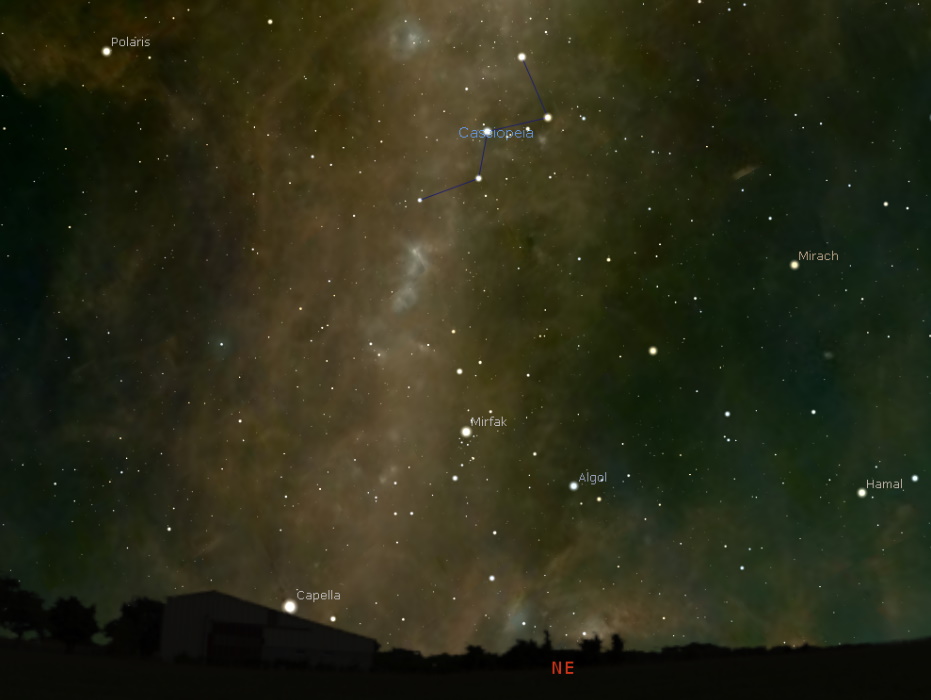 The first-quarter Moon occurs on Saturday October 5th, it will be visible high in the southern sky in early evening – great for sidewalk astronomy!

After October 5th, the Moon will be a waxing gibbous, visible to the southeast in early evening, and up for most of the night.

Just like the last 60 years, our future will continue to be a story of exploration. From going back to the Moon to figuring out if we’re alone in the universe, learn more about what’s next in honor of our #NASA60th anniversary: https://t.co/HZiG3pOIpN pic.twitter.com/fEMNJ31k05

The Sun has an emerging spot! As of this writing, the spot has not been assigned an Active Region (AR) number.

The northern coronal hole continues to be ginormous, and the southern hole seems to have reopened. A moderate-sized coronal hole also appears below the equator. 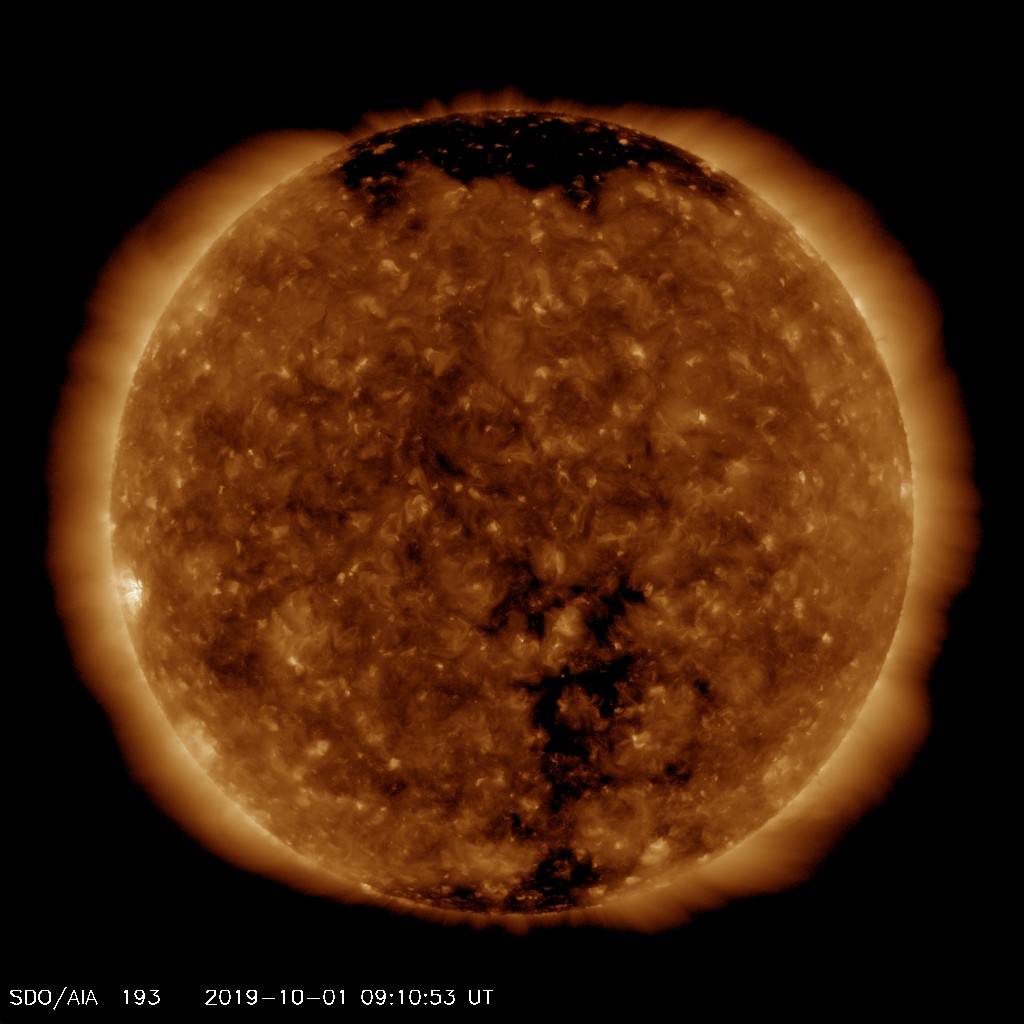 LOOK at that really cool prominence in the lower right! 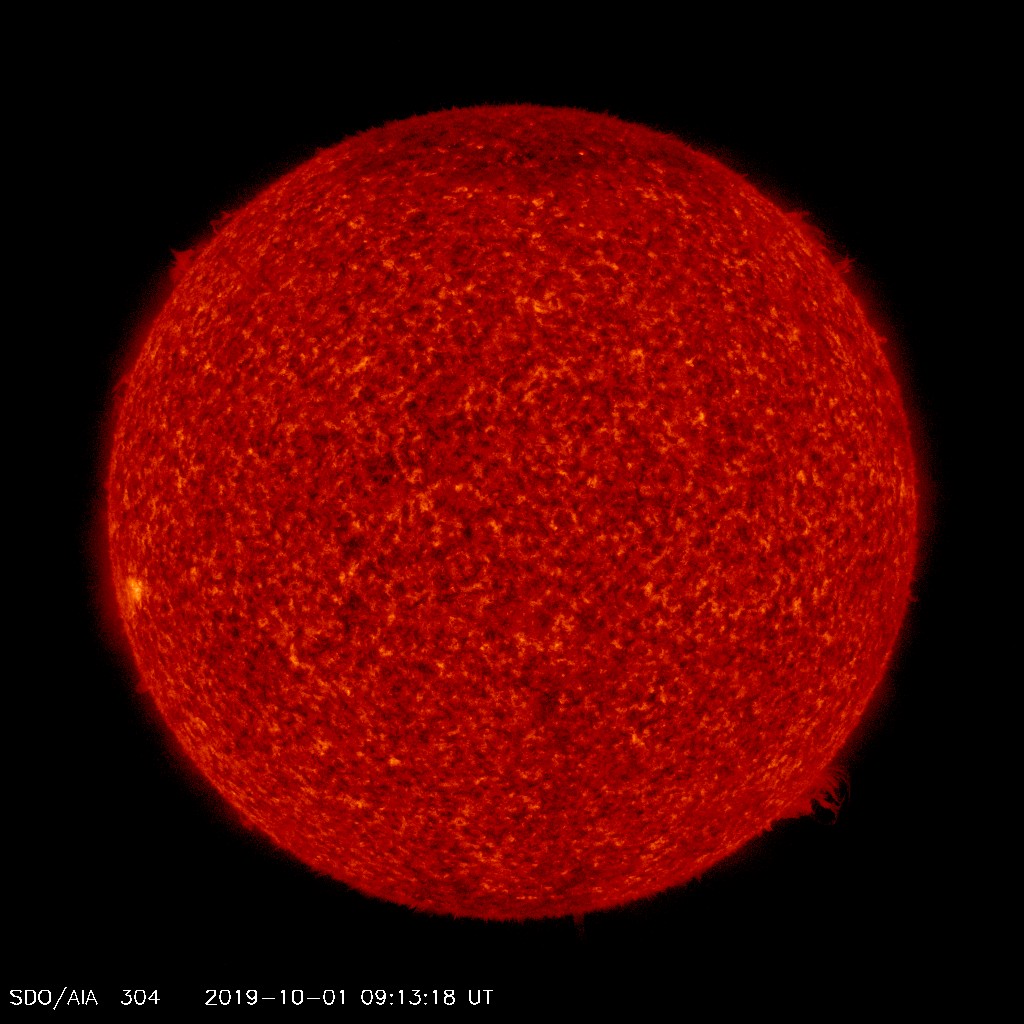 Another Daytime Fireball Caught by one of our camera operator this past week-end.

An alien comet from another star is passing through our solar system right now, as you read this.

The weirdest thing about it, I think, is that it’s not weird at all. I have updates on observations on this strangely normal object.https://t.co/ZHOXLJkXNd

☄️"The really cool thing about comets is that they are essentially time capsules that act as a chemical record of the places they were made in."#OnTheBlog learn all about comets, and our latest interstellar visitor from afar – C/2019 Q4 (Borisov): https://t.co/gkhEOFI511

Position of the planets and a couple spacecraft in the inner solar system – the Parker Solar Probe will soon pass orbit of Venus. 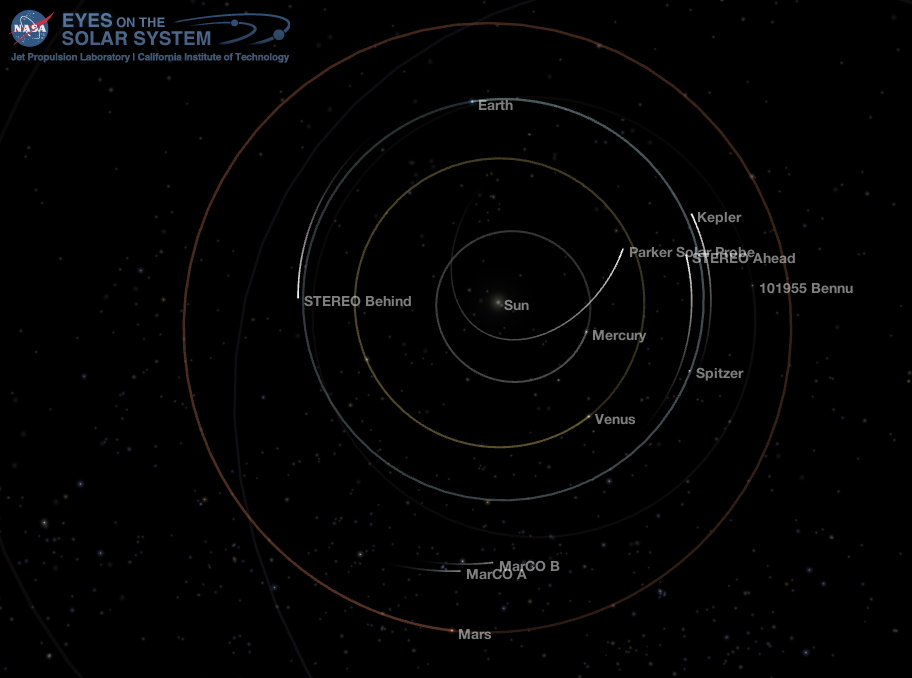 Position of the planets and some spacecraft in the inner solar system, Oct. 1 2019. Credit: NASA Eyes on the Solar System / Bob Trembley. 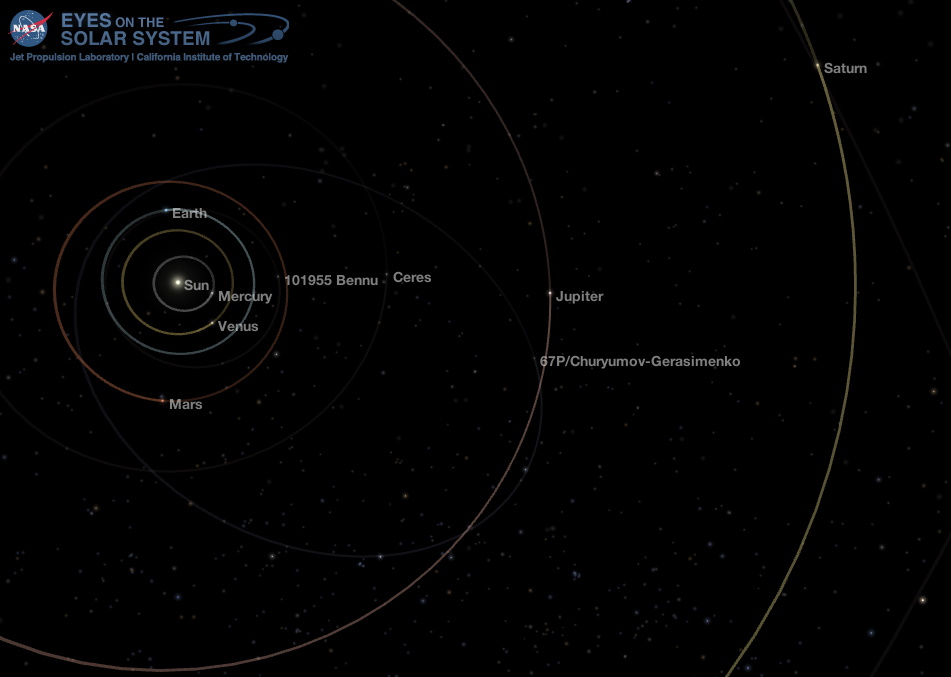 Position of the planets in the middle solar system, Oct. 1, 2019. Credit: NASA Eyes on the Solar System / Bob Trembley. 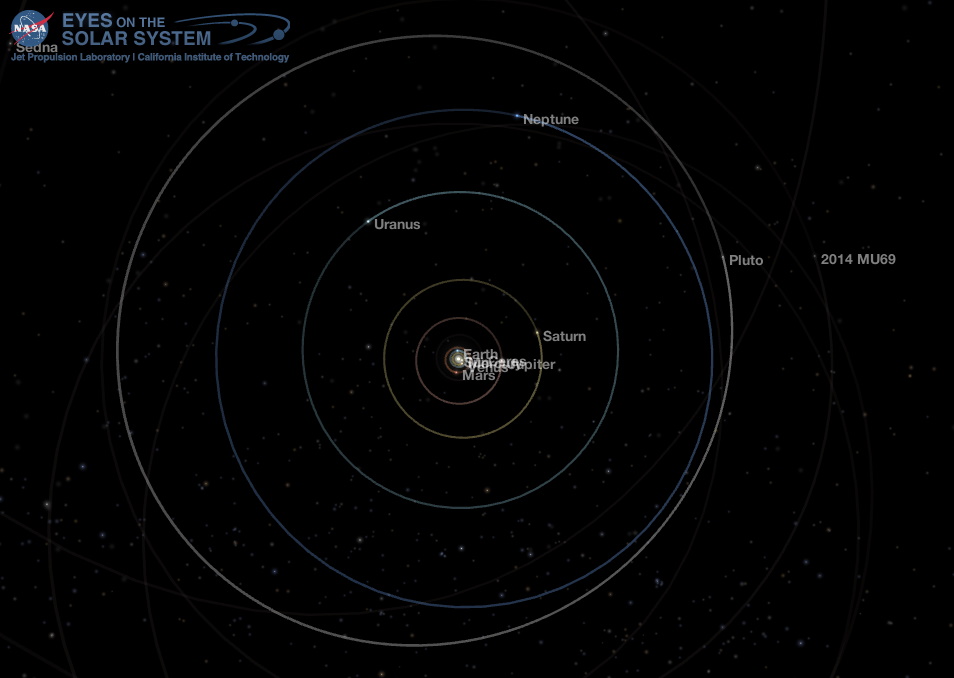 Position of the planets in the outer solar system, Oct. 1, 2019. Credit: NASA Eyes on the Solar System / Bob Trembley.

Pluto’s Orbit compared to the plane of the ecliptic: 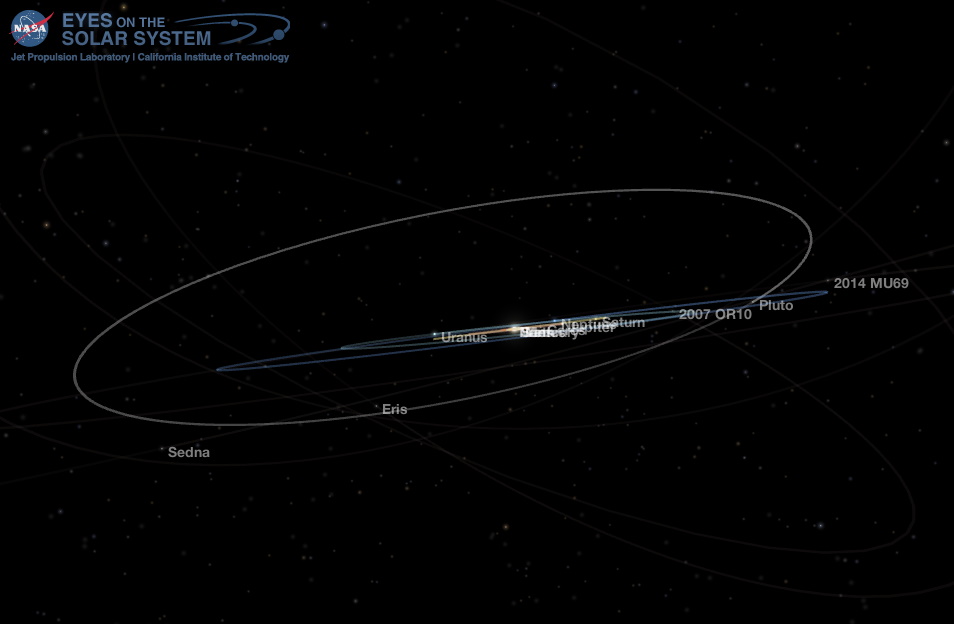 Orbit of Pluto, Oct. 1, 2019 – showing inclination to the plane of the ecliptic. Credit: NASA Eyes on the Solar System / Bob Trembley.

I spent some time in the Pluto system in SpaceEngine generating images for this post. Actually, I spent rather more time there than I thought, but hey, it’s fun to get completely lost in something you love! 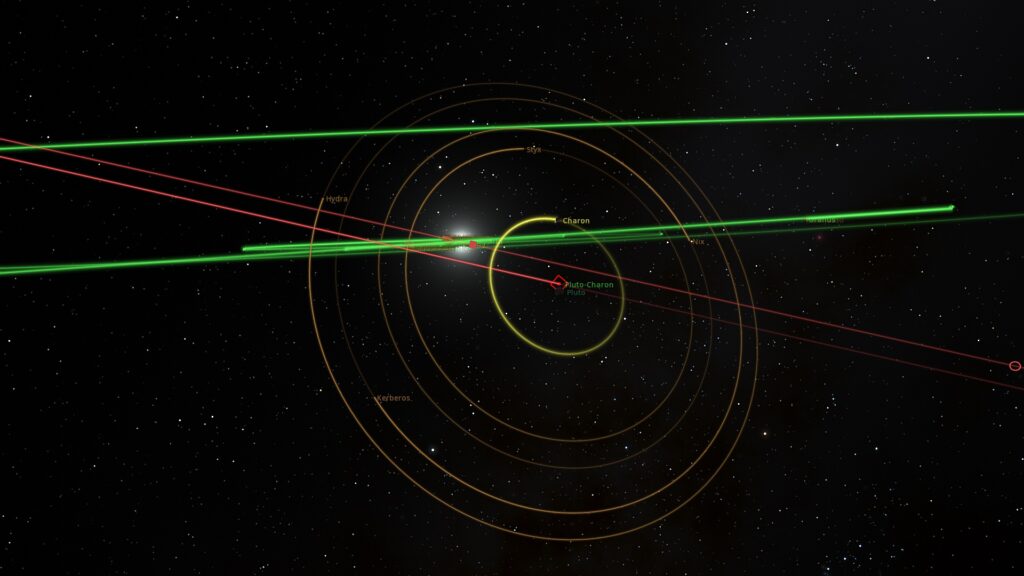 Artist’s conception of a the orbital plane of Pluto’s moons in the year 2019 compared to the plane of the ecliptic – rear view. Pluto’s orbit is red, other planet’s orbits are shown in green. Credit: SpaceEngine / Bob Trembley

Pluto and Charon orbit so close to each other that they are tidally-locked with each other; they orbit a common barycenter – which is above the surface of Pluto, so Pluto appears to wobble as Charon orbits around it. 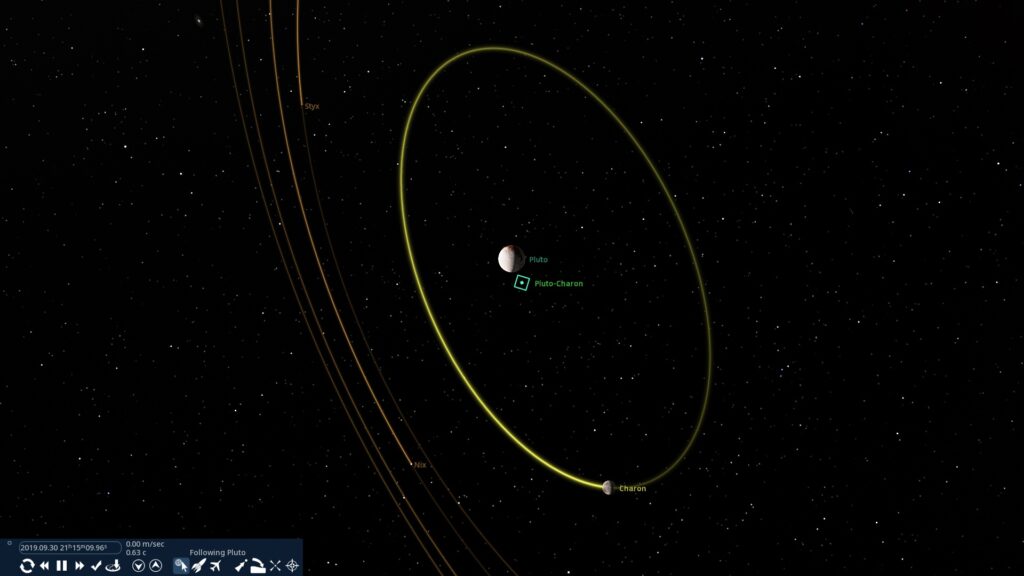 Artist’s conception of a the orbital plane of Pluto’s moons in the year 2019 – side view. The light blue square is the Pluto-Charon barycenter. Credit: SpaceEngine / Bob Trembley 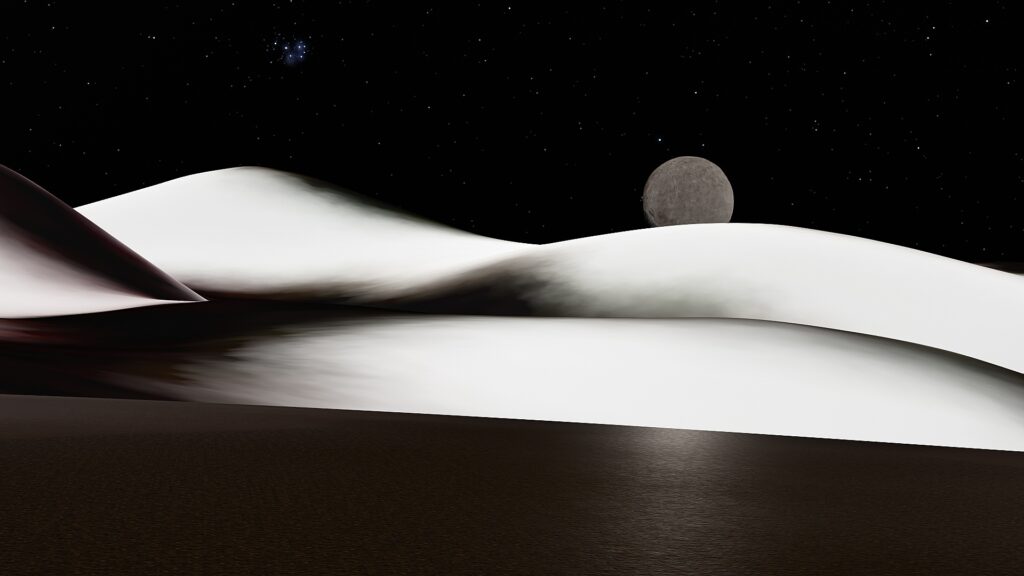