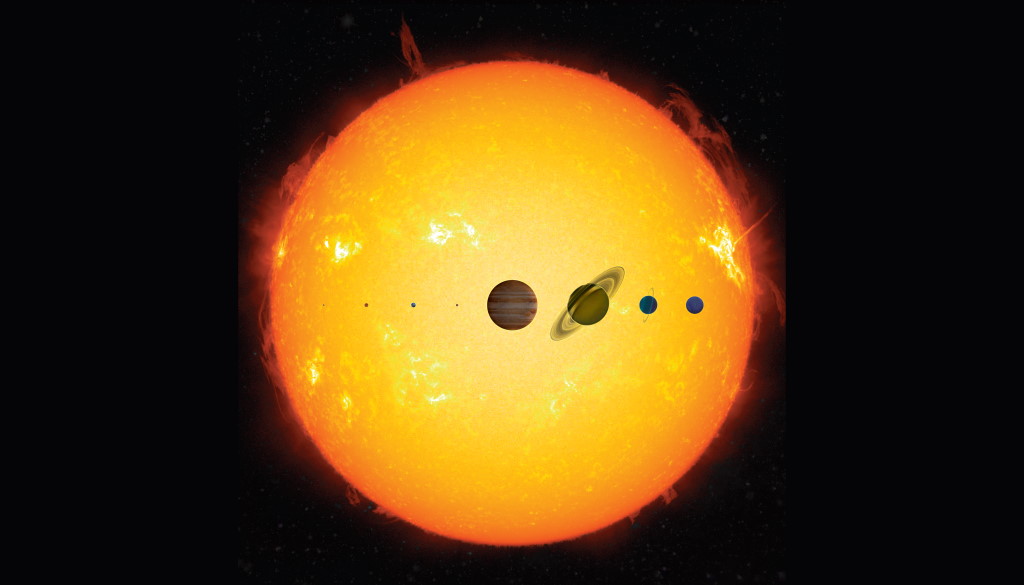 Endeavour Space Academy: No Agenda Survives Contact with the Students

Once again, I had a list of topics… but this time only a couple of them got covered… student questions and the discussions they spawned took me on tangents I was not expecting, and required me to retrieve a lot of images.

One student asked “What is the Sun made of?” I quickly described the Sun, and showed a comparison of the Sun and the Earth – which got a “WOW!” Apparently, I really need to give my Sun lecture!

I showed this “Life Cycle of Stars” video:

This video got us into a discussion about galaxies: their structure, and where our Sun is in the Milky way. I showed the students a portion of “Hubble’s UItra Deep Field in 3D” video; I said “You see all those galaxies in that tiny little portion of the sky? Spread that out over the entire sky!” Eyes got wide.

I discussed Citizen Science projects, and had the students sign-up for a Zooniverse account, and encouraged them to look at the plethora of projects and choose one to participate in. I mentioned that I’ve heard of several students like them having been credited with discovering things like exoplanets![1][2]

Students that had smartphones were asked to install Celestron Skyportal – a free app that has that cool “window on the sky” feature. Skyportal is a custom version of the very popular SkySafari, and is free to use; if you have a Celestron telescope, you can control it with this app too!

This week, we discussed the Big and Little Dipper, asterisms, and star-hopping. We showed the students how to star-hop to Polaris and Arcturus from the Big Dipper. We asked them to see if they could resolve Mizar as a double star.

Broken record time: Jupiter and Saturn are excellent viewing targets in the southeastern sky after sunset; the Moon appears near the two planets from Oct. 13-15th. 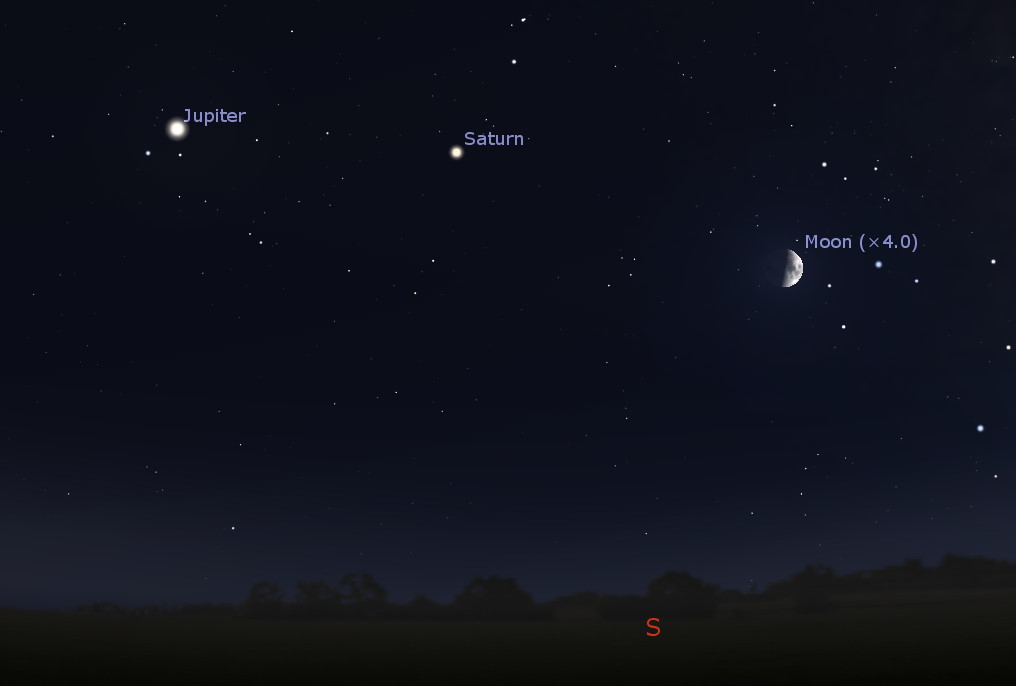 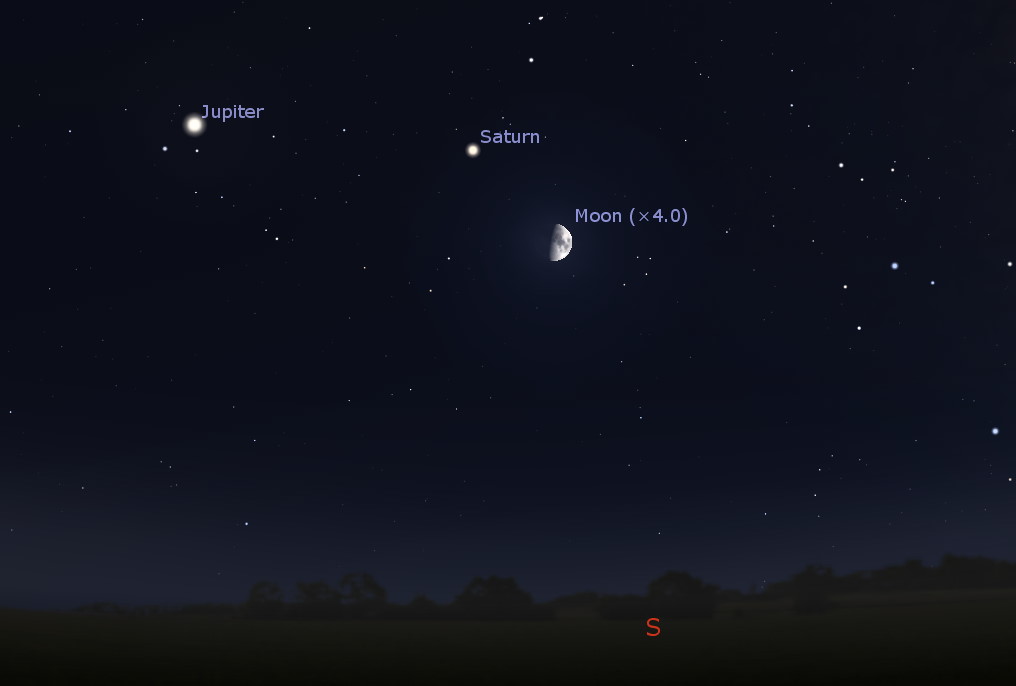 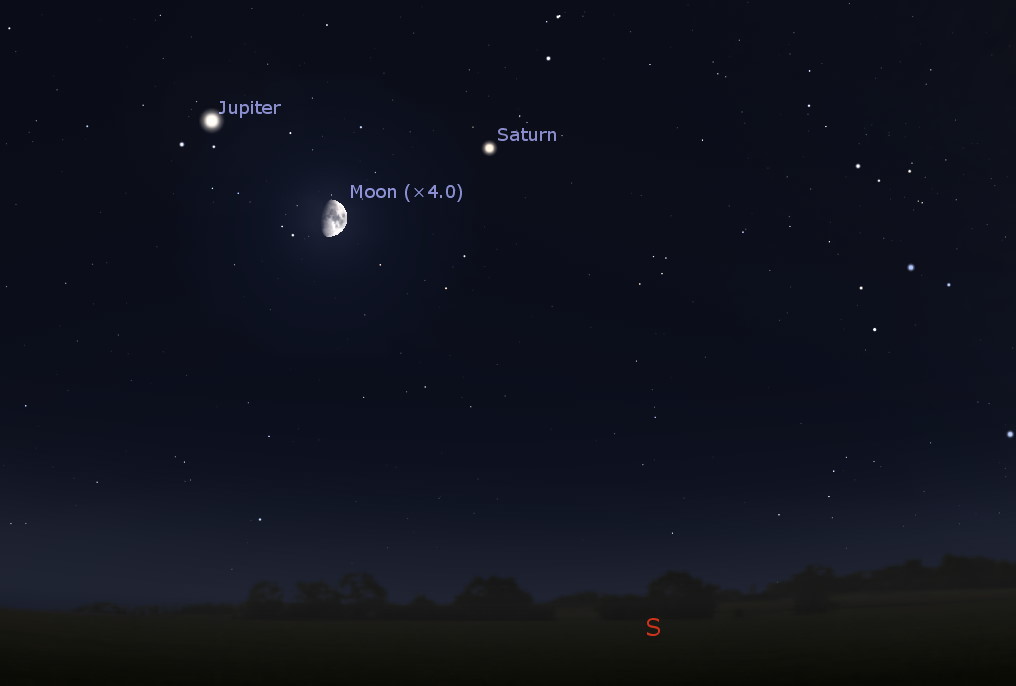 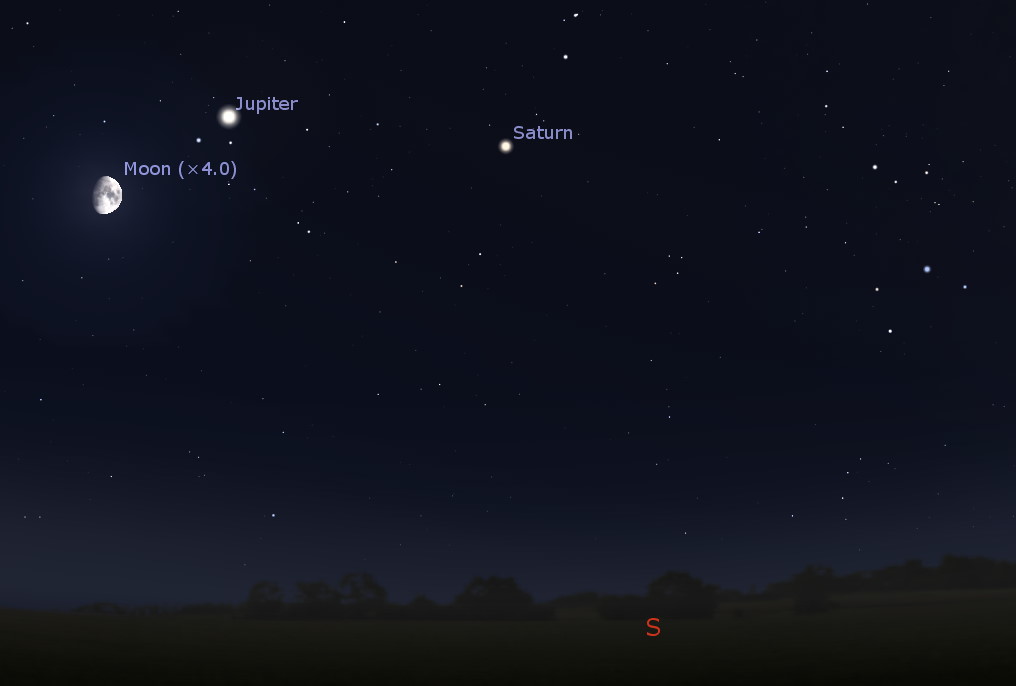 Broken record time – the flip side: Venus continues to appear low above the southwestern horizon after sunset, moving slightly southward towards the star Antares each evening. Venus will remain close to the star Antares until Oct. 18th – it will be closest to Antares on the 15th and 16th. Venus oddly maintains its height above the horizon, while Antares gets lower with each evening.

The Sun has 3 spots – one large and two smaller; one is rotating out of view. SpaceWeather.com says: “The magnetic field of sunspot AR2882 is decaying, reducing the chance of another strong flare”

We have asteroid shapes!!!

This is VERY cool!

Discussion of the Hera Mission

Position of the planets & several spacecraft in the inner solar system on October 12th:

The Lucy mission was ALL OVER Social Media! 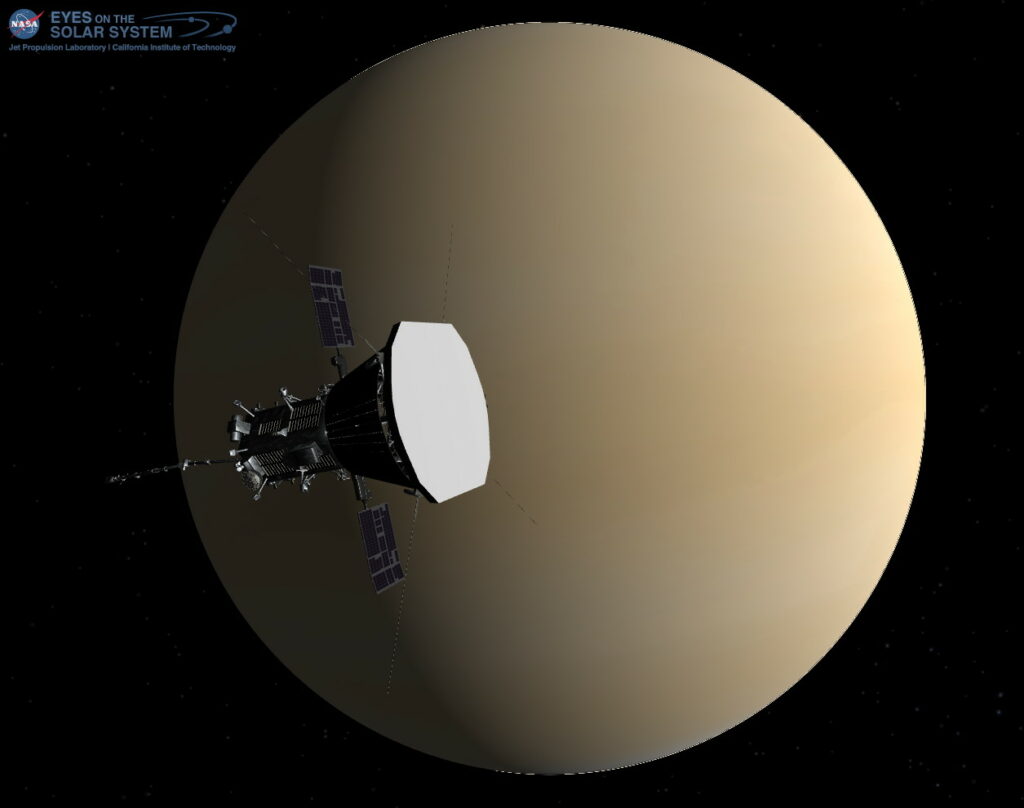 The image above is an artist’s rendering shows the eight major planets of our solar system lined up as if they were transiting the Sun. The graphic is intended to show the accurate scale of the planets, relative to each other and the Sun. Credit: NASA.

Look up for a new view, new perspective – Lutheran Alliance for Faith, Science and Technology