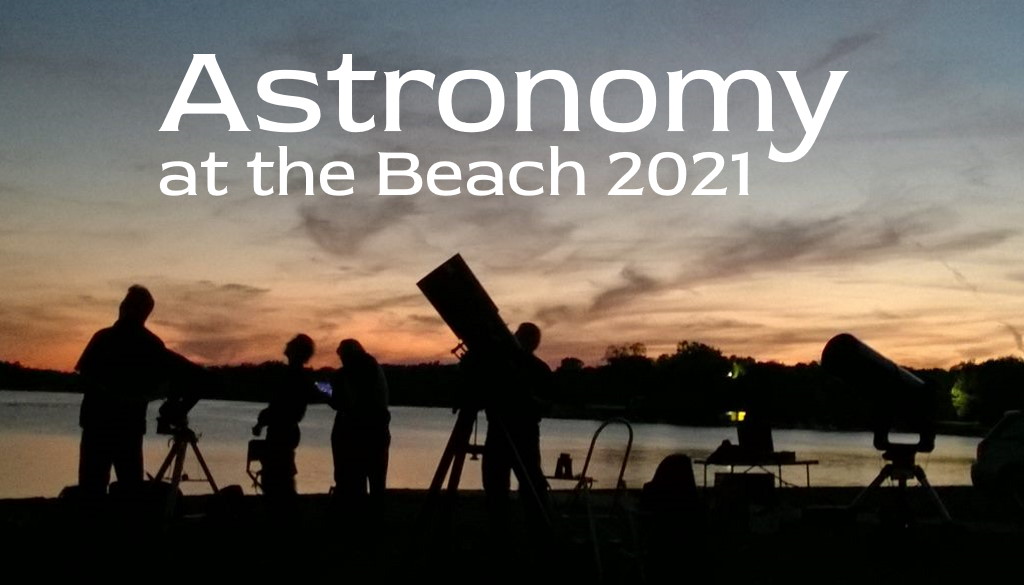 Astronomy at the Beach!

The State of Michigan is incredibly lucky to have so many active astronomy clubs and amateur astronomers. Each September, the Great Lakes Association of Astronomy Clubs hosts the Astronomy at the Beach event – this will be their 25th year. This year the event will be held both Friday and Saturday Sept. 24 & 25.

Due to COVID, the event is being held online again this year; not a single astronomer wanted there to be any chance that the event or their equipment would be a vector for the spreading the virus – especially to children, who typically make up a good percentage of the attendees.

The original idea was to “only do telescope live-streaming,” but the Ford Amateur Astronomy Club (FAAC) decided to host various presentations on their Zoom channel all evening. This pushed ME over the edge, and I scheduled a presentation each evening too! We’ve even arranged to live-stream southern hemisphere skies!

Fri: Mission to Mars in KSP

Sat: Tour of the Solar System in SpaceEngine

Both Friday and Saturday, the FAAC will be hosting an “Astro Hangout” with a bunch of Michigan astronomers – including myself! Come and join us!

Jupiter and Saturn continue to appear in the southeastern sky after sunset all week.

Venus appears low above the southwestern horizon after sunset throughout December.

The Moon appears in the eastern sky with the Pleiades star cluster, and the star Aldebaran at midnight on Sept. 25th.

The Moon appears near the star Aldebaran in the eastern sky shortly after midnight on Sept. 27th.

The sky shortly after sunset this week:

Forget “Snakes on a Plane” – how about “VIPERS on Luna!”

The Sun has 3 sunspots – one of them is pretty large!

SpaceWeather.com says: “Sunspot AR2871 is crackling with C-class solar flares.” They also report: “A dark filament of magnetism exploded away from the sun’s southern hemisphere on Sept. 19th. Watch the movie. NOAA analysts say the debris could reach Earth on Sept. 23rd in the form of a weak CME. A likely glancing blow could spark minor G1-class geomagnetic storms.”

The Sun seen in 193 angstroms on September 20th.

WOW! Super active Sun this week! Both north and south coronal holes are open, and there’s a couple big ones right smack in the center of the Sun’s face. All the sunspots are obvious from their coronal loops, and there’s something in the upper left rotating into view.

The Sun seen in 304 angstroms on September 20th.

Prominences, filaments and flares, oh my!

Analysis based on data from the Hayabusa-2 mission

Tunguska-like airburst may have destroyed a Bronze-age city 3,700 years ago!

Position of the planets & several spacecraft in the inner solar system on September 21th:

This conversation caught my eye

Learn about the #Landsat 9 Mission

Astronomy at the Beach

Michigan astronomers can’t wait to be able to host the Astronomy at the Beach event live and in-person again – join us online this weekend!