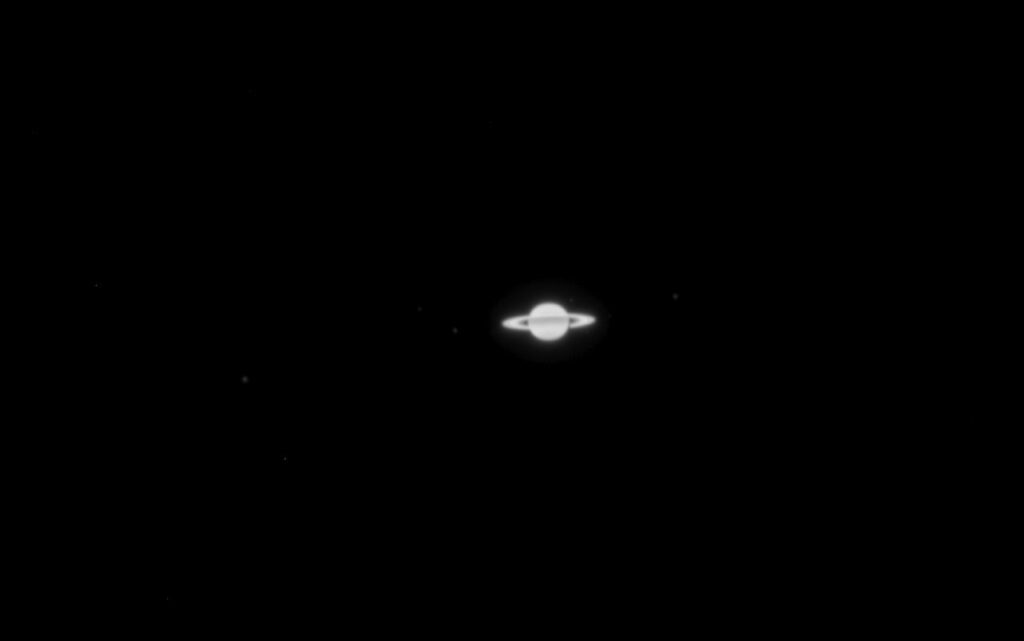 Bob with telescopes at Penguicon, a Science Fiction Convention in Southfield, Michigan – May 3 2014. Credit: Scott Kennedy

I’ve been asked “Is that REAL?” several times when showing Jupiter or Saturn through my telescope. Sometimes the viewer adds “Is there a screen in that thing?” I joke about how a light touch on the telescope shakes the image around a bit – sometimes I get gasps from the viewer when I do that, when they realize that YUP! It’s REAL!

This morning, in the glum moments before my first cup of coffee, I wondered: did those viewers think I had them look through my telescope so I could FOOL them, or LIE to them somehow? That’s a lot of effort for me to go through just to be a jerk…

For a vast majority of the public who look through my telescope, it’s their first time doing so. “Oh Wow!” is always satisfying to hear, and common with first-timers. But let’s have a look at that a bit closer – that person is saying “Oh WOW!” because they’re having “a first-time experience,” one that in some instances can be so moving, it causes them to exclaim – sometimes verbally (occasionally R-rated), sometimes even physically. How often in your daily life does this happen to you?

I was set up at a science fiction convention showing Saturn to attendees; a young woman completely flipped-out when she saw Saturn: she screamed, reared-back, jumped up and down shaking her hands around in the air, looked again, then flew back through the hotel lobby screaming that everybody needed to go out and look at Saturn RIGHT NOW! I’m pretty sure that qualifies as a “life-changing experience” for her – and all it took, was 5 seconds and a telescope. Everyone should have that opportunity.

The recent total solar eclipse was a rare and spectacular astronomical event that millions of U.S. citizens got to experience; I’ve talked to dozens of people who said it was awe-inspiring. Astronomy can DO that!

So as the next school year starts this fall, I’m asking that you, the public: parents, PTOs, social groups, whoever – arrange to have a telescope (or two) at your local schools and libraries in the evening. Give students and the public their 5 seconds at the telescope; you will offer them an educational experience, and maybe even change one of their lives.

In the U.S., you can find local astronomy clubs and societies and events through the NASA Night Sky Network – several of these clubs host free public star parties, and have members with telescopes who will come to your school.

Volunteer NASA/JPL Solar System Ambassadors are in every state; SSAs will also come to your school or other venue, run workshops, lecture about astronomy and space science, and setup telescopes too – for free!