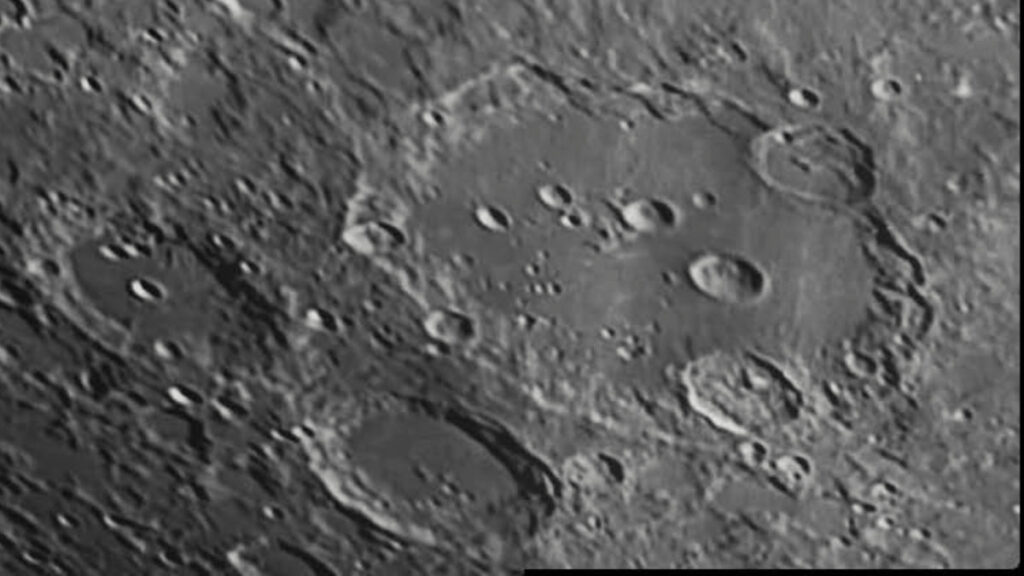 And then I wrote… in 2015 I was asked to write a series of short entries for the Cambridge University Press Jesuit Encyclopedia. (Do you remember the Mickey Mouse Club song that taught you how to spell “encyclopeida”?) Here’s what I gave them for Astronomy:

Jesuit work in astronomy is in keeping with the incarnational nature of Jesuit spirituality: to “Find God in All Things.” Indeed, in his Autobiography, St. Ignatius noted that “the greatest consolation that he received … was from gazing at the sky and stars, and this he often did and for quite a long time.”

The modern science of astronomy began with Copernicus’ On the Revolutions of the Heavens (1543). That work was used in the Gregorian reform of the Calendar in 1582, in which the Jesuit mathematician Christopher Clavius (1538-1612) played an important role. Clavius also promoted the teaching of mathematics, including astronomy, in the Ratio Studiorem.

Clavius was one Galileo’s early supporters among the Jesuits of the Roman College, who feted Galileo in 1611. However, disputes between Galileo and the Jesuits Christopher Scheiner (1573-1650) on the nature of sunspots, and Orazio Grassi (1583-1654) on the nature of comets, soured relations between him and the Jesuits. When Cardinal Robert Bellarmine (1542-1621), himself a Jesuit, delivered an injunction to Galileo in 1616 against teaching the Copernican system, Galileo faulted the Jesuits for not supporting him. Later, he blamed Jesuit hostility as a cause for his infamous trial in 1633.

Scientific evidence in favor of heliocentrism was not yet well established in the 17th century. In The New Almagest (1651), Jesuit astronomer Giovanni Battista Riccioli (1598-1671) noted that observations of the planets alone could not distinguish the Copernican system from the Tycho Brahe system, where the planets orbit the Sun but the Sun orbits the Earth. In that same book, Riccioli produced an accurate telescopic map of the Moon, devising the nomenclature system still used today. Lunar craters are named for prominent scientists; Riccioli named two dozen for Jesuits. (The current count of Jesuits on the Moon is 33.)

A number of Jesuits served as astronomers at the Roman College from the 17th to the 19th centuries. Christoph Grienberger (1564-1636) observed with Galileo’s telescope and invented the equatorial mounting (with one axis parallel to the Earth’s). Odo van Melcote (1572-1615) observed the nova of 1604; his observations placed the nova in the same location as seen by observers elsewhere in Europe, showing that it was not merely an effect in Earth’s atmosphere but a phenomenon that occurred well beyond the Moon’s orbit. Nicola Zucchi (1586-1670) invented the reflecting telescope. Athanasius Kircher SJ (1601-1680) made some of the first detailed telescopic drawings of Jupiter and Saturn.

Thanks in part to the efforts of the Jesuit astronomer Roger Boscovich (1711-1787), the Vatican lifted its prohibition against teaching heliocentrism in 1757. Boscovich studied telescope optics, cometary orbits, and promoted observations of the transits of Venus in 1761 and 1769. By measuring where Venus appeared to cross the Sun as observed from many different locations on Earth, one could calculate the distance from Earth to Sun as a function of the distance between the terrestrial observing locations. At that time, 25% of all observatories in Europe were run by Jesuits; notably, the director of the Vienna Observatory, Maximilian Hell (1720-1792), observed the transit from Sweden by invitation of the Swedish king, at a time when Jesuits were otherwise banned from Sweden.

Jesuits missionaries worldwide contributed to such observations. Notable among them were Ferdinand Verbiest (1623-1688) and other Jesuits at the Imperial Observatory in China; and missionaries in South Africa, Siam and India, including the first discoverers of double stars, Jean de Fontanay (1643-1710) and Jean Richaud (1633-1693).

Jesuit astronomy continued after the restoration of the Society. Etienne Dumouchel (1773-1840), and Francesco de Vico (1805-1848), were the first to recover Comet Halley, in 1835. The most notable 19th century Jesuit astronomer was Angelo Secchi (1818-1878), famous for his observations of Mars and his pioneering work on stellar spectra. He was the first to develop a classification scheme for stellar spectra, classifying more than 4000 stars including the first identification of carbon-rich stars. He also made spectral observations of the atmospheres of Mars, Jupiter, Saturn, Uranus and Neptune, and found carbon lines in comets, meteors, and nebulae. By changing the work of astronomy from measuring stellar positions, to measuring stellar composition, he is often credited as the “Father of Astrophysics”.

Secchi’s success at representing the Holy See in scientific congresses may have inspired the foundation of a permanent Vatican Observatory in 1891. The Jesuit astronomer Johann Hagen (1847-1930) was made director of the Observatory in 1904, and the staffing of the observatory was entrusted to the Jesuit order in 1934, who continue to operate it today. Among its notable achievements are its contribution to the international Carte du Ciel photographic star atlas, under Fr. Hagen; the spectroscopic laboratory under Alois Gatterer (1886-1953) including the founding of the journal Spectrochimica Acta; and the work of William Stoeger (1943-2014) in philosophy, religion, and science.

Graney, C. M. (2015). Setting Aside All Authority: Giovanni Battista Riccioli and the Science against Copernicus in the Age of Galileo. South Bend: University of Notre Dame Press, 280 pp.