The planets are going away. As we head into winter, that glorious chain of planets that has been strung across the evening sky for months is disappearing into the sunset. Back in August you could just walk outside and see Venus, Jupiter, Saturn and Mars (and often the moon) lined up from west to east across the zodiac constellations. Now we are down to just Mars and Saturn, and soon enough it will just be Mars, and then none.

The sky just after sunset on August 17, 2018. Four planets and the moon are visible. Click image to enlarge.

Back in 1922 the planets were lined up in the summer sky much like they were this summer, and Pope Pius XI, who liked astronomy and was very involved with the Vatican Observatory, got a look at them through one of the V.O. telescopes. The V.O. telescopes were at that time on the grounds of the Vatican itself, mounted along one of the walls, right by St. Peter’s, as can been seen in this cool photo from that era. 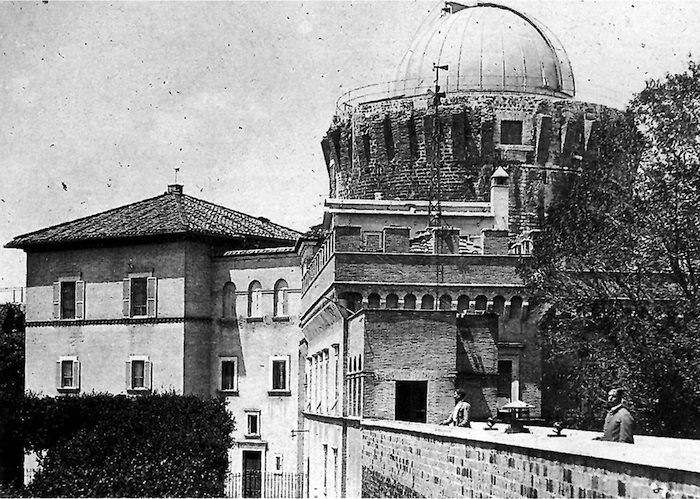 According to records gathered by Fr. Sabino Maffeo, S.J. (an astronomer with the V.O.) and recorded in his 2001 book on the history of the V.O., In the Service of Nine Popes, on the evening of July 29, 1922 Pope Pius visited the V.O., and observed the Moon, Venus, Saturn, Jupiter, Mars, and a star cluster through one of the telescopes. By using some planetarium software such as Stellarium, we can get an idea of what the Pope saw when he was looking up at the sky, and when he was looking through that telescope. What he saw was something very much like these simulations of what the sky and the planets looked like on that evening:

The sky just after sunset on July 29, 1922. Four planets and the moon are visible. Click image to enlarge. 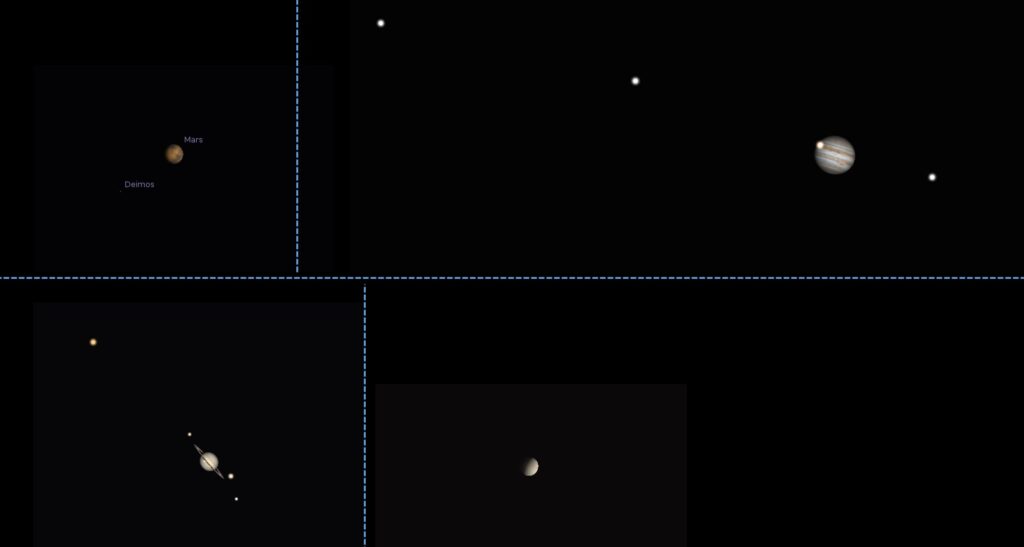 Clockwise from top left: simulated views of Mars, Jupiter, Venus, and Saturn as they appeared as seen through a telescope on the evening of July 29, 1922. Click image to enlarge. 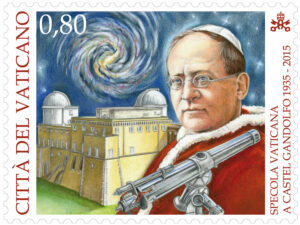 In the 1930’s, with more and more electric lighting coming into use, Pope Pius XI oversaw the V.O. moving its telescopes to the pope’s summer residence at Castel Gandolfo to get away from the lights of Rome. Then in the 1990’s the V.O. built a telescope on Mt. Graham in Arizona—a long, long way from the Vatican. But sometimes accessibility is just as important as dark skies. Astronomers are willing to travel to remote areas to use telescopes, but others, including leaders who do have interest in astronomy, might not be. Perhaps the V.O. should put a dome back on the walls of the Vatican, so the pope can just say “hey, I was looking up this evening, and was wondering if we could look at that through the telescope”.