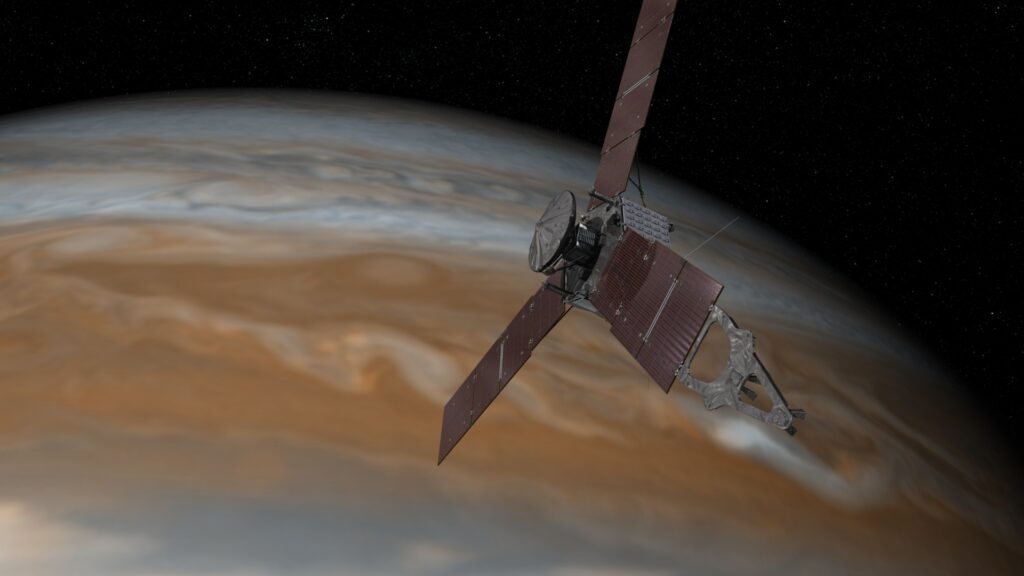 Since its launch five years ago, there have been three forces tugging at NASA’s Juno spacecraft as it speeds through the solar system. The sun, Earth and Jupiter have all been influential — a gravitational trifecta of sorts. At times, Earth was close enough to be the frontrunner. More recently, the sun has had the most clout when it comes to Juno’s trajectory. Today, it can be reported that Jupiter is now in the gravitational driver’s seat, and the basketball court-sized spacecraft is not looking back.

“Today the gravitational influence of Jupiter is neck and neck with that of the sun,” said Rick Nybakken, Juno project manager at NASA’s Jet Propulsion Laboratory in Pasadena, California. “As of tomorrow, and for the rest of the mission, we project Jupiter’s gravity will dominate as the trajectory-perturbing effects by other celestial bodies are reduced to insignificant roles.”

Juno was launched on Aug. 5, 2011. On July 4 of this year, it will perform a Jupiter orbit insertion maneuver — a 35-minute burn of its main engine, which will impart a mean change in velocity of 1,212 mph (542 meters per second) on the spacecraft. Once in orbit, the spacecraft will circle the Jovian world 37 times, skimming to within 3,100 miles (5,000 kilometers) above the planet’s cloud tops. During the flybys, Juno will probe beneath the obscuring cloud cover of Jupiter and study its auroras to learn more about the planet’s origins, structure, atmosphere and magnetosphere.

Juno’s name comes from Greek and Roman mythology. The mythical god Jupiter drew a veil of clouds around himself to hide his mischief, and his wife — the goddess Juno — was able to peer through the clouds and reveal Jupiter’s true nature.

For more information about Juno visit these sites: http://www.nasa.gov/juno and http://missionjuno.swri.edu 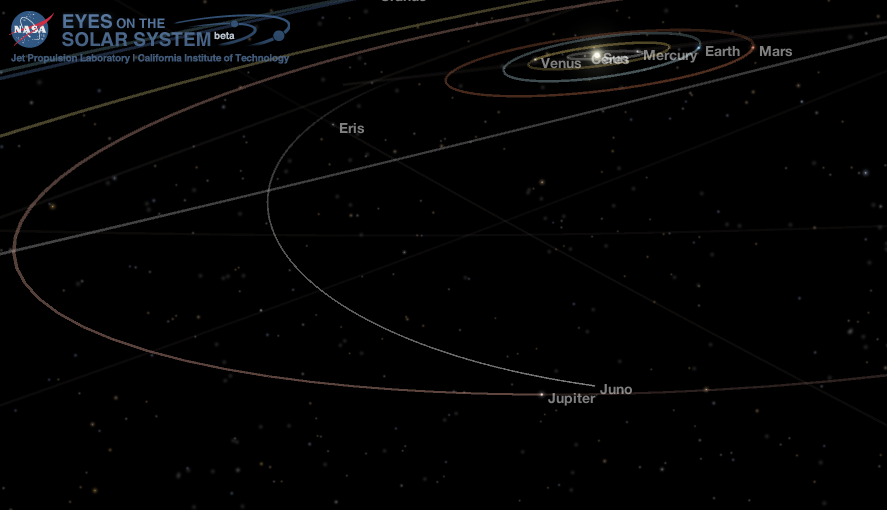 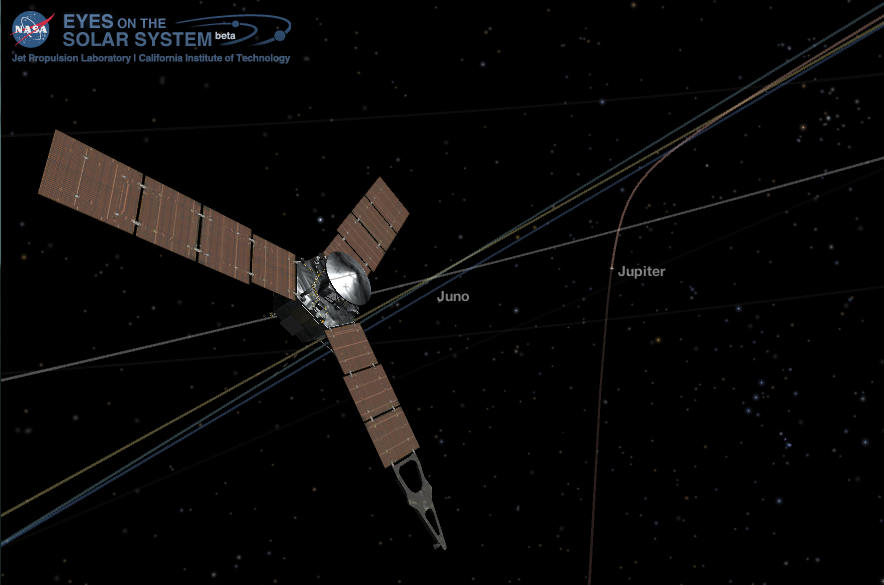 Jupiter would be VERY bright when seen from the Juno Spacecraft on May 30 2016, but its disk will not resolve for a few more days. Credit: NASA Eyes on the Solar System / Bob Trembley