This is the second “Kentucky Science Conversations” guest blog.  As mentioned in last week’s post, Prof. Gerry Williger, an astronomer at the University of Louisville here in Kentucky, and Louisville’s Archbishop Joseph Kurtz set in motion a series of ongoing conversations about science.  This conversation has included Williger, Kurtz, Tim Dowling, who studies planetary atmospheric dynamics at UofL, and Kate Bulinski, a geoscientist with the School of Environmental Studies at Bellarmine University in Louisville, and me. I of course had to encourage all of these folks to contribute posts to this blog.

Today we have a guest post from Professor Kate Bulinski, who is is an Associate Professor of Geosciences in the School of Environmental Studies at Bellarmine University. She received her B.S. in Geoscience from The Pennsylvania State University in 2002 and her Ph.D. in Geology from University of Cincinnati in 2008. In addition to teaching classes for undergraduate students each semester, she pursues paleontological research often involving her students. Her current research efforts are focused on the paleoecological relationships at the Devonian Falls of the Ohio coral fossil beds in Clarksville, Indiana. Most recently, she completed a sabbatical including two months of intensive field work there in the fall of 2017. She regularly conducts public outreach, particularly through paleontology education workshops for K-12 teachers and through Kentucky Interfaith Power and Light, an interfaith non-profit group that works with faith communities to respond to environmental concerns. As a product of these efforts she was awarded the Kentucky Academy of Science Excellence in Science Education and Outreach Award in the fall of 2017. 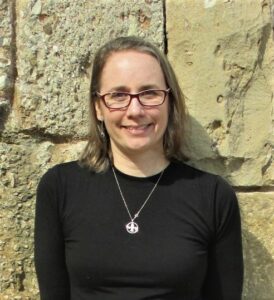 It may seem a little strange for a paleontologist to be contributing to an astronomy blog, but there is one factor that unites the two disciplines: the concept of deep time.

It is very difficult for humans to get a sense of the scope and scale of the age of the Earth and the universe. We have a tendency to think in terms of human time scales. To the average person, a few centuries is quite old, and in terms of the age of the Church, the time frame of a couple of millennia is ancient. For a paleontologist however, our time scales are framed by many millions if not billions of years of Earth history.

Taking this wide-angle view of the history of our planet gives me a very different perspective of humanity’s relationship to the Earth and, to borrow a phrase from Douglas Adams, makes me also think very differently about life, the universe, and everything.

When you begin to think like a paleontologist, you start to realize how the fossil record reveals a magnificent history of our planet. From the smallest microbes pumping oxygen into our early Precambrian atmosphere several billion years ago, to the advent of shelled ocean-dwelling creatures more than 500 million years before the present, one thing is clear: the evolution of life on our planet was a time-intensive enterprise. It is in this vast expanse of time that life responded to shifting climates, the movement of tectonic plates and the changes in ocean chemistry that produced the environments where some organisms thrived while others did not. Incredible episodes of ecological crisis and mass extinction unfolded on our planet long before mammals, let alone humans beings, existed.

When you begin to recognize the scope of these time scales, it is impossible not to feel incredibly humbled by the seeming insignificance of the human species as an inhabitant on the 4.6 billion-year-old Earth. It was an incredible responsibility for humans to inherit the charge to care for creation, and it was also a responsibility that I do not think we initially had the wisdom to properly cultivate. I believe we as humans are just now awakening to the horror of what our species has done to our beautiful planet in a geological blink of an eye. As a person of faith, it is impossible for me not to feel devastated when I see how the modern human being has abused our world.

There is no doubt that our use of the Earth’s resources has improved the human condition. The mining of metals and other earth materials have allowed us to create all kinds of buildings, infrastructure and goods that created the cities and towns where more than 7.5 billion people now live. Fossil fuels created economic prosperity, led to the industrialization of agriculture, and reduced hunger and poverty around the globe, in just a few human lifetimes. However, in that short span of time we filled our oceans with plastic, polluted our air and water supplies, and altered the composition of our atmosphere. We created the conditions in which people and the rest of creation are now suffering from illnesses stemming from pollution and the effects of more severe and frequent natural disasters associated with a changing climate. 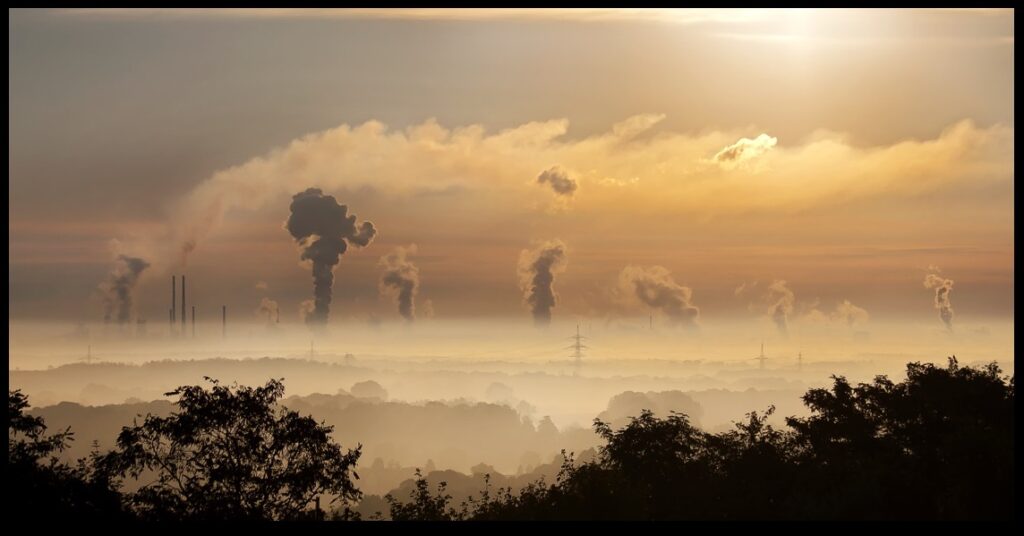 To me, there is no more important social justice concern to address because the call to care for our earth is also the call to care for all of humanity. Poverty, famine, illness and conflicts have all been documented to stem from the effects of environmental degradation, and therefore, if we wish to work to reduce human suffering, we need to work to solve environmental problems. It is in this spirit, of course, that Pope Francis wrote Laudato Si. He challenges us all to grapple with the extent to which humanity has altered the natural environment of the earth, and to examine what we can do to course-correct as a moral imperative. This is not an easy charge. Our modern world was built on the back of fossil fuels and mined materials. They literally infuse our lives, whether it is in the form of synthetic materials in our clothing, the pesticides and fertilizer used to grow our food, the incredible amount of disposable plastic packaging used with abandon in our consumer goods, the rare earth metals that are used to manufacture our cell phones or the way we generate electricity and power our transportation. We need to examine the entire system of how we manufacture, purchase, use and dispose of the materials in our life and ask ourselves if they are a reflection of what was meant when we were asked to care for creation. 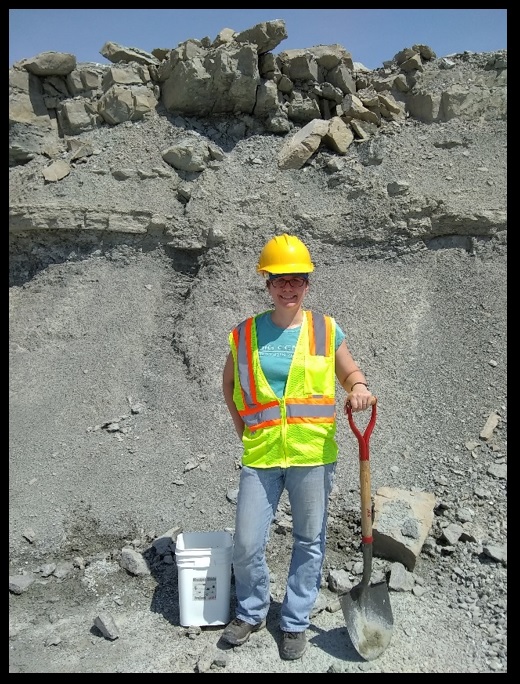 As a thought experiment, I sometimes ask my students to contemplate what the fossil record of the 21st century would look like. Would we have layers of sediment embedded with plastic debris and electronic waste? Would we have strange isotopic signatures in the rocks as a result of the use of nuclear technology, the manufacturing of synthetic chemicals, and the burning of fossil fuels? What would future humans (or our evolutionary descendants!) have to say about this era of Earth history? And perhaps more importantly, what would God say about how we responded to the charge to care for creation and how we responded once we realized the mistakes we were making? These are all questions that I think are worthy to contemplate when we think about our place in time and in space. It is so easy to get wrapped up in the minutia of our daily lives but the world is so much bigger and older than all of that. We are a part of this great chain of being, and I hope beyond hope, God willing, that we can continue to be a part of that chain for many more millions of years to come.