The moon is almost full and it seems like there is little to see. But on the southwest terminator is a grouping of craters that lead us to one of the longest cracks on the Moon. Near the top of this image are two overlapping craters. The one on top is Sirsalis (43km diameter). You will notice a rima running north-south just to the right of it. This is, appropriately enough, Rimae Sirsalis one main rima with several smaller, shorter, thinner ones on the side. The main rima is 309km long, its southern end in shadow here and the northern end of the top of this image. Just to the right of the nameplate on this image is the faintest traces of the upper edge of a crater wall. This is the crater Cruger (48km) with the satellite crater Cruger A (27km) the sharp crater next to the rima. Further on in the same direction is a shallow flat bottomed crater, Fontana (32km). In the lower corner of this image is the half illuminated crater, Henry Freres (43km) and between it and Cruger A is the small crater De Vico (20km). Lastly is the odd little dark feature on the far eastern (right) edge of this image below the black overlap inset. This is Zupus listed as 49km diameter but it was hardly circular. It appears to be a small piece of the Oceanus Procellarum material to the north. In fact it is the flooded remains of an ancient crater who’s eastern wall rises 1.3km above the surrounding interior. I’m sure this range would be an impressive sight at sunset from the flooded floor! 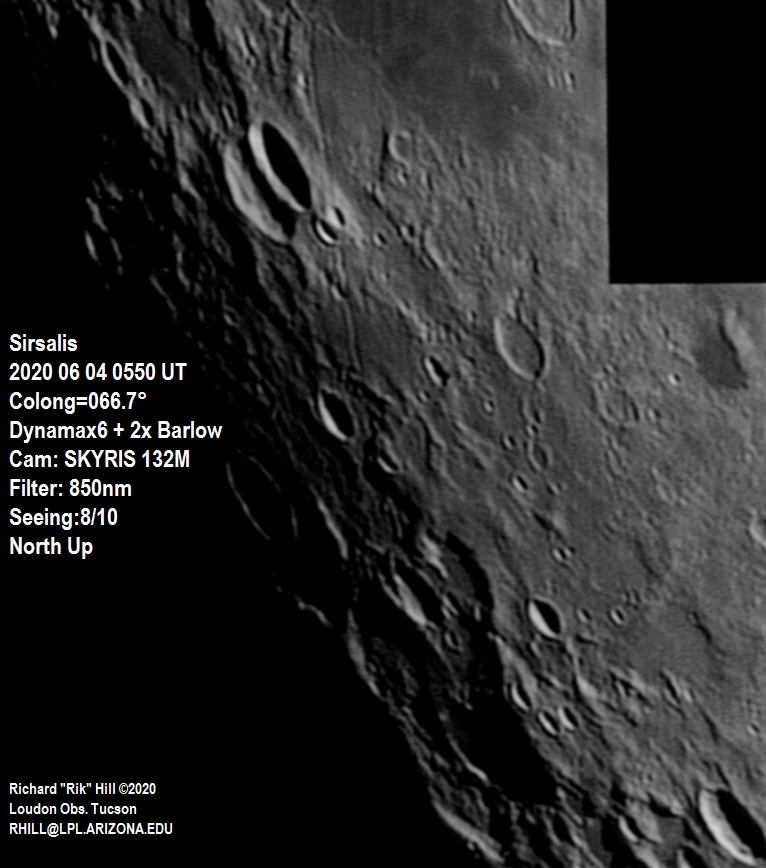