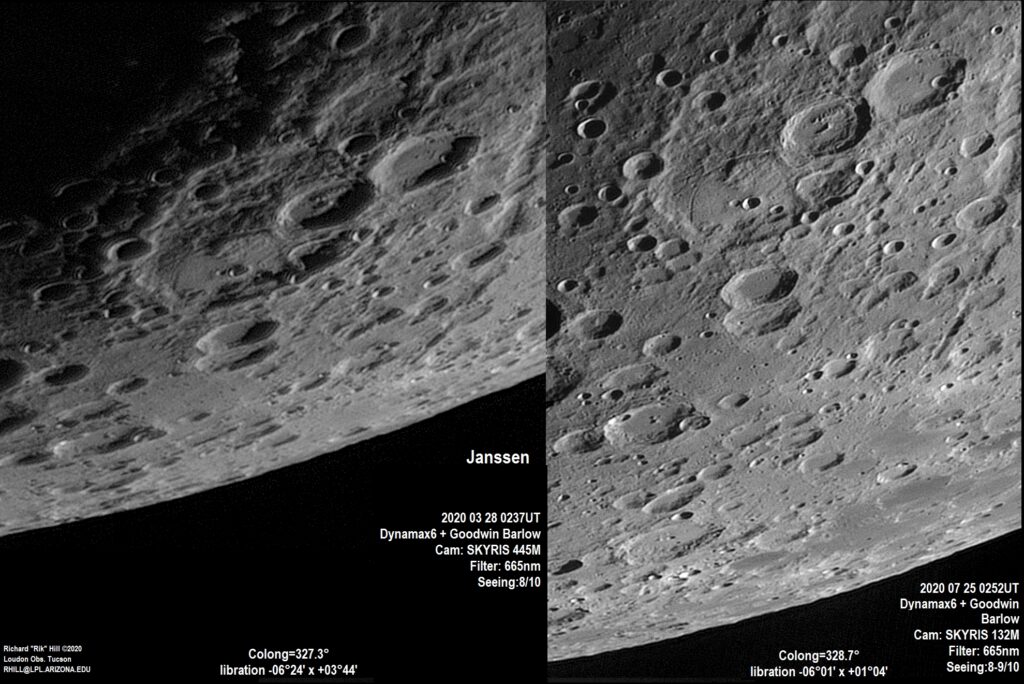 Something a little different this time to demonstrate what libration is and how it can be used to advantage. Here we have two images of the region from the crater Janssen looking east. Janssen is the largely ruined 196km diameter polygonal crater near the terminator in the center top of each of the two images in this montage. To the right of the center of this crater is a smaller crater, Fabricius (80km) with an odd mountain range on its floor. To the right of this is the slightly larger Metius (90km) and farther on the trench that is Vallis Rheita some 515km long. Below Janssen are two overlapping craters, the top one being Steinheil (70km) laying on top of Watt (68km).

Notice that in the image on the right you see a lot more terrain between Watt and the limb. This is what a “favorable libration” can do for you and why you need to pay attention to that. A favorable libration on one side of the moon means an unfavorable on the opposite side. On the limb in the image on the right is a portion of Mare Australis which is completely invisible on the left. On the left in the middle of the limb is the highly foreshortened crater Hanno B (36km) but in the July image the crater can be seen plain and clear on the nearside (west) of Mare Australis. These two images clearly show how by picking the right night you can see around the corner, or limb as it were. 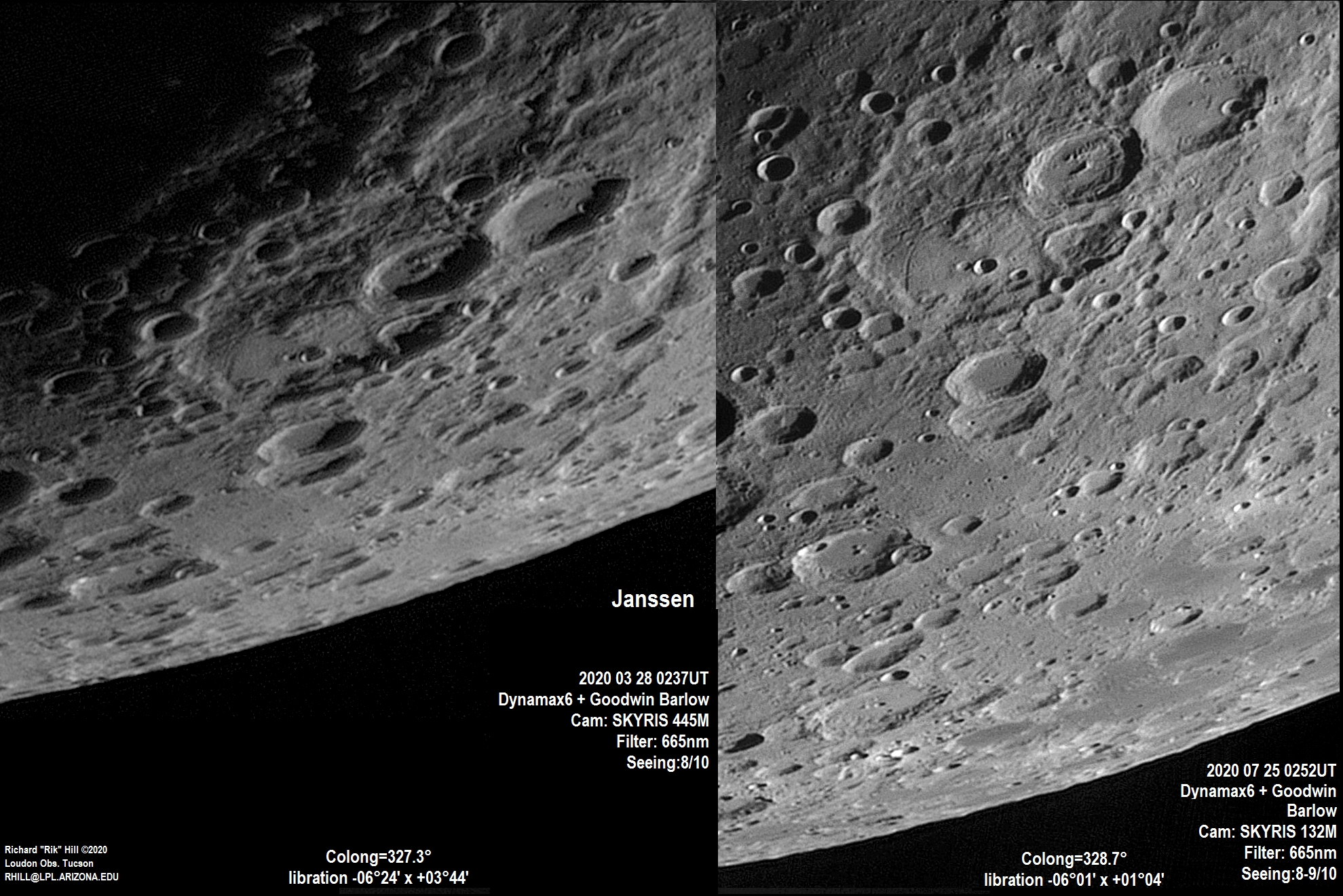