Imagine working on a spacecraft, putting your whole effort into building, launching and guiding of it to its destination (Destination Moon for you old timers) only to lose the telemetry 2 1/2 minutes before the projected touchdown? I’ve been in a room where that kind of thing happened (on Mars) and everyone looks like a wet dog. It’s very depressing. The lunar mission I’m speaking of here is Surveyor 4 which crashed into Sinus Medii very near the Huyginus (10km dia.) and the beautiful squat “V” shaped Rima Huyginus seen in the upper right and Triesnecker (27km) with its complex of rimae in the center. The mean center of the visible disk of the Moon is seen at the “+” symbol. Above it are two similar sized craters, Bruce (7km) on the left and Blagg (5km) on the right. To the left of these are two numbers “4” and “6”. The number 4 indicates the supposed crash site of Surveyor 4 on 17 July, 1967. Then just four months later, 10 Nov., 1967, Surveyor 6 successfully landed just a few km to the west of Surveyor 4’s resting place indicated here by the number 6 on the image. The LROC orbital imaging spacecraft has even taken image of Surveyor 6 sitting on the surface (attached). I remember as a teenager being disappointed that Surveyor 6 could not see the crashed Surveyor 4 off in the distance but if you think about the curvature of the Moon with its smaller radius than Earth, that simply would not have been possible.

Before leaving this area I have to point out a couple of my favorite craters just north of the landing sites. The larger one is the ruined crater Murchison (60km) Just above Bruce and Blagg, which is open to the east towards the younger, smaller crater Chladni (14km). Then to the west (left) of it is Pallas (51km) with a nice central peak.I always spend some time looking at these when I’m in the area. There’s so much to commend this region on the Moon! 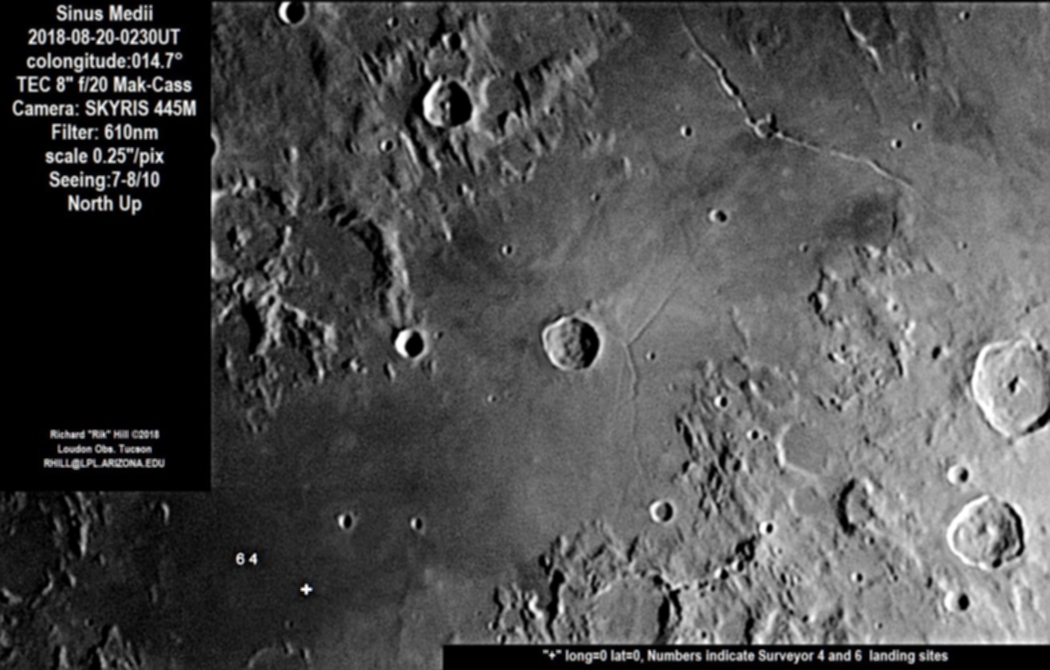 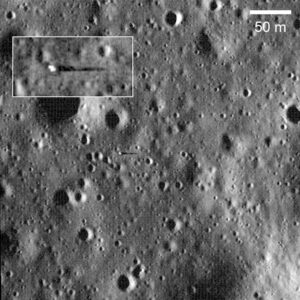