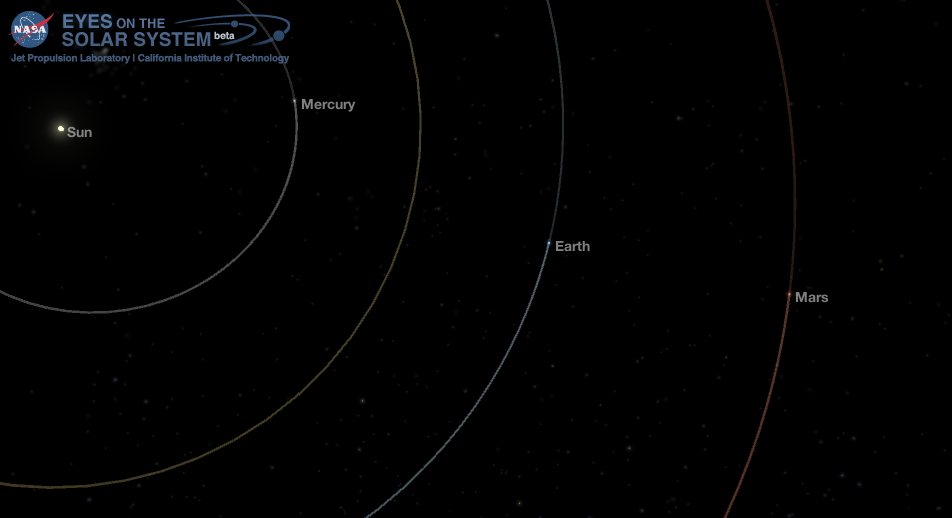 Orbital mechanics, being what they are, means that objects orbiting closer to their parent body are moving faster than those orbiting further out: Earth being closer to the Sun, orbits faster than Mars. About every 26 months, the Earth will “catch up to and pass by” Mars. The point where the Earth and another planet are closest in their orbits is called an “opposition.”

The best time to observe a planet through a telescope is during an opposition – and that’s happening RIGHT NOW with Mars (May 22, 2016). Groups and individuals across the globe will be holding public “Mars Vigils.” The NASA Night Sky Network has a list of events across the U.S., and Meetup may have listings for your area. I highly encourage everyone on planet Earth to get eyeballs to eyepieces and have a look at the red planet!

NASA released this stunning Hubble image of Mars on May 19, 2016 showing cloud formations near Mars’ southern poles, and in mid-latitudes. 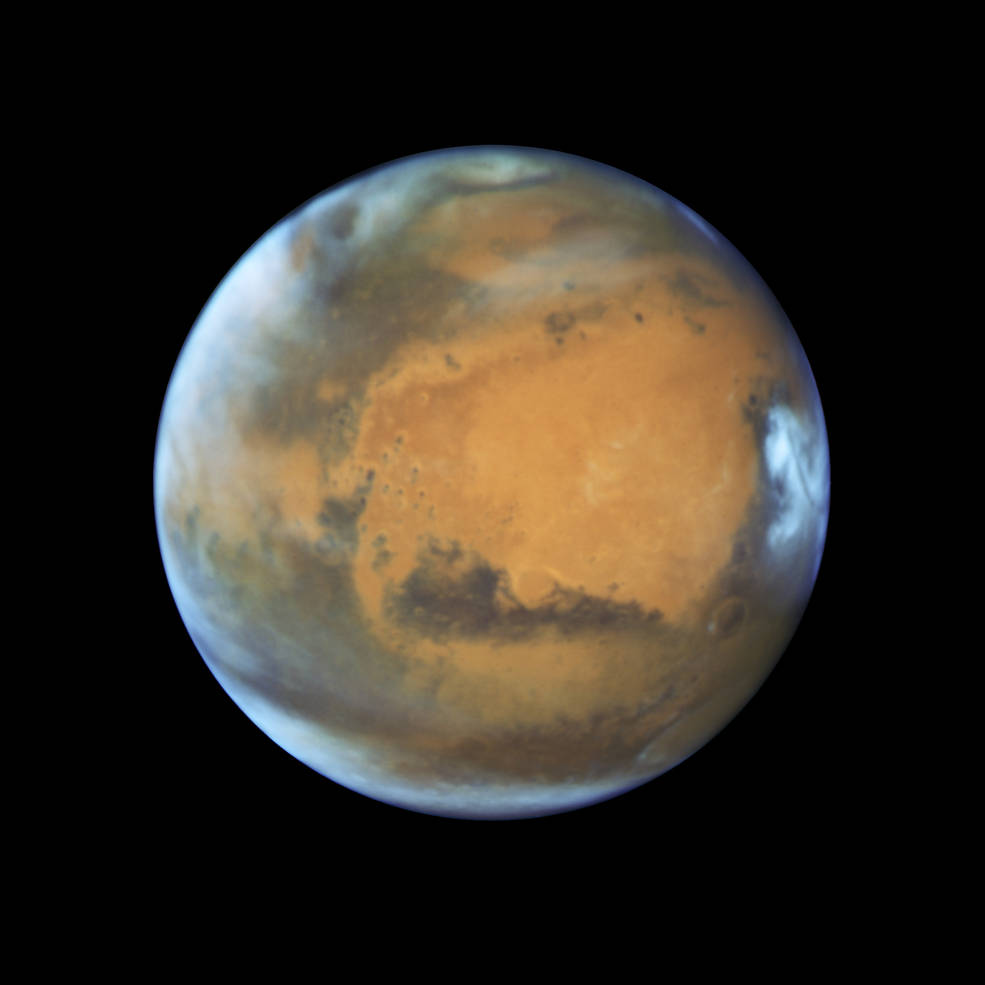 Mars has several active spacecraft in orbit, and a couple active robotic rovers exploring its surface, and one spacecraft is currently on its way there. 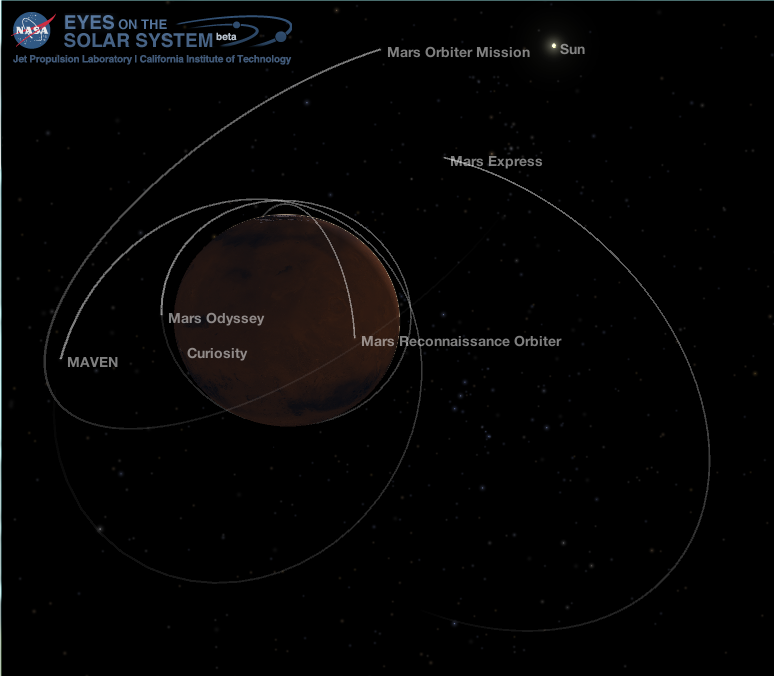