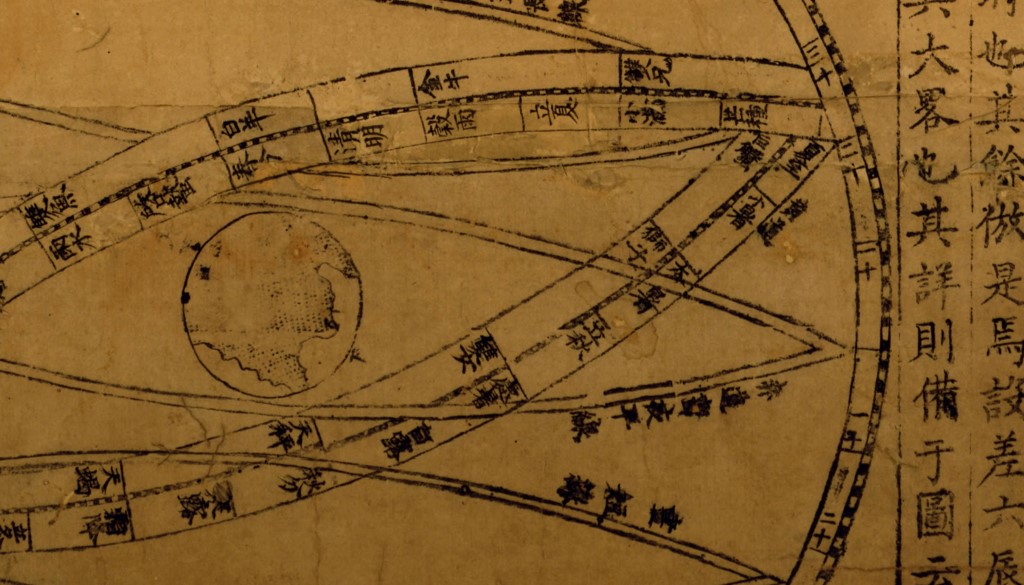 During an audience granted to Cardinal Marcello Semeraro, Prefect of the Dicastery for the Causes of Saints, this past December 17, Pope Francis authorized that Dicastery to promulgate Decrees regarding, among other things, “the heroic virtues of the Servant of God Matteo Ricci, professed priest of the Society of Jesus; born on 6 October 1552 in Macerata (Italy) and died on 11 May 1610 in Beijing (China)”.

Pope Francis noted in May of last year how Ricci, known for his missionary work in China, was “a man of encounters, who… became a citizen of the world”.  The website of the Jesuits states that—

The figure of Matteo Ricci occupies a special place in the history of human culture as one of the main protagonists of the encounter between different cultures. Together with Marco Polo, he is one of the only two non-Chinese figures included in the great representation of Chinese history in the Millennium Monument in Beijing. He was the first non-Chinese to receive the honour of being buried in the capital itself, on a plot of land specially allocated by imperial decree.

Astronomy played a role in all this.  According to the Jesuit historian Joseph Brucker, to win over the Chinese, who of course had a highly developed civilization with its own traditions of religion and morality, Ricci and his fellow Jesuits appealed to their curiosity,

by making them feel, without saying so, that the foreigners had something new and interesting to teach; to this end they made use of the European things they had brought with them. Such were large and small clocks, mathematical and astronomical instruments, prisms revealing the various colours, musical instruments, oil paintings and prints, cosmographical, geographical, and architectural works with diagrams, maps, and views of towns and buildings, large volumes, magnificently printed and splendidly bound, etc.

The Chinese, who had hitherto fancied that outside of their country only barbarism existed, were astounded. Rumours of the wonders displayed by the religious from the West soon spread on all sides, and thenceforth their house was always filled, especially with mandarins and the educated. It followed, says Father Ricci, that “all came by degrees to have with regard to our countries, our people, and especially of our educated men, an idea vastly different from that which they had hitherto entertained”.

Ricci taught astronomy and mathematics in China. He translated math textbooks with Xu Guangqi, publishing Yuan rong jioa yi [Treatise on Geometry—a translation of portions of Euclid’s Elements], in Beijing in 1614. He made maps. And he did all this while being willing to adapt himself in many ways to Chinese culture.

Of course, all this information you have probably heard before!  So, for something unique, here is a bit of what Ricci wrote about Chinese knowledge of astronomy, from his 1615 De christiana expeditione apud Sinas suscepta ab Socjetate Jesu:

Yes, it’s a bit of a frank assessment!  Note that what Ricci means by “astrology” is pretty much what we mean by “astronomy”, whereas what he calls “judicial astrology” is what we today call “astrology”.  (The translation is based on that in “A discourse on the Kingdome of China, taken out of Ricius [etc.]” in Purchas His Pilgrimes: Contayning a History of the World in Sea Voyages and Lande Travells by Englishmen and Others by Samuel Purchas, with a good bit of modification by yours truly.)

The map image below is of Ricci’s Kunyu Wanguo Quantu (坤輿萬國全圖), the map of the world Ricci created in 1602 upon request of the Wanli Emperor in Beijing.

If you look closely (below), you will see some astronomical material.  In the upper right corner of the map is the Earth, surrounded by Aristotelian spheres of air and fire, and then by the celestial spheres that hold the sun, moon, and planets.  In the lower right corner is the Earth with the ecliptic.  I presume that all the writing that surrounds these images is a discussion in Chinese of the astronomy behind them.  You now have seen a little of the Ricci-astronomy-China connection first-hand!