The MESSENGER mission at Mercury has come to a close, with the spacecraft running out of fuel, and impacting the surface of Mercury around 3:26 pm EDT on April 30, 2015. I was following @MESSENGER2011 on Twitter as the impact time drew near – it was heartbreaking. 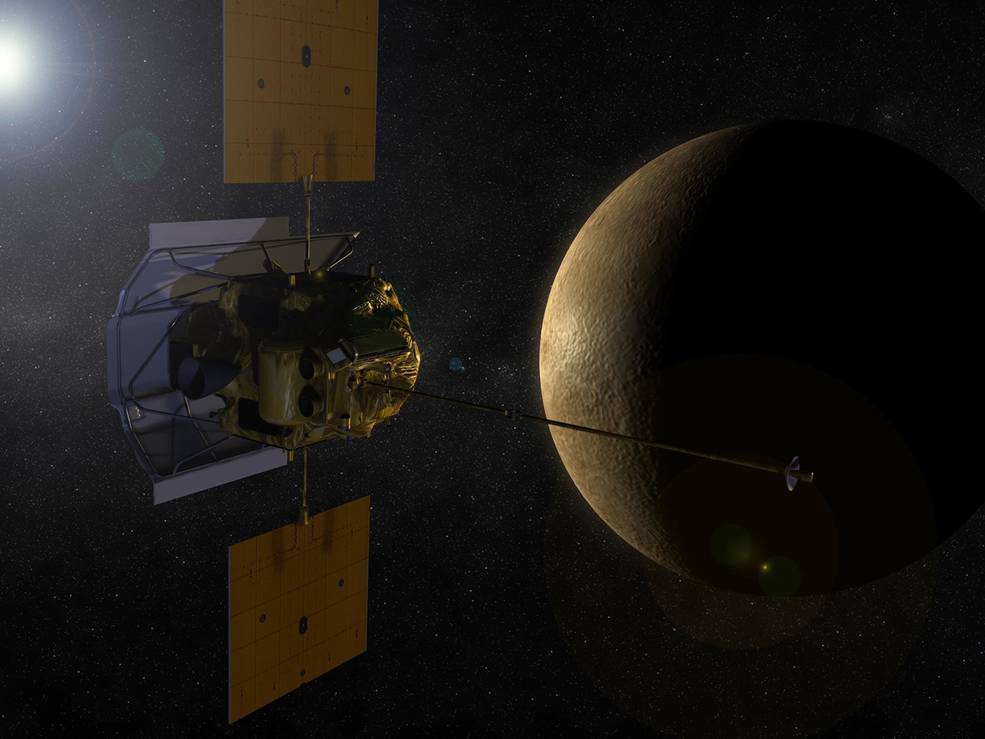 The robotic spacecraft MESSENGER has run out of fuel. With no way to make major adjustments to its orbit around the planet Mercury, the probe will smash into the surface at more than 8,750 miles per hour (3.91 kilometers per second). The impact will add a new crater to the planet’s scarred face that engineers estimate will be as wide as 52 feet (16 meters).

None of this is a surprise to MESSENGER’s handlers on Earth, who have managed a highly successful mission during a flight of nearly 11 years. The intrepid MESSENGER (MErcury Surface, Space ENvironment, GEochemistry, and Ranging) spacecraft was launched on August 3, 2004. It embarked on an odyssey of nearly seven years and more than eight billion kilometers that included 15 trips around the sun, along with several gravity-induced speed boost flybys of Earth, Venus, and Mercury itself. It finally slipped into orbit around Mercury on March 18, 2011, the first mission to ever do so.

The mission plan called for MESSENGER to spend one Earth year at Mercury, but when early findings raised new questions, NASA granted two mission extensions for a total of three additional years. Mission engineers also found ways to save fuel, such as maneuvering the spacecraft with a technique called solar sailing, which allowed an extra month of operations in orbit. 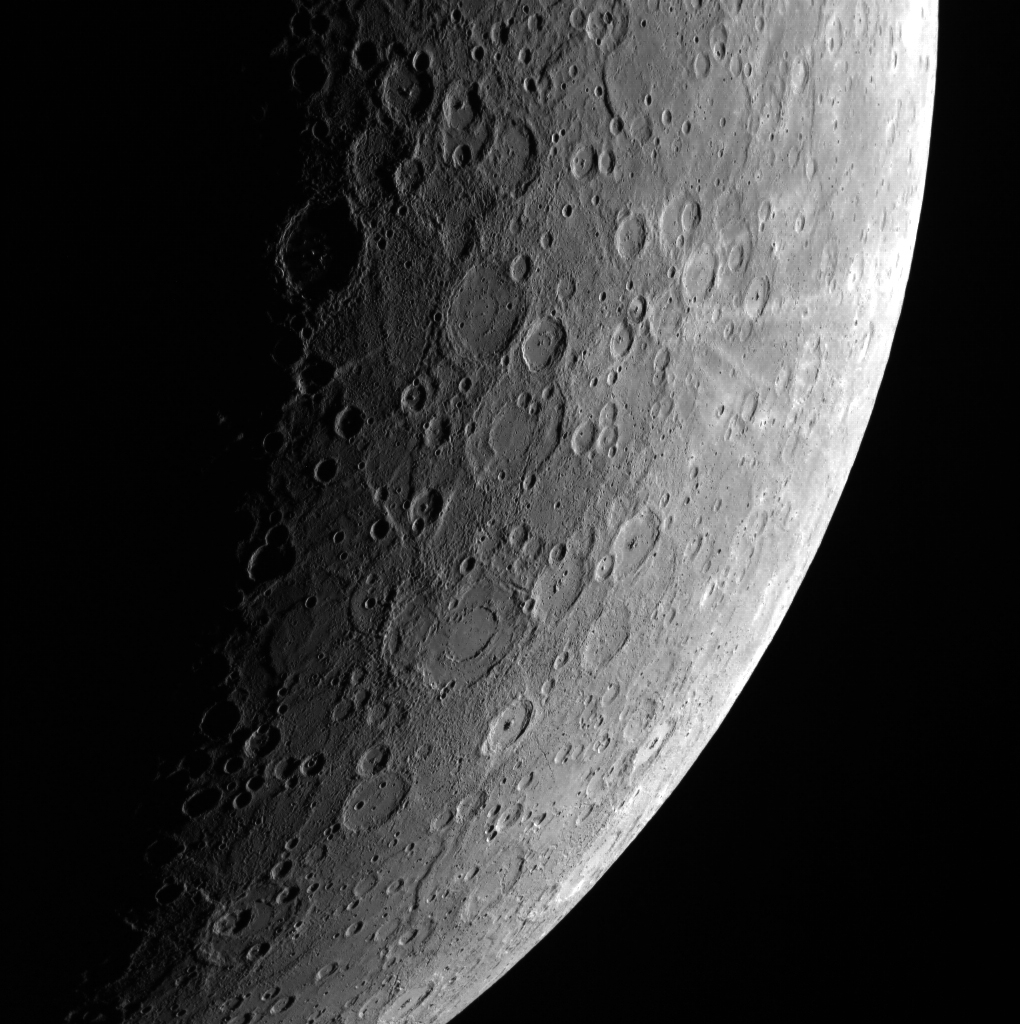 The only previous expedition to see the planet up close was Mariner 10 in the 1970s. It provided valuable scouting reports, but since it only flew by, it left large gaps in the images of Mercury’s surface. MESSENGER not only filled in those blank places on the map, its suite of powerful instruments delved deep into the small world’s many mysteries.

But MESSENGER brought to light the intricacies of an intriguing world. The mission discovered a surface rich in diverse chemistry, including volatiles. It sensed a bizarrely offset magnetic field. It photographed strange “hollows” where material seems to have boiled away into space under the scorching sun. It mapped vast volcanic deposits, found that the entire planet has shrunk by as much as 7 kilometers in radius, and, of all things, uncovered deposits of water ice in the depths of polar craters where the sun never shines.

When MESSENGER disappears behind Mercury’s horizon for the last time, no spacecraft will scan its strange surface until the European Space Agency’s BepiColombo mission arrives in the 2020s. But for many years to come, planetary explorers will be pouring over the gigabytes of information that MESSENGER sent home.

Read more about the mission and its discoveries at http://www.nasa.gov/mission_pages/messenger/main/ and http://messenger.jhuapl.edu/

Update: I found this image on the NASA Jet Propulsion Laboratory Facebook page. 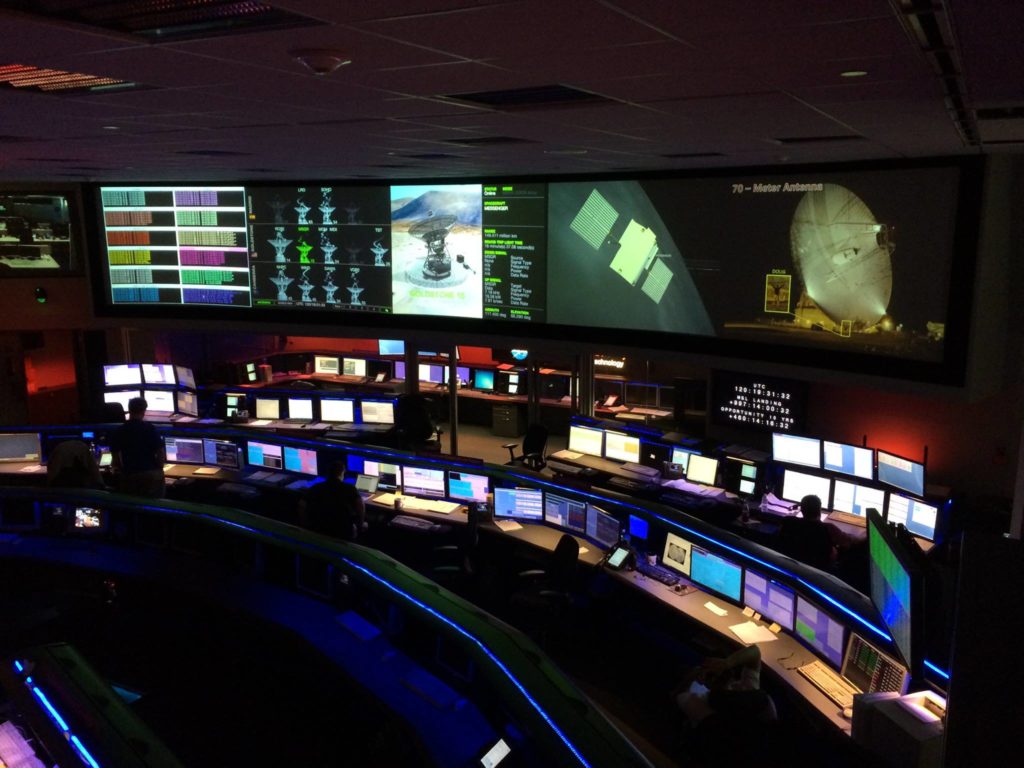