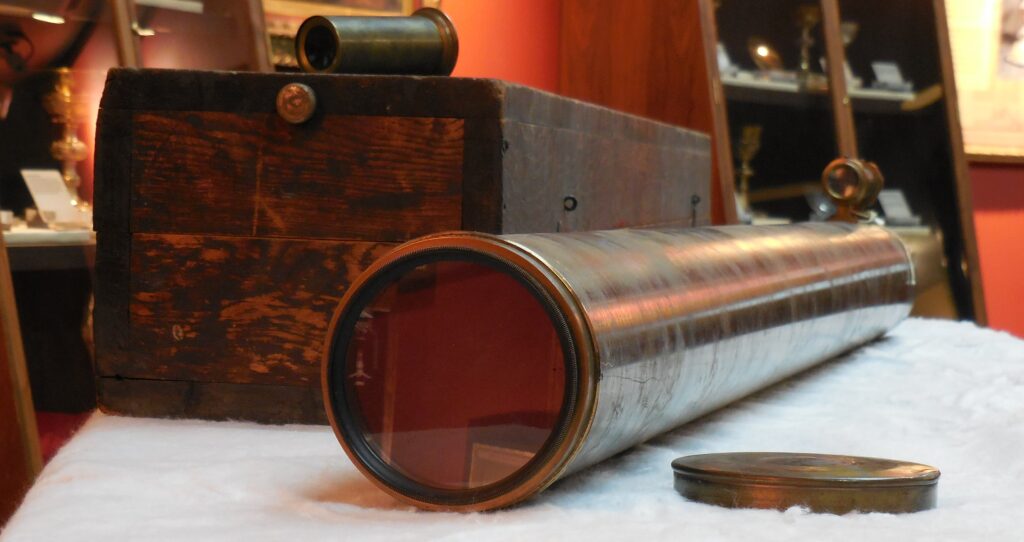 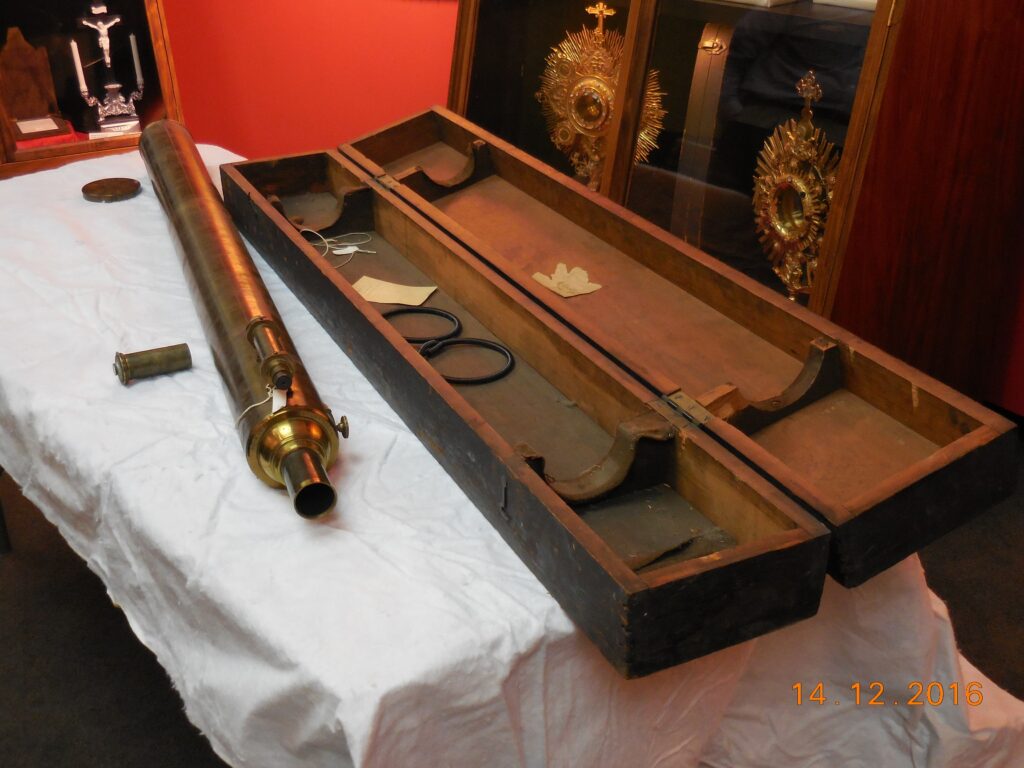 Two “close-up” photos of the eyepiece. This is the only existing eyepiece for the telescope.

By now you have probably noticed the telescope’s surroundings, namely the monstrances and crucifix on display in the background.  Why is an old telescope sitting on a table, surrounded by religious articles?  Because this is the telescope of Monsignor Michael Bouchet (1827 to 1903), former vicar-general of the Diocese of Louisville, Kentucky.  It is housed within the Bishop Benedict Joseph Flaget Library, which itself is part of the Archdiocesan History Center of Louisville’s Cathedral of the Assumption.  Tim Tomes, a parishioner at the Cathedral who does a lot of work with the History Center, introduced me to the telescope this past December. 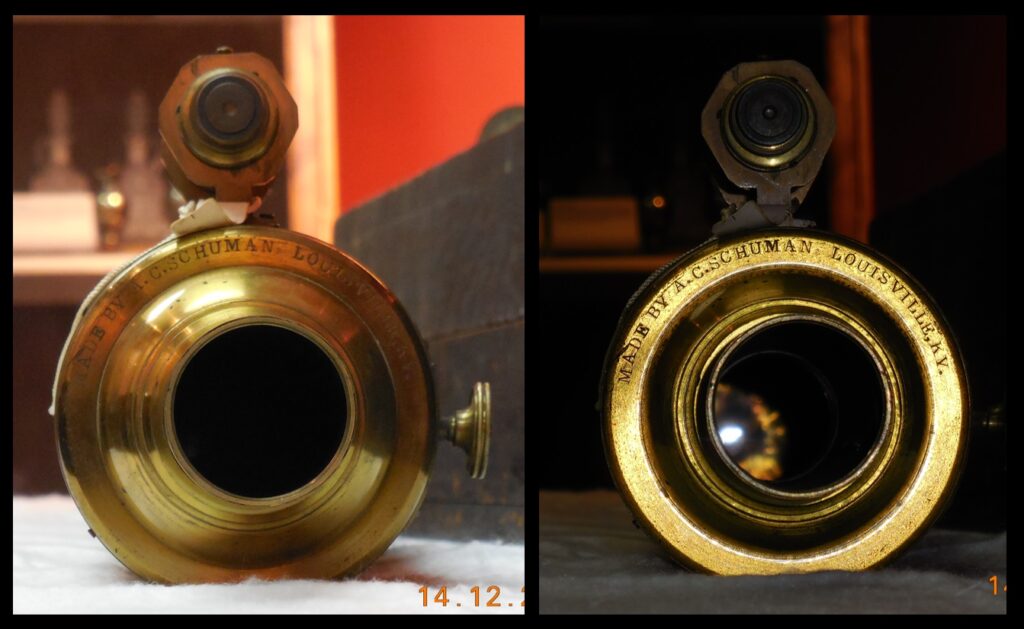 The eyepiece end of the telescope says “Made by A.C. Schumann Louisville, KY.”  A.C. Schuman was apparently a nineteenth-century builder of various instruments, such as compasses, microscopes, and calculating machines.  The knob that projects toward the right in these photographs adjusts the focus of the telescope.

Other instruments made by A.C. Schuman of Louisville. These are from screenshots from Bidsquare.com and Prices4Anitiques.com.

Bouchet himself must have been an interesting character.  Among other things he was both an inventor (he constructed and patented a mechanical adding machine, which is on display in the History Center) and a science fiction writer (he wrote a story about a trip to the Moon).

Bouchet’s combination of interests—technology, astronomy, science fiction—is a combination found in many astronomers today, be they amateurs or professionals.  Bouchet’s obituary noted, “Never was there a more singular, a more eccentric, a more contrarily gifted man who used his gifts and his winning personality so little to his own purposes….  He was at once both sage and child.”

I imagine Monsignor Bouchet would be most pleased to know that he is being remembered on account of his telescope—and that someone was looking through it well more than a century after his death.  There is a reasonable chance that this telescope is the oldest operational telescope in Kentucky, almost certainly the oldest that is “Kentucky-born,” and I imagine Bouchet would be very pleased by that as well. 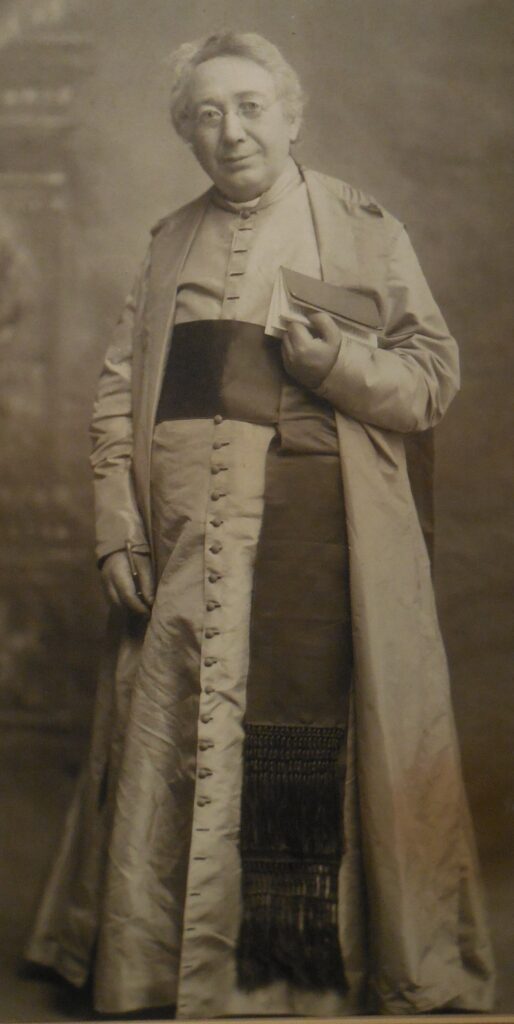 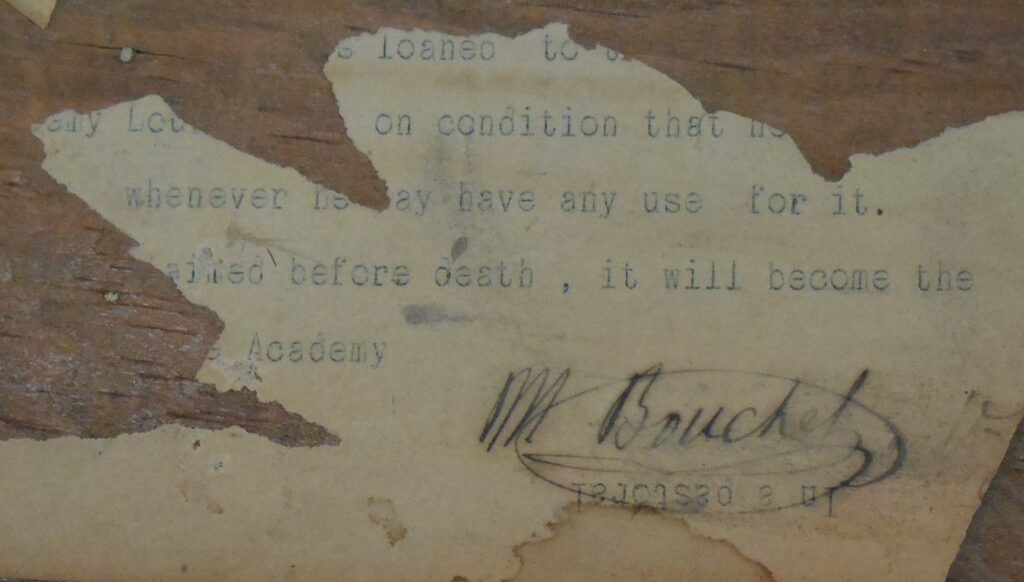 Bouchet’s signature, on what appears to be the remnant of some instructions, affixed to the inside of the telescope’s case, regarding what is to be done with the telescope.  Note that an “Academy” is mentioned.  A New York Times article of 1902 on A.C. Schuman mentions that Schuman built a telescope and a planetarium for “Nazareth Academy” (almost certainly the Nazareth Academy of the Sisters of Charity of Nazareth near Bardstown, Kentucky).

Close-ups of the finder on Bouchet’s telescope. 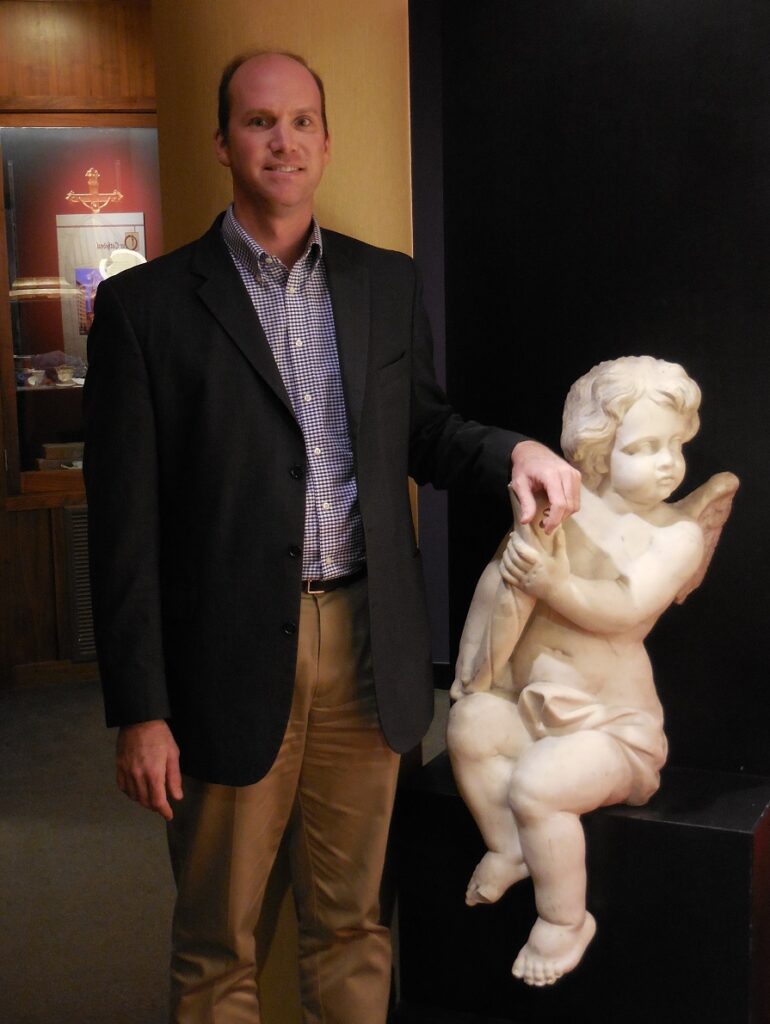 Tim Tomes of the Cathedral of the Assumption in Louisville, Kentucky.  Tomes arranged for me to have an “up close” look at the telescope.  The telescope is normally on public display in the Flaget Library at the History Center, but it is mounted high on a wall, as seen below. 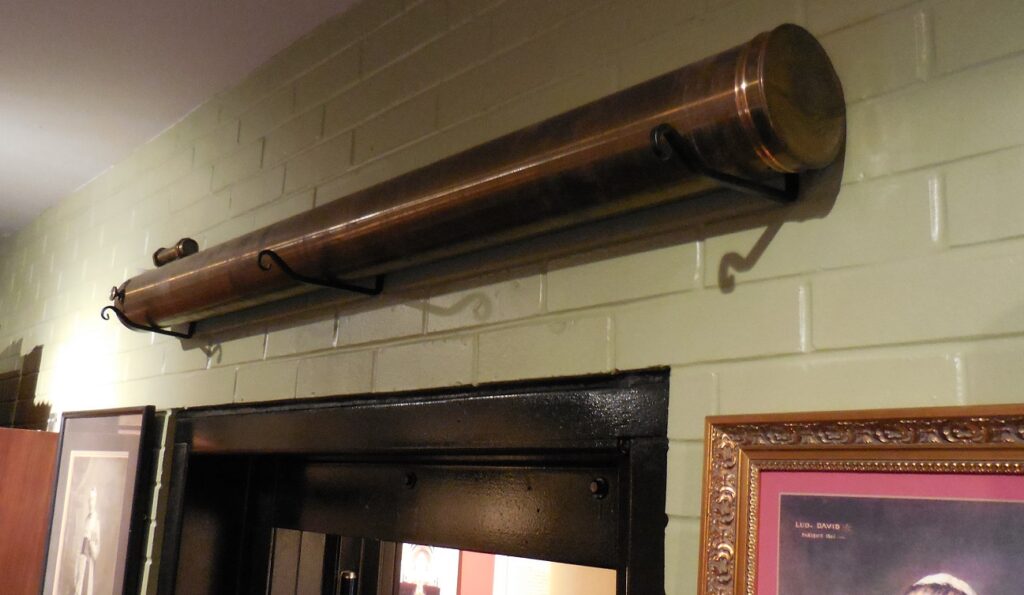 Information about Bouchet comes from the History Center and from An American Holy Land: A History of the Archdiocese of Louisville by Clyde F. Crews (Wilmington, DE: Michael Glazier, Inc., 1987).