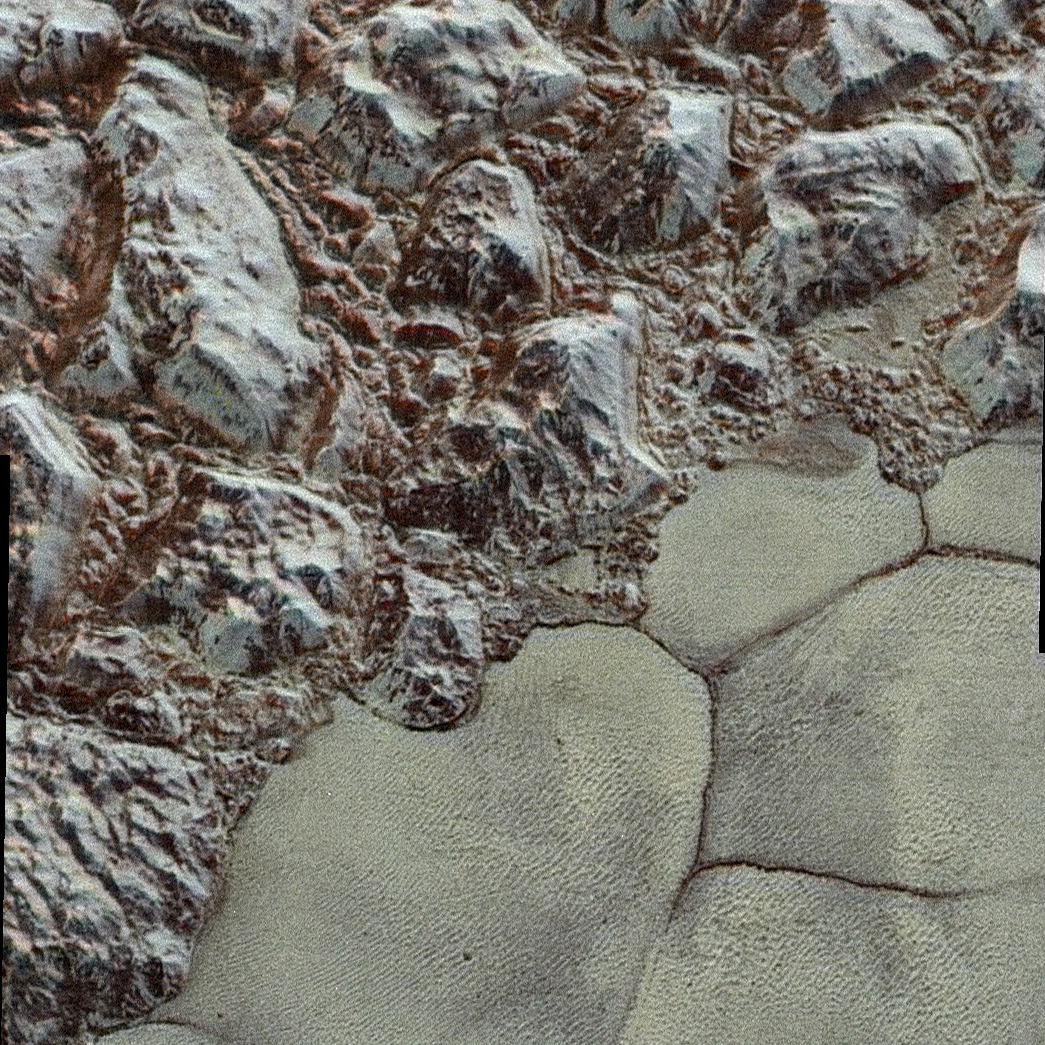 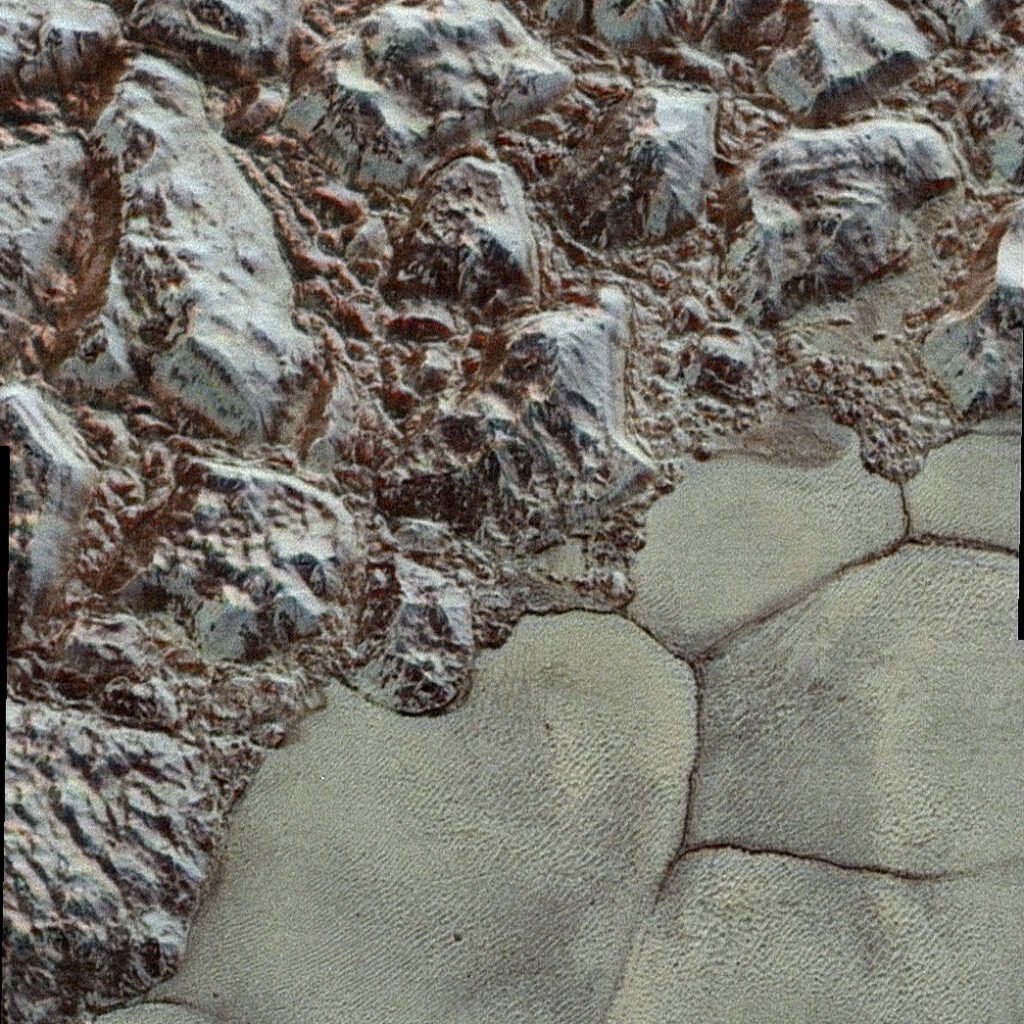 Enhanced color mosaic image of Pluto from NASA’s New Horizons spacecraft showing some of the sharpest views of the dwarf planet yet. Click image to see a MUCH LARGER vertical version. Credits: NASA/JHUAPL/SwRI

The image above shows a potions of the “badlands” region northwest of the Sputnik Planum, across the al-Idrisi mountain range, over the shores of Pluto’s now iconic “heart” feature, to the edge of vast icy plains of nitrogen, carbon monoxide, and methane ices. The images used to create this mosaic have resolutions of about 77-85 meters (250-280 feet) per pixel, revealing features smaller than half a city block.

Note: The names of geologic features on Pluto are currently all provisional, until approved by the IAU. 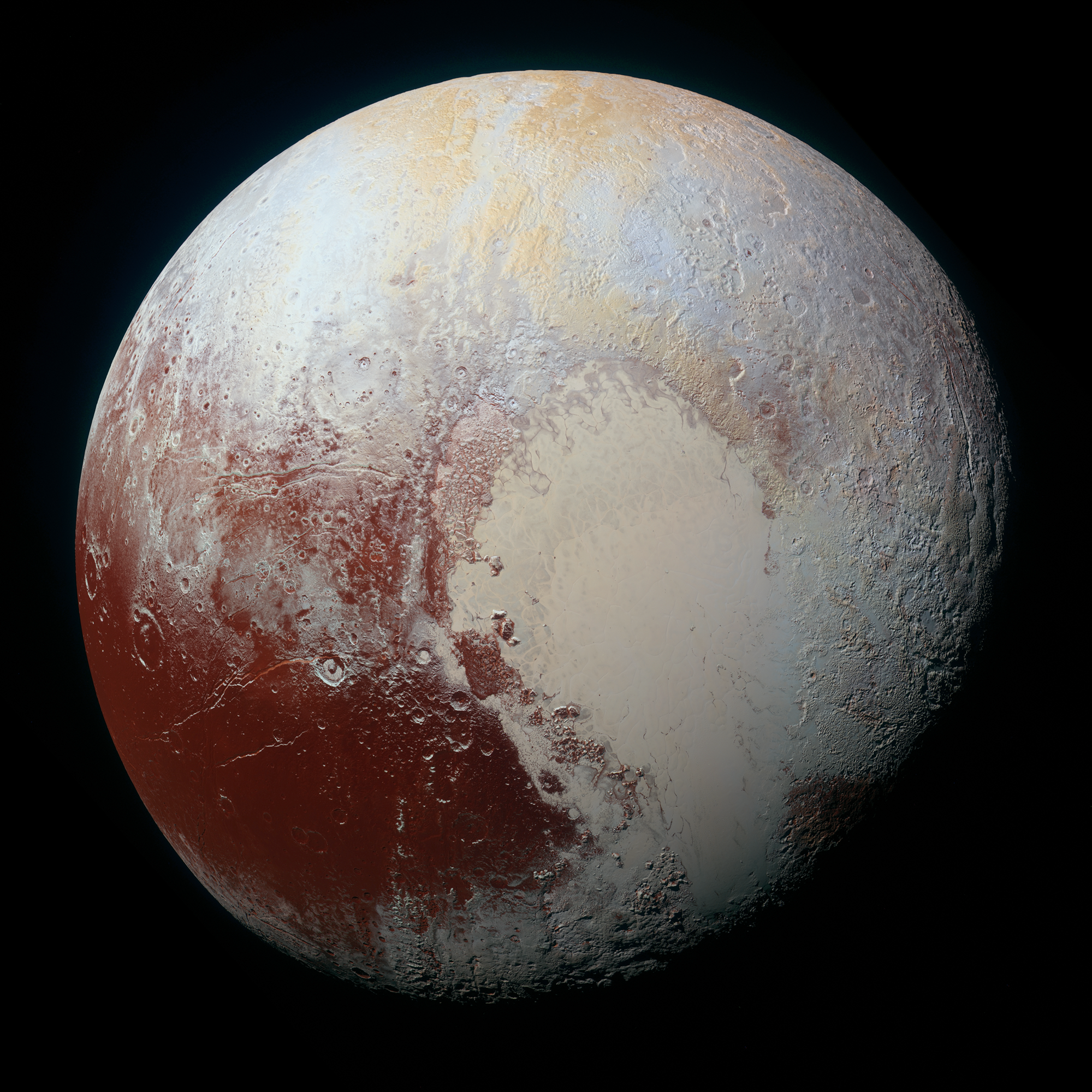 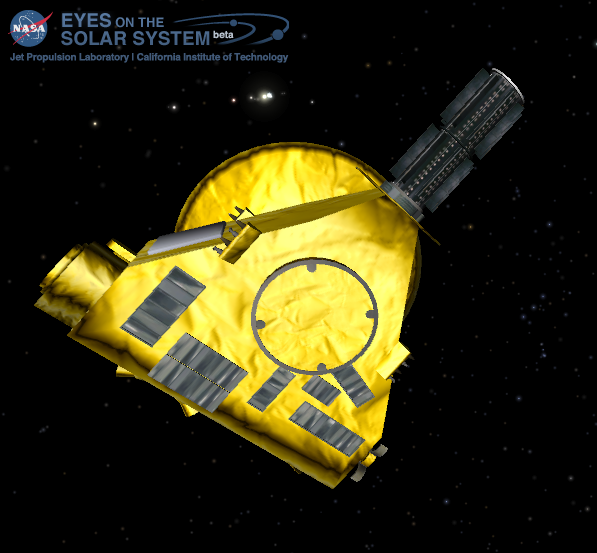