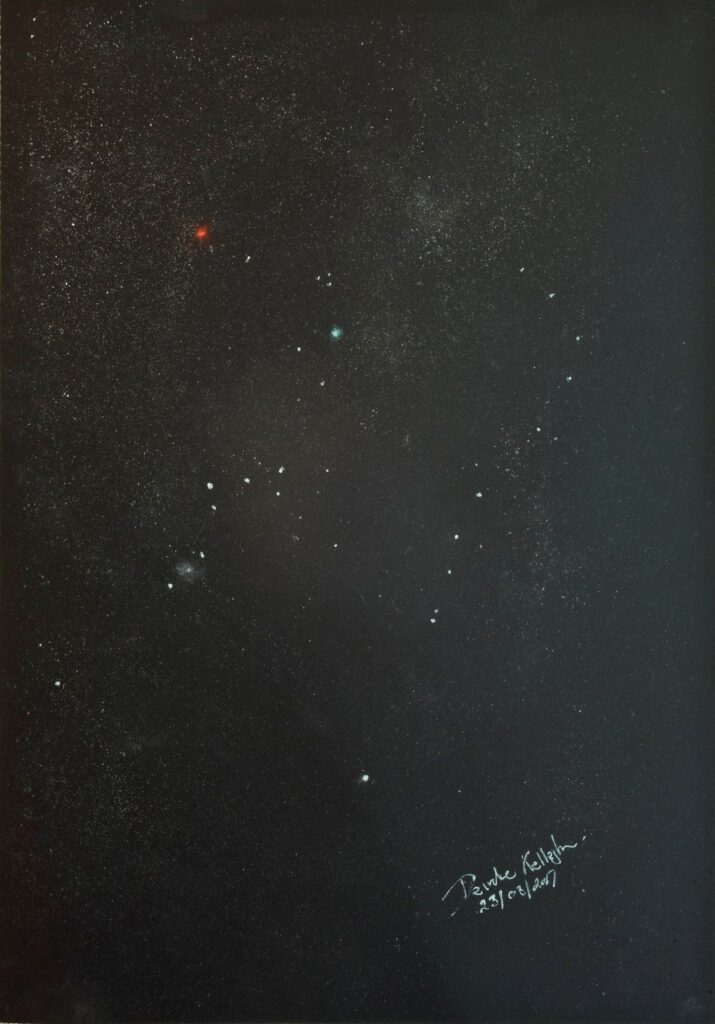 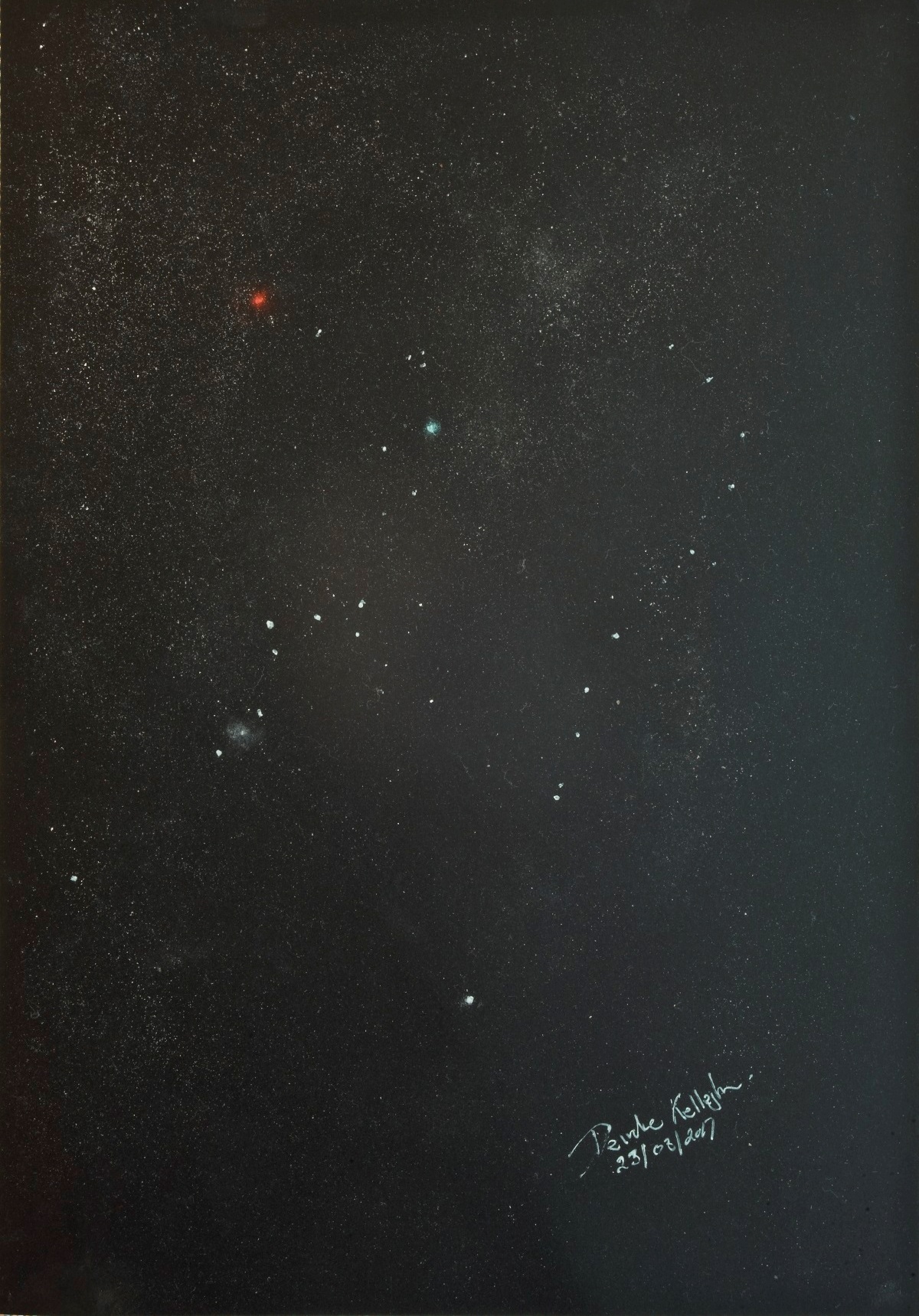 Recently I have spent some time in the west of Ireland. It’s been stormy, with icy rain and sideways  hailstones battering the landscape. The winds have been epic in this wild place where the ancient potato drills shout evidence of our ancestor’s ribs bursting the Earth. Still hungry after all these years. Most evenings, I have stepped outside to look up at the night sky while listening to the Atlantic roar its salty roar at stars too far away to hear.

Occasionally the clarity of the sky has been impressive but short-lived. However, on the evening of March 23rd, on opening the door, I was met with what I can only describe as a crisis sky. Every familiar constellation was buried in the galaxy. It is sometimes said that there are more stars in the night sky than grains of sand on all the worlds beaches. That sky was the epiphany of that statement.

I sat on a stool to try to absorb the visual data before me. My eyes adapted to the complexity of my observation. I realised that to capture this or even part of it on paper required a total rethink of method and approach. Suburban drawings were a lot simpler. This was total readmission to the sky at night.
The Milky Way offered an amalgam of innumerable dots. Layers of varying density, colour, nebulosity and even dark fissures among its clumpy twisting display. Before me was a unique opportunity to attempt a drawing. Orion was my choice because Betelgeuse was glowing with colour. M42 was shapely even to the eye. Orion’s hunting bow was the clearest I have ever seen it.

There was so much to notice that had not come to my attention before. It is a magnificent constellation, a dramatic pattern of mature stars, young stars and baby stars. Betelgeuse is nearing the end of its star life, which, when that eventually happens, will be a spectacular supernova. That would be the ultimate Orion drawing; however, nobody knows when this might occur. Some scientists’ jobs involve watching this star very closely to possibly predict its exact demise.

To look at M42 in a telescope is splendid, but to sit and look at it by eye, knowing that it is a stellar nursery, is remarkable. From our eye view on Earth, we can look at this massive molecular cloud and ponder its decisive action. There being nothing but our atmosphere and 1,344 Light Years between us. Within its immense gaseous bowl, energy we can barely imagine works toward creating new future suns. Baby stars that might one day be hosts to families of orbiting planets, a continuum of energy, more opportunities for life to take hold. My drawing is far from perfect, but I am glad I left my telescope aside to just lookup. Pleased that I tried to capture what my eyes witnessed in a place almost free from anthropogenic light pollution in the wild west of Ireland.