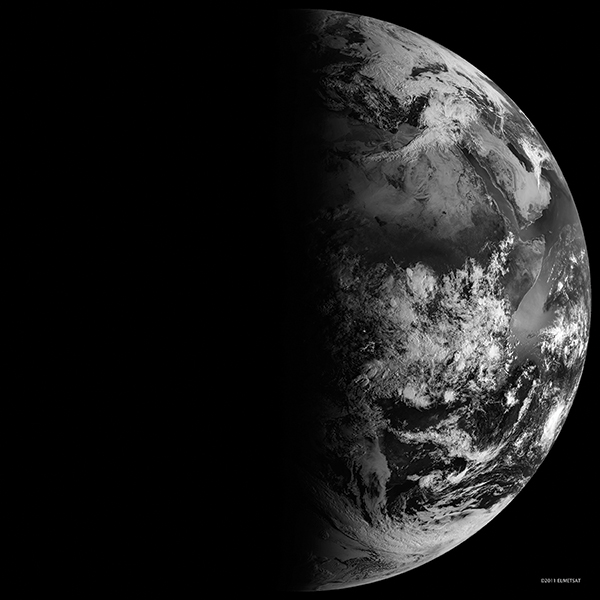 March brings longer days for Northern Hemisphere observers, especially by the time of the equinox. Early risers are treated to the majority of the bright planets dancing in the morning skies, with the Moon passing between them at the beginning and end of the month.

Earth from orbit on the March equinox, as viewed by EUMETSAT. Notice how the terminator – the line between day and night – touches both the north and south poles. Additional information can be found at http://bit.ly/earthequinox Image credit: NASA/Robert Simmon

The vernal equinox occurs on March 20, marking the official beginning of spring for the Northern Hemisphere. Our Sun shines equally on the Northern and Southern Hemispheres during the moment of equinox, which is why the March and September equinoxes are the only times of the year when the Earth’s north and south poles are simultaneously lit by sunlight. Exacting astronomers will note that the length of day and night on the equinox are not precisely equal; the date when they are closest to equal depends on your latitude, and may occur a few days earlier or later than the equinox itself. One complicating factor is that the Sun isn’t a point light source, but a disc. Its edge is refracted by our atmosphere as it rises and sets, which adds several minutes of light to every day. The Sun doesn’t neatly wink on and off at sunrise and sunset like a light bulb, and so there isn’t a perfect split of day and night on the equinox – but it’s very close!

Ruddy Mars still shines in the west after sunset. Mars scoots across the early evening skies from Aries towards Taurus and meets the sparkling Pleiades star cluster by month’s end. 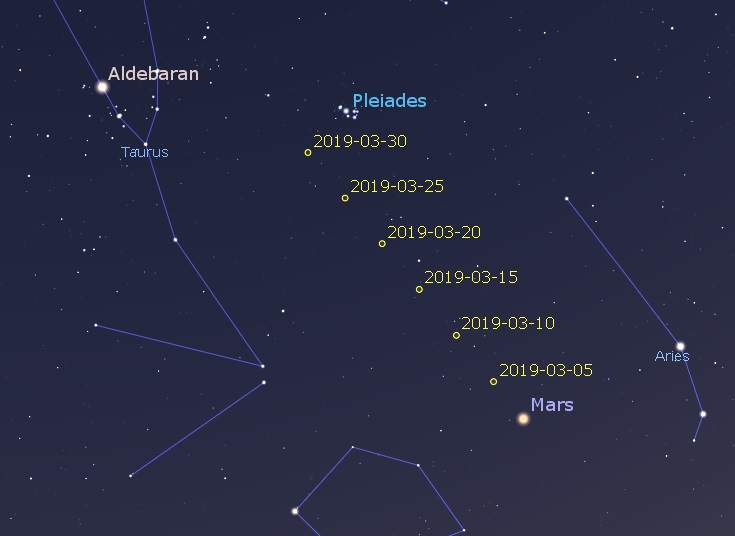 March opens with the morning planets of Jupiter, Saturn, and Venus spread out over the southeastern horizon before sunrise. A crescent Moon comes very close to Saturn on the 1st and occults the ringed planet during the daytime. Lucky observers may be able to spot Mercury by the end of the month. March 31 opens with a beautiful set of planets and a crescent Moon strung diagonally across the early morning sky. Start with bright Jupiter, almost due south shortly before dawn. Then slide down and east towards Saturn, prominent but not nearly as bright as Jupiter. Continue east to the Moon, and then towards the beacon that is Venus, its gleam piercing through the early morning light. End with a challenge: can you find elusive Mercury above the eastern horizon? Binoculars may be needed to spot the closest planet to the Sun as it will be low and obscured by dawn’s encroaching glow. What a way to close out March! 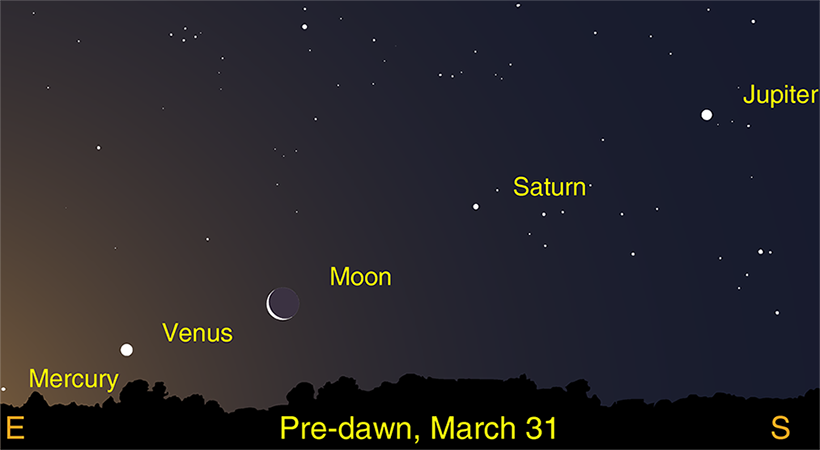 The morning planets on March 31. Image created with assistance from Stellarium.

Discover all of NASA’s current and future missions at nasa.gov

This article is distributed by NASA Night Sky Network