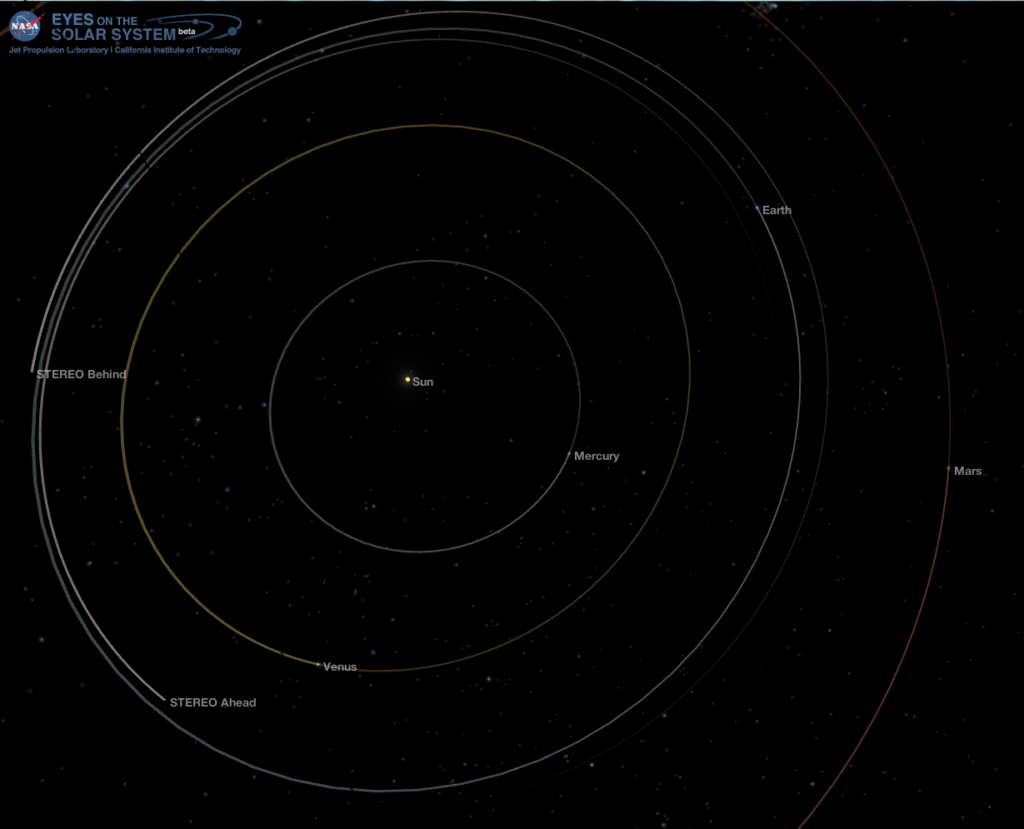 The Deep Space Network (DSN) locked onto the STEREO-B downlink carrier at 6:27 p.m. EDT. The signal was monitored by the Mission Operations team for several hours, then the spacecraft’s transmitter was switched off to conserve battery power. The STEREO team will perform further recovery operations to assess the health of the observatory’s subsystems and instruments, and to re-establish attitude control.

Position of the STEREO spacecraft on August 23, 2016. Credit: NASA Eyes on the Solar System / Bob Trembley

Near-Live rotating GIF of the sun as seen by STEREO. Credit: NASA/JPL-Caltech.

“STEREO (Solar TErrestrial RElations Observatory) is the third mission in NASA’s Solar Terrestrial Probes program (STP). The mission, launched in October 2006, has provided a unique and revolutionary view of the Sun-Earth System. The two nearly identical observatories – one ahead of Earth in its orbit, the other trailing behind – have traced the flow of energy and matter from the Sun to Earth. STEREO has revealed the 3D structure of coronal mass ejections; violent eruptions of matter from the sun that can disrupt satellites and power grids, and help us understand why they happen. STEREO is a key addition to the fleet of space weather detection satellites by providing more accurate alerts for the arrival time of Earth-directed solar ejections with its unique side-viewing perspective.”

For more on STEREO: www.nasa.gov/stereo