The New Horizons spacecraft flew-by Kuiper Belt object 2014 MU69 on New Year’s day 2019. Nicknamed “Ultima Thule” by the mission team, the icy body is the farthest object in the solar system that humans have yet encountered.

It was known that 2014 MU69 was elongated or lobe-shaped from star occultation observations made from Earth – the flyby confirmed that the object is a “contact binary” consisting of two connected spheres. 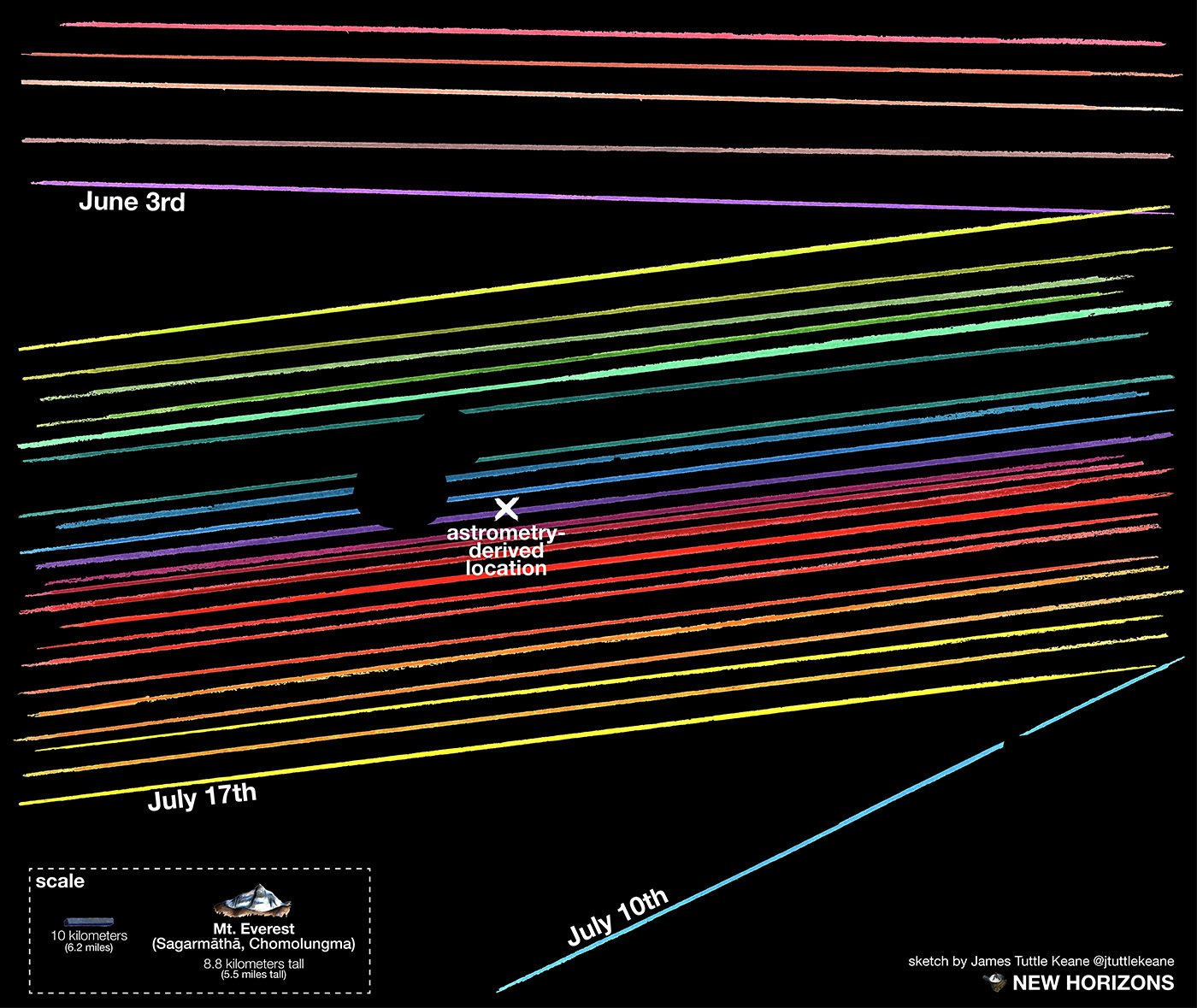 The colored lines mark the path of a star as seen from different telescopes on each day; the blank spaces on those lines indicate the few seconds when MU69 blocked the light from the star. Credit: NASA / JHUAPL / SwRI / James Tuttle Keane

The team says that the two spheres likely joined as early as 99 percent of the way back to the formation of the solar system, colliding no faster than two cars in a fender-bender.

Much higher resolution images are yet to come, as data from the spacecraft continues to arrive over the next several weeks.

I got to wondering what would happen to 2014 MU69 if it orbited much closer to the Sun – would it end up looking like comet 67P/Churyumov–Gerasimenko?

Interesting that 2014 MU69 is so obviously two bodies that stuck together – one has to wonder if it would end up looking like 67P/C-G if it was close enough to the Sun to outgas? One also wonders why we haven't spotted any tri-lobed objects? @specolations @hbhammel @MrBeamJockey https://t.co/ymVtQtXfTA