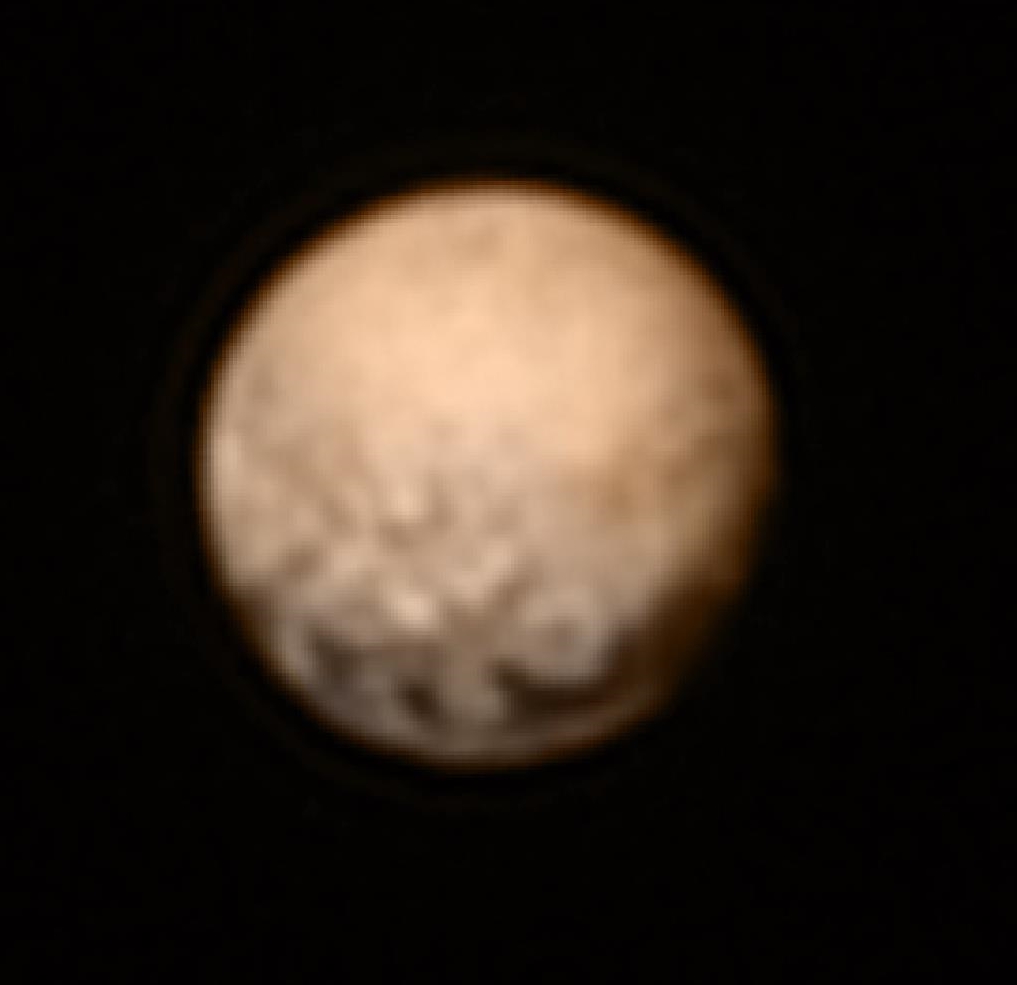 NASA’s New Horizon’s mission, scheduled to flyby dwarf planet Pluto and its moons on July 14th, suffered an anomaly on July 4th, causing a temporary loss of communications with the spacecraft. No images were scheduled to be taken during the down-time, and science data collection was only minimally affected.

From a John Hopkins Applied Physics Laboratory Press Release:
The recovery from a July 4 anomaly that sent the New Horizons spacecraft into safe mode is proceeding according to plan, with the mission team preparing to return to normal science operations on time on July 7.

Mission managers reported during a July 6 media teleconference that NASA’s New Horizons spacecraft resumed operations on its main computer overnight. The sequence of commands for the Pluto flyby have now been uplinked to the spacecraft, and full, as-planned science observations of Pluto, its moons and the solar winds will resume at 12:34 p.m. EDT July 7.

The quick response to the weekend computer glitch assures that the mission remains on track to conduct the entire close flyby sequence as planned, including the July 14 flyby observations of Pluto. “We’re delighted with the New Horizons response to the anomaly,” said Jim Green, NASA’s director of planetary science. “Now we’re eager to get back to the science and prepare for the payoff that’s yet to come.”

The investigation into the anomaly that caused New Horizons to enter safe mode on July 4 has confirmed that the main computer was overloaded due to a timing conflict in the spacecraft command sequence. The computer was tasked with receiving a large command load at the same time it was engaged in compressing previous science data. The main computer responded precisely as it was programmed to do, by entering safe mode and switching to the backup computer.

Thirty observations were lost during the three-day recovery period, representing less than one percent of the total science that the New Horizons team hoped to collect between July 4 and July 16. None of the mission’s most critical observations were affected. There’s no risk that this kind of anomaly could happen again before flyby, as no similar operations are planned for the remainder of the Pluto encounter.

“This is a speed bump in terms of the total return we expect to receive from this historic mission,” said Alan Stern, New Horizons principal investigator with the Southwest Research Institute, Boulder, Colorado. “When we get a clear look at the surface of Pluto for the very first time, I promise, it will knock your socks off.”