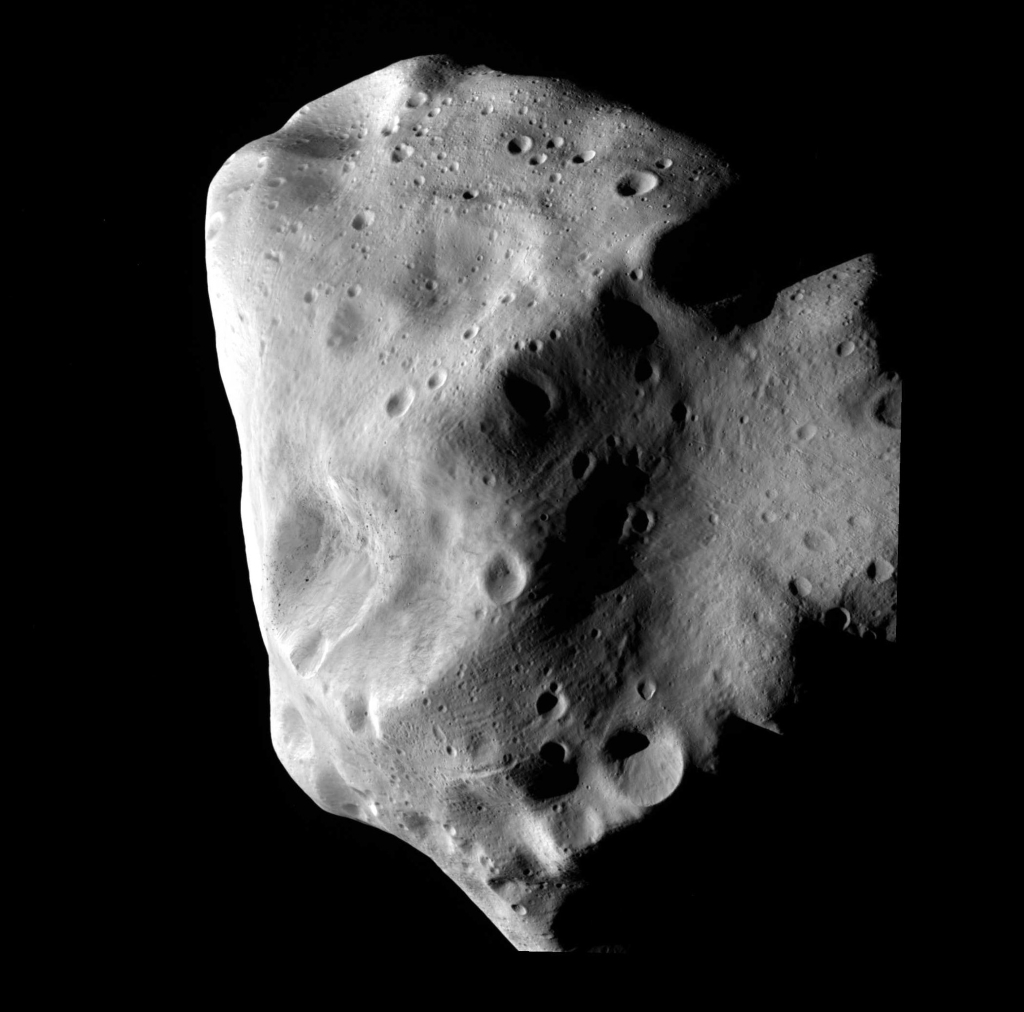 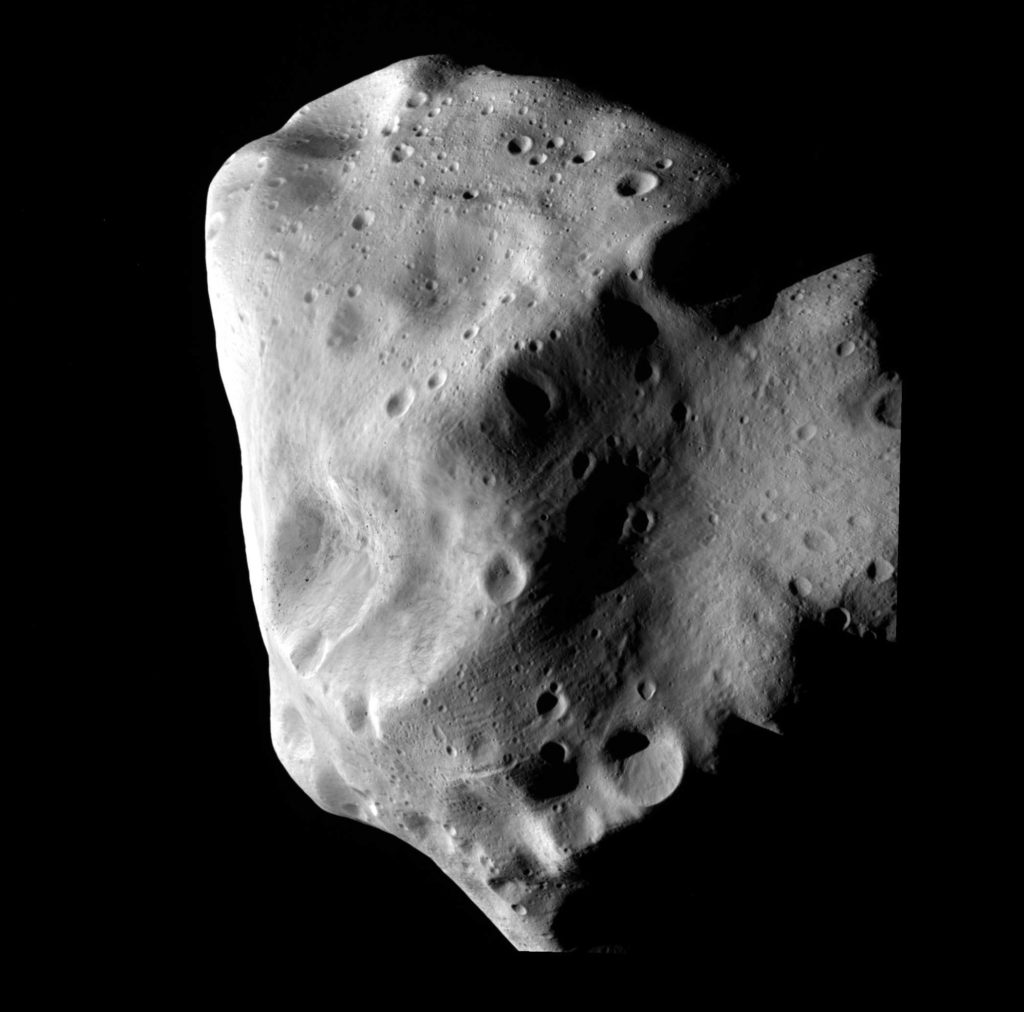 The day before the 4th anniversary of the Chelyabinsk meteor strike, the IAU Minor Planet Center released a new circular: this one, however, contains only the citations for newly names minor planets – it is completely devoid of the usual list of asteroid and comet observations.

(6117) Brevardastro = 1985 CZ1
Discovered 1985 Feb. 12 by H. Debehogne at the European Southern Observatory.
Brevard is a county on the east coast of Florida and is known as the “space coast”. Brevard county is the home of the Kennedy Space Center, Cape Canaveral, where many of the early manned space flights originated. The Brevard Astronomical Society is a very active amateur astronomy community in Brevard county.

(6118) Mayubosh = 1986 QX3
Discovered 1986 Aug. 31 by H. Debehogne at the European Southern Observatory.
There is a Japanese poem whose subject is Mt. Bizan in the Manyosyu, an anthology of the Nara Era. Mt. Bizan is a small mountain that looks like an eyebrow, and is one of the symbols of Tokushima. This whimsical name uses the character for eyebrow, “mayu”, combined with “boshi” (star).

(6125) Singto = 1989 CN
Discovered 1989 Feb. 4 by S. Ueda and H. Kaneda at Kushiro.
Singto Pukahuta (1915–2007) was a prominent Thai astronomy educator and author. He was a founder and Director of the Bangkok Planetarium, and president of the Thai Astronomical Society. One of his books, Star Tales, was included in the List of 100 Good Books that Thai Children and Young Adults Should Read.

(6126) Hubelmatt = 1989 EW1
Discovered 1989 Mar. 5 by Z. V´avrov´a at Kleˇt..
In 1966 the Astronomical Society of Lucerne got permission from the city to use an observatory dome that was located on the grounds of Hubelmatt, a public school. Public tours have been held at the observatory every Tuesday evening. In 1979 a new observatory opened on the roof of the nearby schoolhouse, Hubelmatt West.

(6134) Kamagari = 1990 RA5
Discovered 1990 Sept. 15 by H. E. Holt at Palomar.
Kamagari is an area in the south of Kure city in Hiroshima prefecture. The Kamagari astronomical observatory is located in this area.

(6138) Miguelhernández = 1991 JH1
Discovered 1991 May 14 by S. Otomo and O. Muramatsu at Kiyosato.
Miguel Hernández (1910–1942) was a poet who fought for peace and the Republic during the Spanish Civil War. He was incarcerated in several fascist prison camps until his death at the summit of the repression. His name went into oblivion until the collapse of the fascist dictatorship, when his plays and poems were rediscovered.

(6142) Tantawi = 1993 FP
Discovered 1993 Mar. 23 by A. C. Gilmore and P. M. Kilmartin at Lake Tekapo.
Muhammad Tantawi (1845–1889) was an Egyptian astronomer and mathematician, who was born in Tanta and later settled in Damascus, Syria. He is well known for reconstructing the ancient sundial in Omayad Mosque in the ancient city of Damascus, which was originally made by Syrian astronomer Ibn al-Shatir.

(6159) Andréseloy = 1991 YH
Discovered 1991 Dec. 30 by S. Ueda and H. Kaneda at Kushiro.
Andrés Eloy Martinez (b. 1963) is a Mexican astronomer and science popularizer known in his country for his radio dramatization of the novel War of the Worlds. He loves creating science videos for the Internet. His biggest concerns are global warming and an asteroid impact on Earth.

(6177) Fécamp = 1986 CE2
Discovered 1986 Feb. 12 by H. Debehogne at the European Southern Observatory.
Fécamp is a small town located in Normandy, France. The history of F´ecamp rests with that of its abbey.

(6187) Kagura = 1988 RD5
Discovered 1988 Sept. 2 by H. Debehogne at the European Southern Observatory.
The Kagura is a Shinto theatrical dance, that has been perfomed in sacred places and on special occasions for a thousand years in Japan.

(6192) Javiergorosabel = 1990 KB1
Discovered 1990 May 21 by E. F. Helin at Palomar.
Javier Gorosabel (1969–2015) was a Spanish astronomer, born in the Basque Country. His contributions to the study of γ-ray bursts were crucial for the development of that field. He was an eager popularizer of astronomy.

(6196) Bernardbowen = 1991 UO4
Discovered 1991 Oct. 28 by S. Ueda and H. Kaneda at Kushiro.
Bernard Bowen was the founding chair of the International Centre for Radio Astronomy Research and was instrumental in its establishment in 2009. He helped bring part of the Square Kilometre Array telescope to Western Australia. He has also had a distinguished career in Australian marine science and environmental protection.

(6212) Franzthaler = 1993 MS1
Discovered 1993 June 23 by M. Nassir at Palomar.
Franz Thaler (1925–2015) was an author from South Tyrol, Italy and a survivor of Dachau and Hersbruck. Thaler’s memoir, Unvergessen (Unforgotten), initiated the process of coming to terms with what happened during the Nazi era. He was a firm believer in the peaceful coexistence of the three ethnic groups living in South Tyrol.

(6215) Mehdia = 1973 EK
Discovered 1973 Mar. 7 by L. Kohoutek at Bergedorf.
Mehdia, equivalent to the Arabic word for “gift”, is a region in Morocco with rich natural resources. The forest and the Sidi Boughaba lake are home to thousands of species, including endangered migrating birds from Europe and Sub-Saharan Africa, which prefer to spend the winter in the calm, warm waters of Sidi Boughaba.

(6217) Kodai = 1975 XH
Discovered 1975 Dec. 1 by C. Torres and S. Barros at Cerro El Roble.
Kodai Fukushima (b. 1991) is a founder of the student club Libertyer. He made the original proposal of the chosen names “Libertas” and “Fortitudo” for the host star ξ Aquilae and its exoplanet ξ Aquilae b in the IAU’s NameExoWorlds contest.

(6327) Tijn = 1991 GP1
Discovered 1991 Apr. 9 by E. F. Helin at Palomar.
Named for Tijn Kolsteren from the Netherlands, who, at age 6 and diagnosed with an incurable brain tumor, raised over 2 million euros for the International Red Cross, as part of the Dutch charity radio program Serious Request 2016.

(6893) Sanderson = 1983 RS3
Discovered 1983 Sept. 2 by H. Debehogne at the European Southern Observatory.
Richard Sanderson (b. 1955) is Curator of Physical Science at the Springfield Science Museum in Massachusetts, USA. He has been actively involved in developing and presenting popular astronomy public outreach programs for several decades.

(11780) Thunder Bay = 1942 TB
Discovered 1942 Oct. 3 by L. Oterma at Turku.
Thunder Bay, located on the shores of Lake Superior, is the most populous municipality in Northwestern Ontario, Canada. Formed in 1970 as the amalgamation of two cities, Thunder Bay is known as “the Lakehead” because it is Canada’s westernmost port on the Great Lakes and the end of Great Lakes Navigation.

(12706) Tanezaki = 1990 TE1
Discovered 1990 Oct. 15 by T. Seki at Geisei.
Tanezaki is a beach on the eastern side of Urado Bay in Kochi prefecture. It is a beautiful parkland dotted with pine trees and a great place for swimming and relaxation for Kochi city residents.

(14467) Vranckx = 1993 OP3
Discovered 1993 July 20 by E. W. Elst at the European Southern Observatory.
Rudy Vranckx (b. 1959), a historian, has been a conflict journalist in the news department of the Flemish public service broadcaster VRT for more than 25 years. In a career, which included time spent in the Centre for Peace Studies at KU Leuven, he has reported on many conflicts all over the world.

(20098) Shibatagenji = 1994 WC2
Discovered 1994 Nov. 24 by K. Endate and K. Watanabe at Kitami.
Genji Shibata (b. 1940) is a medical doctor, who contributed to public welfare by establishing a hospital and a home for elderly people in Yamaguchi, Japan.

(30881) Robertstevenson = 1992 RS4
Discovered 1992 Sept. 2 by E. W. Elst at the European Southern Observatory.
Robert Louis Stevenson (1850–1894) was a Scottish novelist, poet, essayist and travel writer. His 1879 publication Travels with a Donkey in the C´evennes, recounted his 200 km trip on foot through the C´evennes mountains. The road he followed has been named Chemin de Stevenson in his honor.