Among the spacecraft now exploring the solar system are two that, if all goes well, will give us our first close-range views of distant worlds. 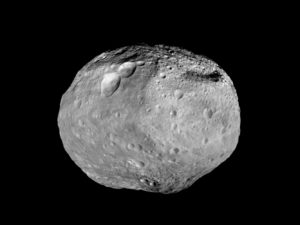 Having orbited Vesta for over a year, then departed, NASA’s Dawn spacecraft is presently cruising through the asteroid belt for a rendezvous with the largest asteroid, Ceres. In April, Dawn’s ion-propulsion thrusters will ease it into orbit, beginning a prolonged campaign to study Ceres.

The low density of the 950-km-diameter asteroid suggests that it may contain frozen water in abundance. It may be a specimen, or at least a relative, of the kind of protoplanets that merged long ago to form the major planets.

As for Vesta, previous explanations of its nature do not match the wealth of new data on its geochemical composition. Following Dawn’s extended visit, studies of Vesta and similar bodies are entering a new era.

Meanwhile, the New Horizons spacecraft is nearing its own target, Pluto. Launched by the U.S. in 2006, it picked up further speed in a slingshot encounter with Jupiter in 2007. On 14 July next year, New Horizons will zoom past Pluto and its moons.

In a sense, the flyby will be brief–relative to Pluto, the spacecraft will be moving at 50,000 kilometers per hour. In another sense, the flyby will last for months. New Horizons is planned to wake from hibernation on 6 December this year, and begin observations of Pluto in February. In May, it will be close enough to snap pictures of Pluto with better resolution than the best Hubble Space Telescope images. Week by week, more and more of Pluto and its large moon Charon will become apparent. The smaller satellites will remain just dots until July.

Beyond Pluto may lie another destination. In the years after 2015, New Horizons may continue on to another flyby of a Kuiper Belt object; three candidates, all discovered recently, are under evaluation to become the mission’s final target.

2015 arrives soon. Provided both spacecraft remain healthy, Dawn and New Horizons should reveal much previously hidden during the year to come. 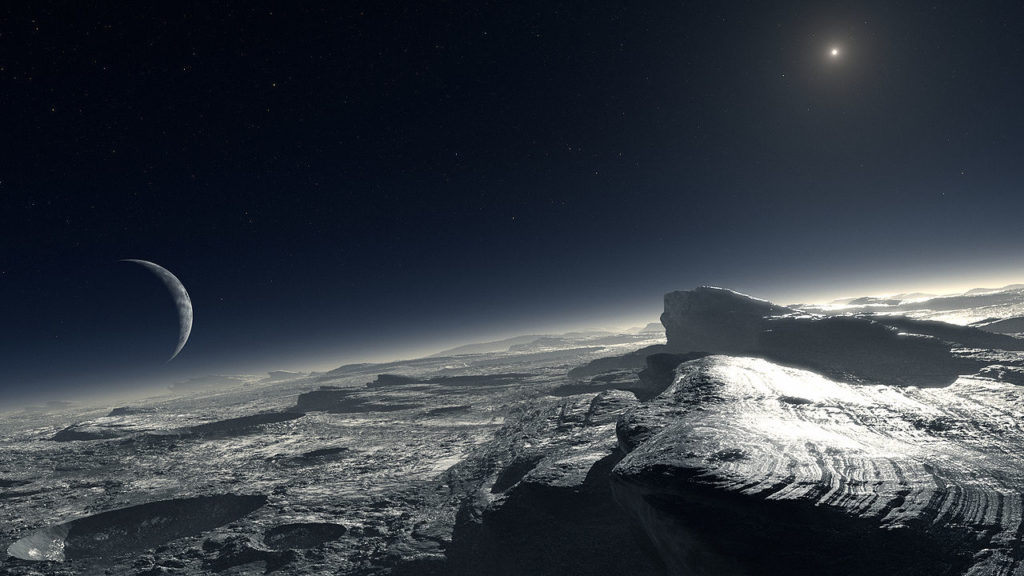