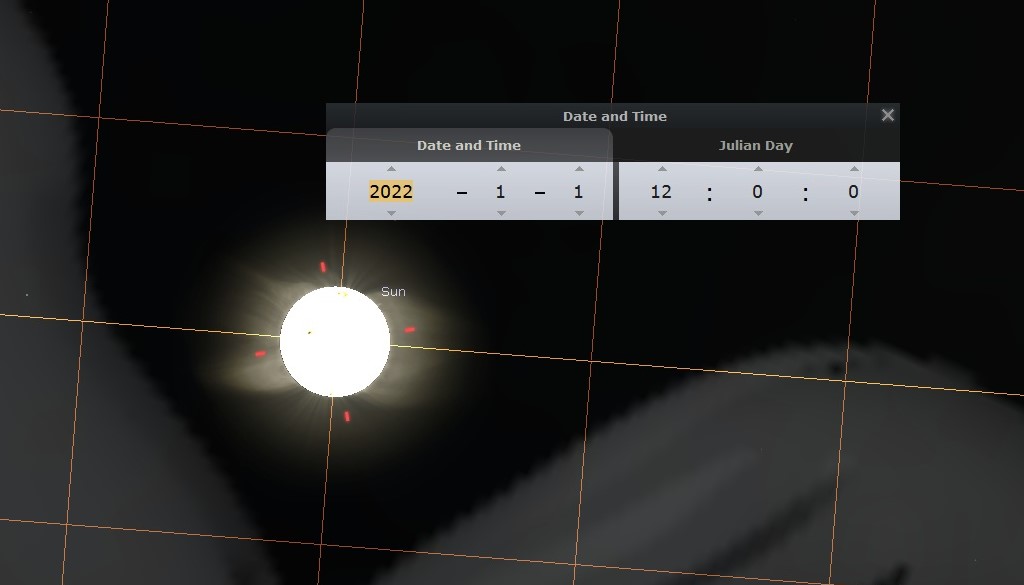 This has been an interesting Advent-Christmas season.  Christmas 2022 fell on Sunday, making Advent 2022 as long as it could be—four full weeks.  Thus New Year’s Day this year, the Solemnity of Mary, the Holy Mother of God, also fell on Sunday.  The Baptism of the Lord, which in 2022 and 2021 were celebrated on the Sunday after the Epiphany, this year will be celebrated on this coming Monday, January 9.

Priests like Fr. James Kurzynski here at Sacred Space Astronomy, and others involved in liturgies, have had a light load this year; there have been far fewer masses than there usually are during the Christmas season.  Enjoy it, Fr. James!  You won’t see this again for a while.

The sun requires 365… and ¼… days to complete its cycle through the zodiac.  That’s why it is not back to the same spot until 6:00 p.m.  (Actually, it is not exactly ¼ of a day, but it is very close.)  The fact that the sun is not back to exactly the same spot in 365 days is more apparent in the images below.

This might lead us to expect that Christmas and New Year’s fall on Sundays once every seven years.  However, because of that “and ¼”, we have a leap year once every four years.  On leap years, there are 29 days in February, and the calendar year consists of 366 days.

And look at what is coming up:

The table below shows all the years between 1900 and 2150 that have had or will have Sunday Christmases (and thus maximum-length Advents, Sunday New Year’s following, etc.), and the number of years passing between them.  Note the repeating pattern of six years, five years, six years, eleven years.