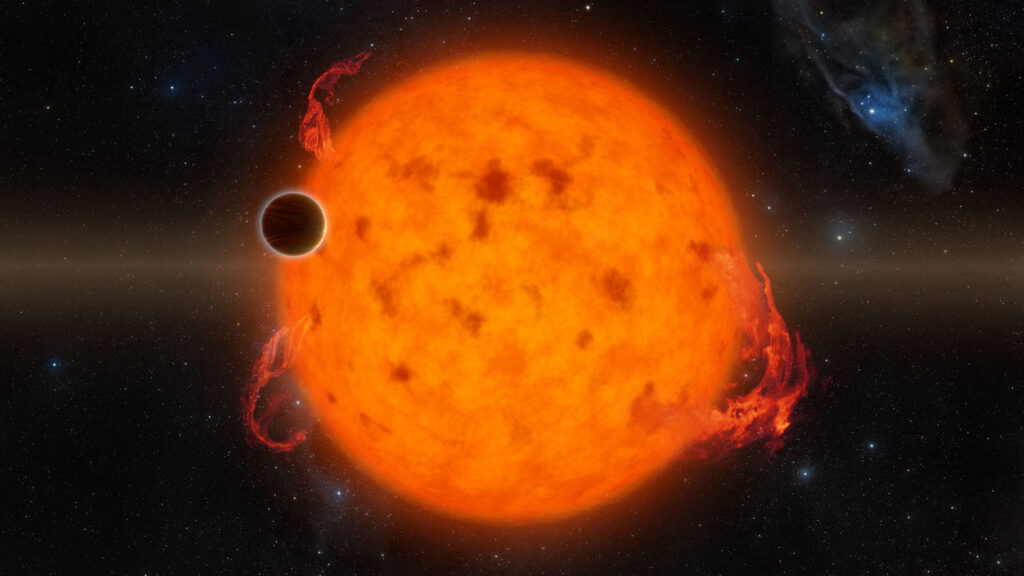 Artist’s concept of K2-33b – one of the youngest exoplanets detected to date. Credit: NASA/JPL-Caltech

Astronomers have discovered the youngest fully formed exoplanet ever detected. The discovery was made using NASA’s Kepler Space Telescope and its extended K2 mission, as well as the W. M. Keck Observatory on Mauna Kea, Hawaii. Exoplanets are planets that orbit stars beyond our sun. 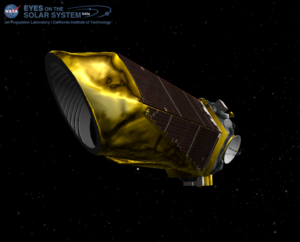 The newfound planet, K2-33b, is a bit larger than Neptune and whips tightly around its star every five days. It is only 5 to 10 million years old, making it one of a very few newborn planets found to date.

“Our Earth is roughly 4.5 billion years old,” said Trevor David of Caltech in Pasadena, lead author of a new study published online June 20, 2016, in the journal Nature. “By comparison, the planet K2-33b is very young. You might think of it as an infant.” David is a graduate student working with astronomer Lynne Hillenbrand, also of Caltech.

Planet formation is a complex and tumultuous process that remains shrouded in mystery. Astronomers have discovered and confirmed roughly 3,000 exoplanets so far; however, nearly all of them are hosted by middle-aged stars, with ages of a billion years or more. For astronomers, attempting to understand the life cycles of planetary systems using existing examples is like trying to learn how people grow from babies to children to teenagers, by only studying adults.

“The newborn planet will help us better understand how planets form, which is important for understanding the processes that led to the formation of Earth,” said co-author Erik Petigura of Caltech.

The first signals of the planet’s existence were measured by K2. The telescope’s camera detected a periodic dimming of the light emitted by the planet’s host star, a sign that an orbiting planet could be regularly passing in front of the star and blocking the light. Data from the Keck Observatory validated that the dimming was indeed caused by a planet, and also helped confirm its youthful age. 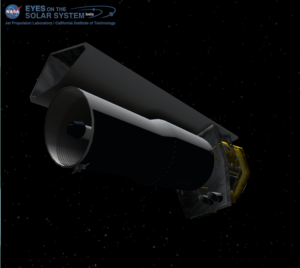 Infrared measurements from NASA’s Spitzer Space Telescope showed that the system’s star is surrounded by a thin disk of planetary debris, indicating that its planet-formation phase is wrapping up. Planets form out of thick disks of gas and dust, called protoplanetary disks, that surround young stars.

“Initially, this material may obscure any forming planets, but after a few million years, the dust starts to dissipate,” said co-author Anne Marie Cody, a NASA Postdoctoral Program fellow at NASA’s Ames Research Center in California’s Silicon Valley. “It is during this time window that we can begin to detect the signatures of youthful planets with K2.”

A surprising feature in the discovery of K2-33b is how close the newborn planet lies to its star. The planet is nearly 10 times closer to its star than Mercury is to our sun, making it hot. While numerous older exoplanets have been found orbiting very tightly to their stars, astronomers have long struggled to understand how more massive planets like this one wind up in such small orbits. Some theories propose that it takes hundreds of millions of years to bring a planet from a more distant orbit into a close one — and therefore cannot explain K2-33b, which is quite a bit younger. 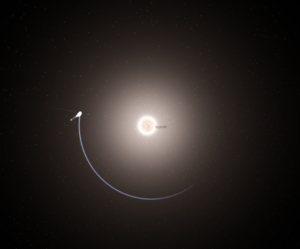 The science team says there are two main theories that may explain how K2-33b wound up so close to its star. It could have migrated there in a process called disk migration that takes hundreds of thousands of years. Or, the planet could have formed “in situ” — right where it is. The discovery of K2-33b therefore gives theorists a new data point to ponder.

“After the first discoveries of massive exoplanets on close orbits about 20 years ago, it was immediately suggested that they could absolutely not have formed there, but in the past several years, some momentum has grown for in situ formation theories, so the idea is not as wild as it once seemed,” said David.

“The question we are answering is: Did those planets take a long time to get into those hot orbits, or could they have been there from a very early stage? We are saying, at least in this one case, that they can indeed be there at a very early stage,” he said. 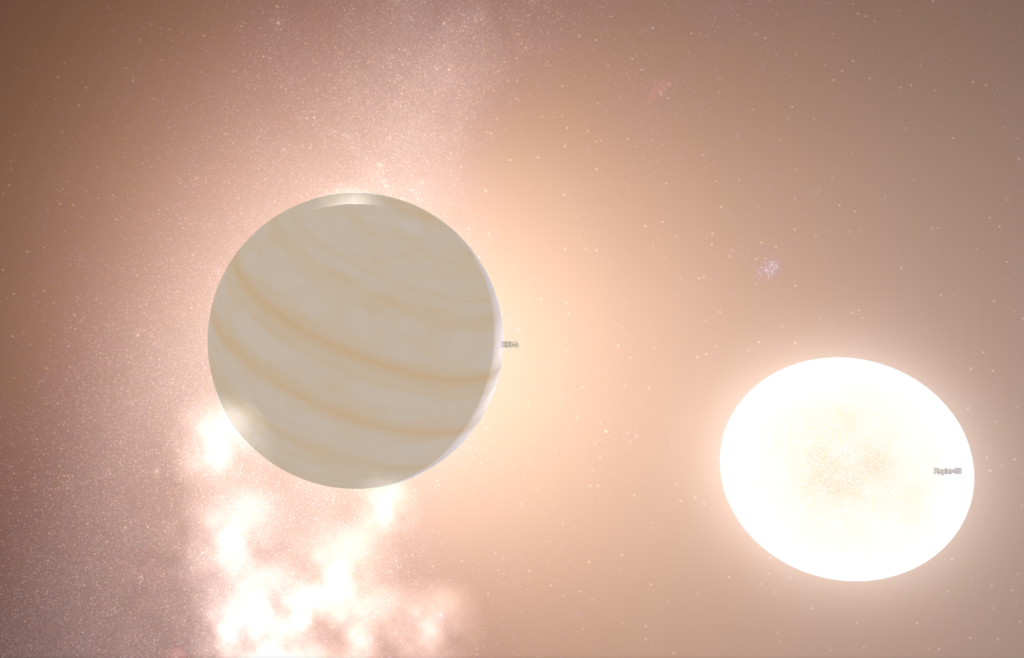