In the wide channel between Oceanus Procellarum and Mare Imbrium, from Aristarchus to Mairan, are scattered some interesting features worthy of scrutiny. Here you can see Aristarchus (41km diameter) in the lower left corner and Mairan (also 41km) at the upper edge. The diameter is where the similarities between these two ends. Aristarchus the highest albedo of any crater on the visible disk of the Moon. It has been the site of many reports of transient events ever since the time of William Herschel who believe this to be an active volcano, now known to not be true. It is also very young at 175 million years old. Above Aristarchus is a arc open towards the bright crater. This partially flooded crater is Prinz with the Montes Harbinger sparkling in the early morning light farther on. The crater Kreiger (22km) is filled with shadow to the left or west of these mountains. To the east are two more craters in Mare Imbrium. The larger is Delisle (26km) and south of it is Diophantus (19km). Working our way north and west (left) from Delisle we come to a small crater Gruithuisen (17km) (pronounced Grooth-wee-sen) and above it The three odd shaped mountains the upper two of the trio are Mons Gruithuisen Delta on the right and Mons Gruithuisen Gamma left. These are two large lunar domes formed from the upwelling of magma (lavas) from cracks in the lunar surface at some time in the past. Gamma has a small near-central pit on its summit as well not seen here because of shadow. We end with Mairan, north of these domes. 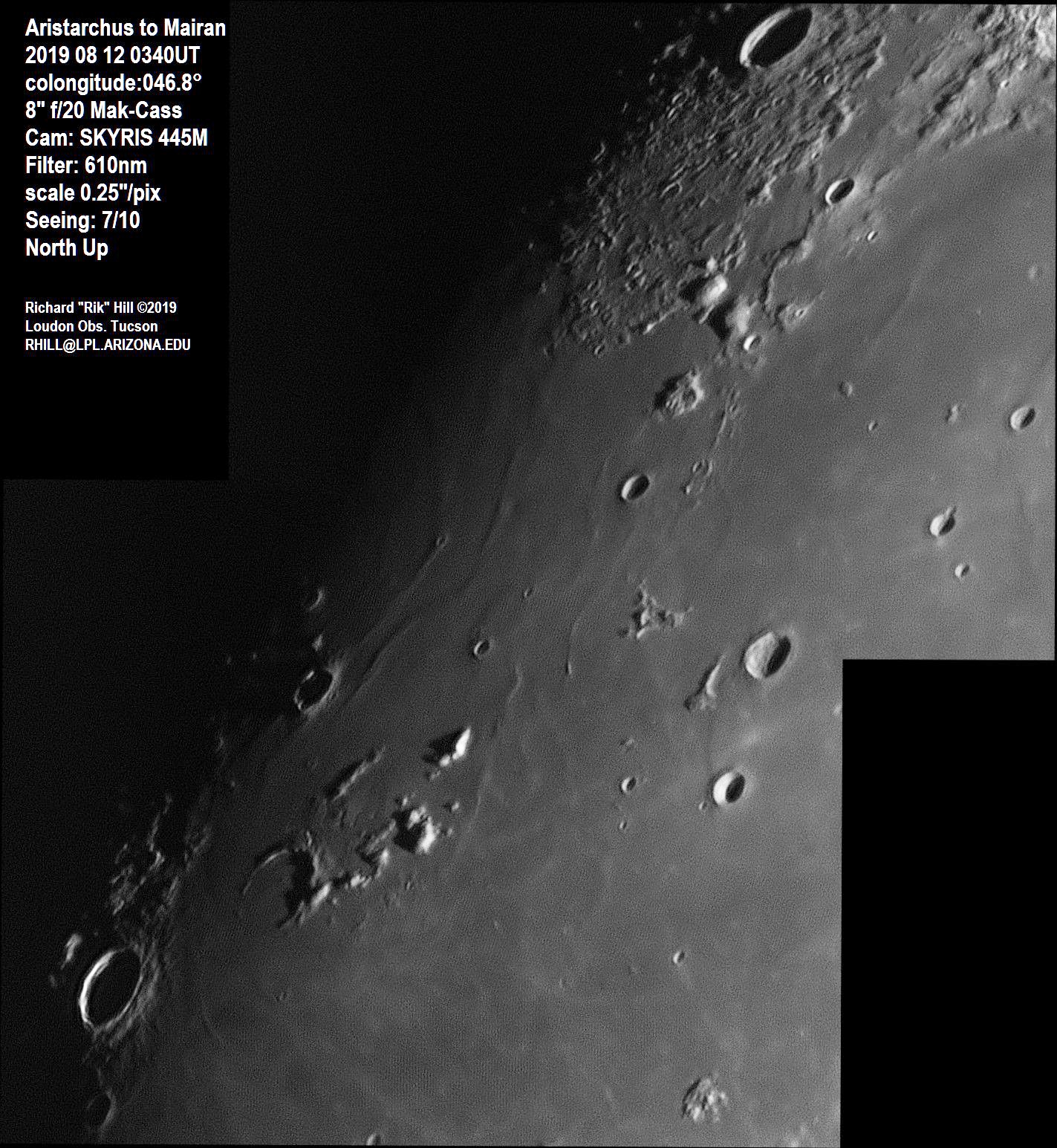