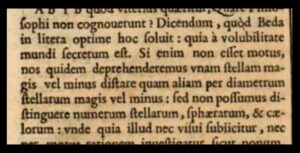 Among the many writings of St. Albert the Great (b. ~1200, d. 1280) is a little article on whether the “empyrean heaven” (that is, Heaven) is a physical body.  Albert notes the Venerable Bede as saying that philosophers could not know anything about the empyrean heaven, “because it is hidden by the spinning of the universe.”  In other words, it lies beyond the sphere of stars that revolves about an unmoving Earth (in Albert’s time Earth was presumed to be the center of the universe).  This revolution is what causes heavenly bodies to rise in the east and set in the west.  But then Albert inserts a most interesting comment about the universe of stars itself:

Note how Albert cites “the greater or lesser diameter of the stars.”  As discussed more than once in this blog, a person with excellent vision will see stars as being small, round dots of differing apparent sizes, or magnitudes.  Magnitude means bigness, as this old discussion of the scale of magnitudes indicates:

The fixed Stars appear to be of different Bignesses….  Hence arise the Distribution of Stars, according to their Order and Dignity, into Classes; the first Class… are called Stars of the first Magnitude; those that are next to them, are Stars of the second Magnitude… and so forth, ‘till we come to the Stars of the sixth Magnitude, which comprehend the smallest Stars that can be discerned with the bare Eye….

Albert thinks we see the diameters of the bodies of stars themselves, but we do not.  Those dots of differing sizes are spurious—products of optics, not the physical bodies of the stars.  And, even if we could see the bodies of stars and know something about their diameters, Albert’s implicit assumption that a smaller star is farther away is still false, because stars are wildly diverse in their luminosities and physical sizes.

But Albert did not know that the dots were spurious and that the stars are wildly diverse.  No one would know these things until hundreds of years later.  What Albert says makes sense granted the knowledge of his time, and it is interesting because it contrasts with the usual pre-modern view of the stars, namely that they were spherically arranged about the center of the universe.  In Albert’s time that center was presumed to be the Earth, but even Copernicus three centuries later supposed the stars to be spherically arranged about the center of the universe—it was just that in his universe that center was the sun. In such a case, the differing magnitudes of the stars are owed to some stars just being physically larger than others.  By contrast, what Albert is saying is that the differing apparent diameters of the stars show that some are more distant than others.  In other words, Albert is saying that the universe of stars has depth. 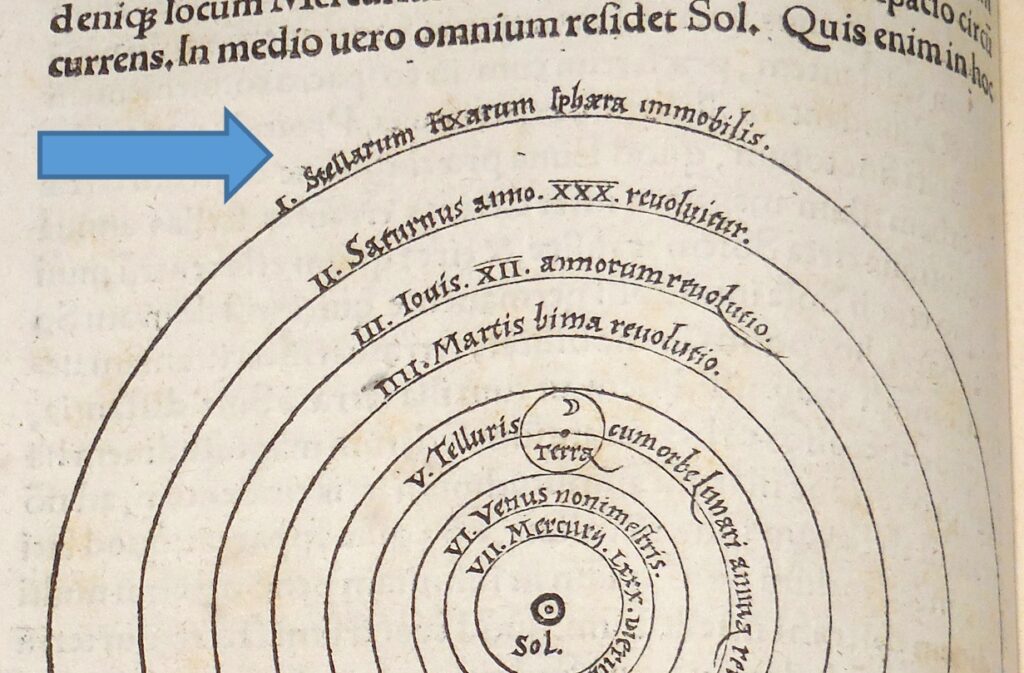 The immobile Sphere of the Fixed Stars (arrowed) illustrated in the William Marshall Bullitt Collection copy of the 1543 De Revolutionibus of Copernicus, from the Archives and Special Collections at the University of Louisville Ekstrom Library.

There is something else we observe about the stars and their magnitudes besides their differing magnitudes.  We observe that the “smaller” stars are more numerous than the “larger” ones, and not just a bit more numerous, but dramatically more numerous, and at every level.  Were the stars all on a sphere, so that their magnitudes just reflected their physical sizes, small ones would not have to outnumber large ones.  There could be equal numbers of all magnitudes, or bright stars could outnumber faint ones.  Anything could be possible.

But suppose instead that the stars are not on a sphere, and that their differing magnitudes reflect not differing physical sizes, but differing distances from Earth.  First-magnitude stars would be the closest stars, second-magnitude ones farther away, third magnitude farther still, and so on. 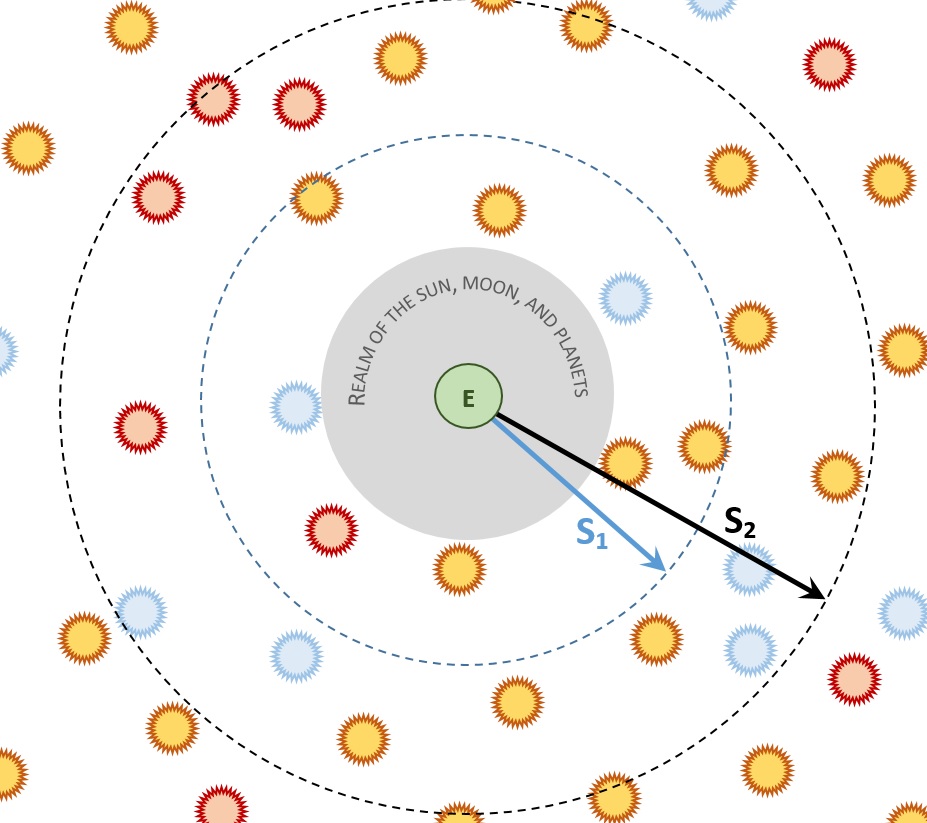 Many more stars are enclosed within the radius S2 than within S­1.

Double a sphere’s the radius, and its volume (and the number of stars it encloses) is enlarged by 2x2x2=8 times.  Triple the radius and the volume grows by 3x3x3=27 times, and so on.  Here is a graph of how the volume of a sphere progresses with radius: 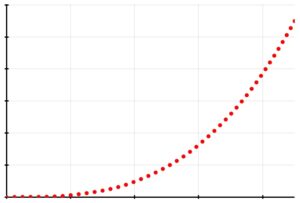 The volume of a sphere (vertical axis) versus its radius (horizontal axis).

If magnitude is connected to distance, then the number of stars should progress with magnitude in a similar manner.  This is exactly what is seen.  Here is a graph, using numbers from the star catalog of the second-century astronomer Ptolemy (who Albert mentions a few pages earlier in the same work): 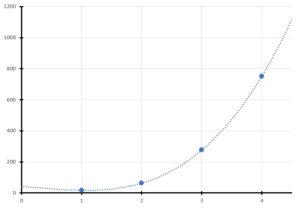 Recall that Albert comments that we cannot tell how many stars there are—“we are not able to distinguish the number of the stars.”  This leaves open the possibility that the stars extend out quite a bit; there may be many stars that we cannot see.  And since it is unlikely that an indefinitely large universe of stars is rotating, perhaps it might not move, as Albert suggests.  That would mean that the rising and setting of the celestial bodies is caused by a rotation of Earth.

This is interesting stuff.  Thomas Digges, an English astronomer who lived more than three centuries after Albert, is typically credited as being the first person to think of the universe of stars as extending outward indefinitely.  And Digges provides no reason for saying why he supposes the stars to extend outward, let alone a reason based on observation.  As this is the Vatican Observatory’s “The Catholic Astronomer” blog, perhaps among its readers is an Albert the Great scholar who is familiar with Albert’s works and might know if he said anything else on this matter.