I was putting the finishing touches on a lecture I was to give to the Warren Astronomical Society titled “Exploring the Solar System;” I wanted to put a couple images of the orbits of the moons of the planets. The image below shows the inner moons of Jupiter, in nice circular orbits – this is pretty much exactly what one would expect when it comes to moons, right? 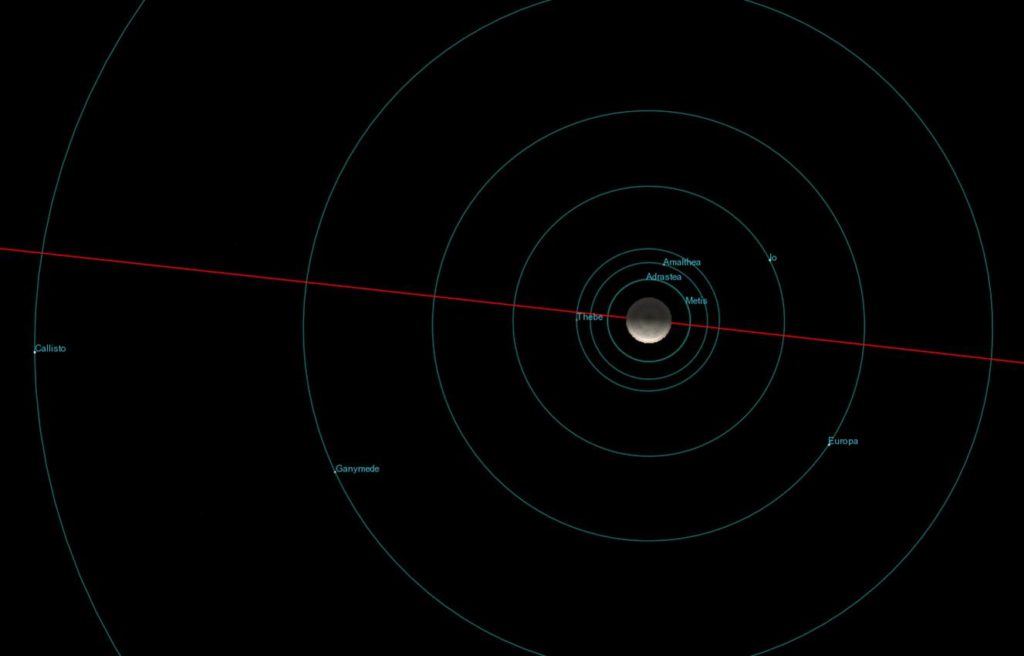 Now, I KNEW that Jupiter had 67 moons, and I KNEW that several of them were captured comets and asteroids… but I did not expect to see this when I zoomed out to show the orbits ALL of Jupiter’s moons. 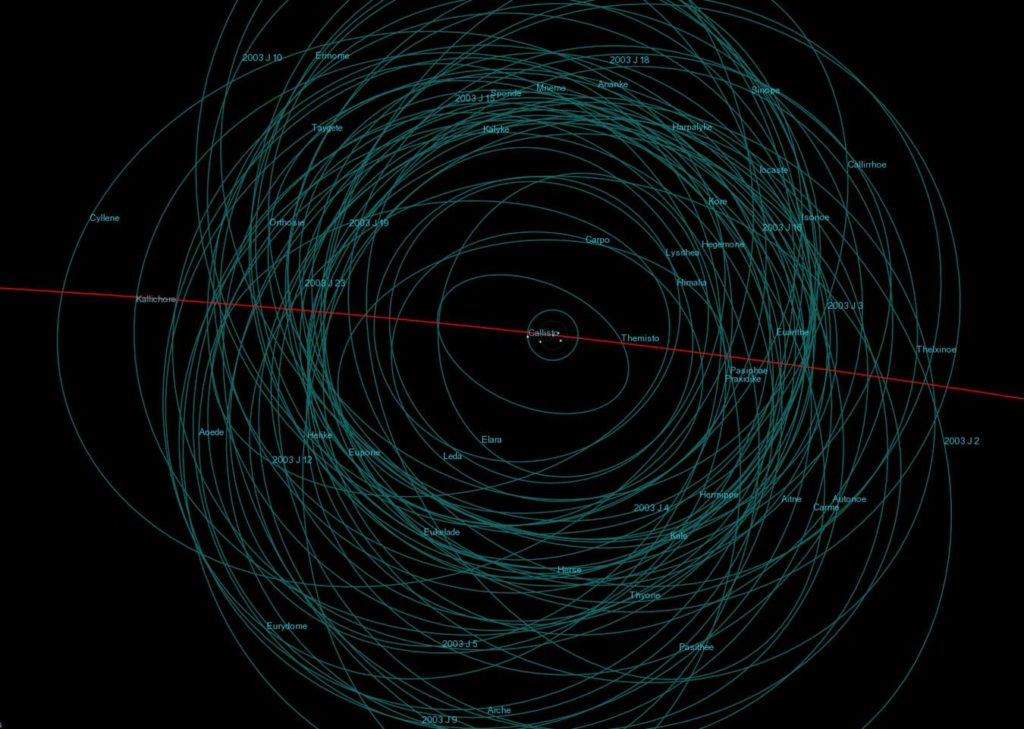 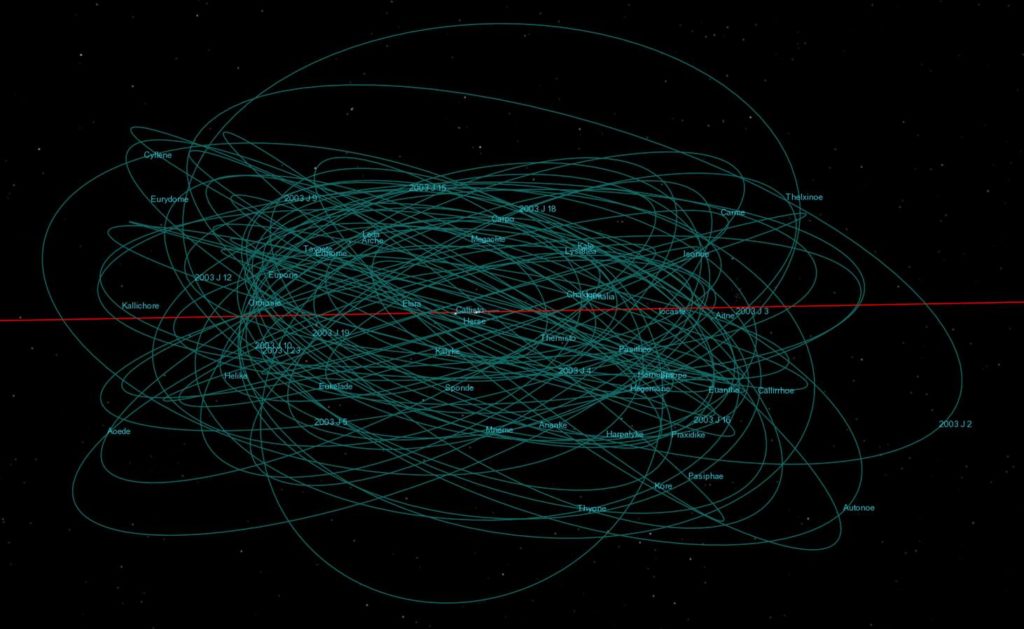 Jupiter is a MESS! And Saturn isn’t any better: 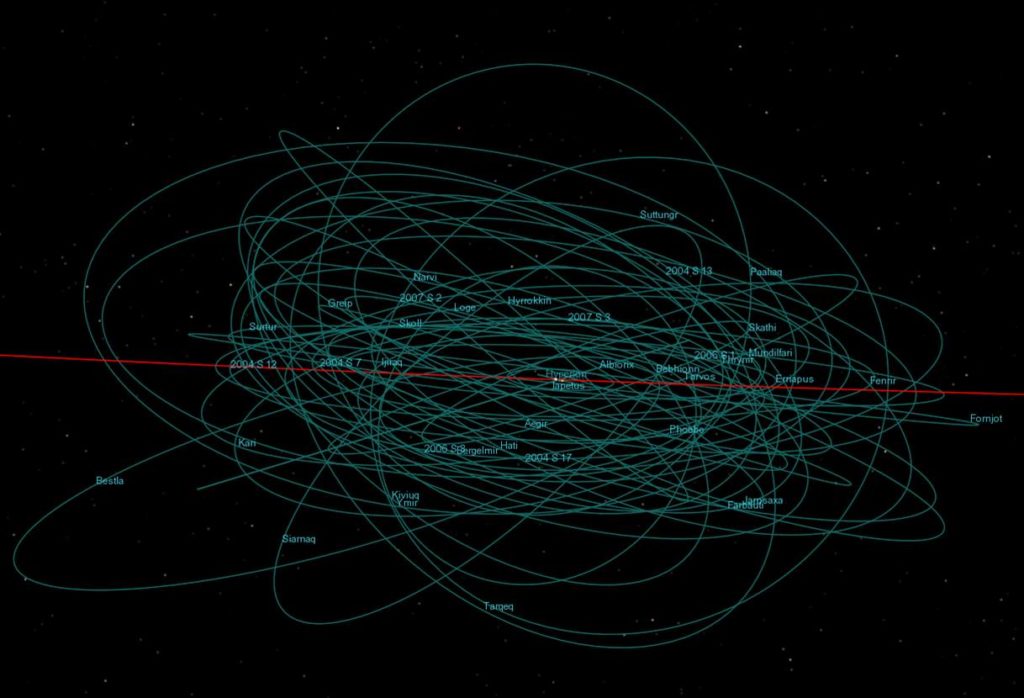 I don’t know WHAT I was expecting, but this wasn’t it, and it should have been… I can’t remember seeing anything like this in any books of Astronomy that I have seen.

These images were captured from the Windows app Celestia – I encourage you to install it and play with it. It has an active user community, and you can download things like scripts and 3D models of spacecraft.