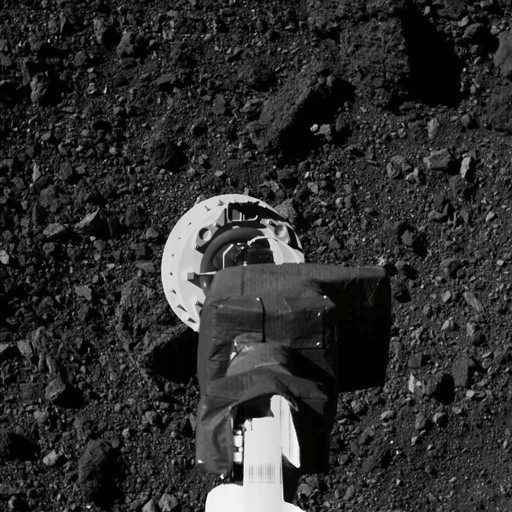 On Tuesday October 20, NASA’s OSIRIS-REx mission will gather a sample from the surface of an asteroid – a first in U.S. space exploration history!

The OSIRIS-REx asteroid sample return mission is led by NASA’s Jet Propulsion Laboratory (JPL); the spacecraft has been in proximity to the asteroid for quite some time, mapping the surface in great detail. Asteroid Bennu’s unexpectedly rocky surface made selection of a safe sample location difficult, but eventually 4 candidates were selected and a final site chosen. The spacecraft has done two test-runs of its sample collection maneuver in August, getting to within 131 ft (40 m) of the asteroid’s surface.

OSIRIS-REx has made several discoveries as it has surveyed the surface of asteroid Bennu – it saw particles being ejected from the asteroids surface.

We’ve also learned a lot about Bennu’s gravity field. Using the natural supply of mini gravity probes (ejected particles), the team discovered that the interior of Bennu is not uniform. pic.twitter.com/JUdGvf145p

Pieces of asteroid Vesta, which suffered a massive impact in the distant past, may have been detected on the surface of Bennu!

University students and researchers noticed an x-ray outburst from a black hole while using instruments on OSIRIS-REx.

The sampling mechanism on OSIRIS-REx is designed to allow for three sample acquisition attempts; after a sample has been successfully collected, the spacecraft will return the sample to Earth, arriving in 2023.

OSIRIS-REx is one of several currently active sample return missions – JAXA’s HAYABUSA2 spacecraft is currently returning to Earth with a sample from asteroid Ryugu. SAMPLE RETURN MISSIONS ACTIVE IN 2020 This infographic shows all sample return missions active and expected to be active in 2020. Credit: The Planetary Society

On a personal note: I’ve been an asteroid fanatic since 2012, and I’m an ambassador for NASA’s OSIRIS-REx mission – I am ridiculously excited about this sample acquisition! I wish the spacecraft had some onboard sample analysis capability – having to wait till 2023 may drive me crazy! But I know, I know… adding that would greatly increase the mission’s complexity, launch weight, cost and pretty much everything else. 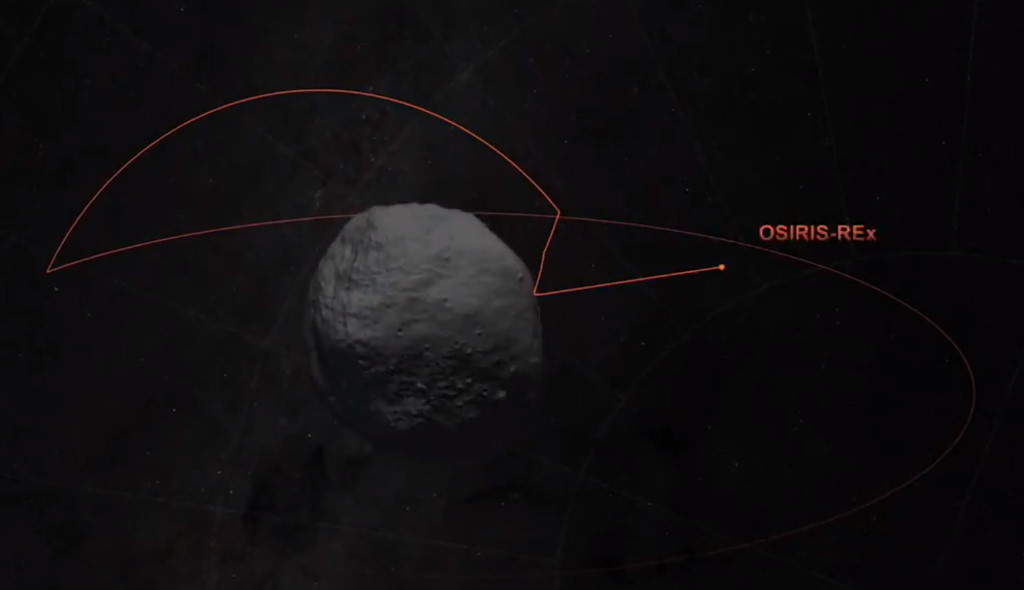