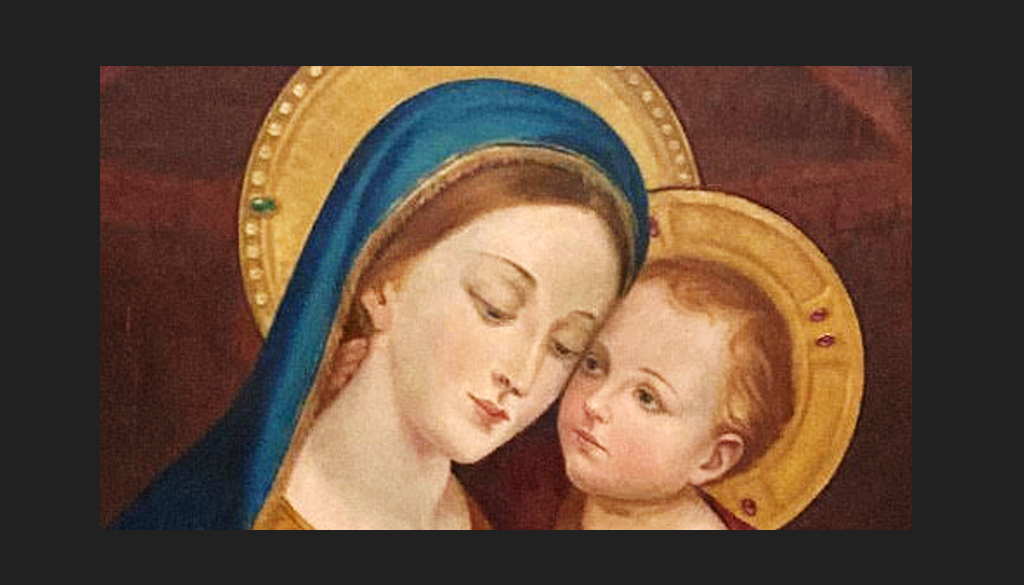 On April 26, the Vatican Observatory staff at Castel Gandolfo near Rome celebrates the feast of Our Lady of Good Counsel.

A letter is posted in the chapel there that identifies Our Lady of Good Counsel as patroness of the Jesuit community at Castel Gandolfo, and grants to them the privilege to celebrate her feast as a solemnity. The letter is from the Cardinal who was then prefect of what at that time was the Sacred Congregation of Rites, Carlo Salotti.

The Congregation of Rites

The 1912 Catholic Encyclopedia states that—

The Congregation of Rites has a double function. It is charged with the direction of the Liturgy of the Latin Church, and therefore, with the supervision of the performance of the rites prescribed by the Church for the celebration of the sacred mysteries and other ecclesiastical functions and offices, and also, with the granting of all privileges, personal or local, temporary or perpetual, which relate to the rites or ceremonies of the Church.

—privileges such as those granted to the Jesuit community at Castel Gandolfo. (The Congregation also had “another Charge of no less importance: the decision of causes of beatification and canonization of servants of God, and of the veneration of their relics.” Pope Paul VI divided the Congregation of Rites into congregations for Divine Worship and for Causes of Saints with the Apostolic Constitution “Sacra Rituum Congregatio” in 1969; the Congregation for Divine Worship, for example, recently issued guidance to bishops on the Celebration of Holy Week 2022.)

A Brief History of the Mother of Good Counsel

Pope Leo XIII founded the modern Vatican Observatory, and during his papacy (1878-1903) interest in Our Lady of Good Counsel was on the rise. In 1884 the book The Virgin Mother of Good Counsel: A History of the Ancient Sanctuary of Our Lady of Good Counsel in Genazzano, and of the Wonderful Apparition and Miraculous Translation of Her Sacred Image from Scutari in Albania to Genazzano in 1467 was published by the Offices of the Sacred Congregation of the Propaganda Fide. Genazzano, incidentally, is a small town about ten miles to the east of Castel Gandolfo, site of the Vatican Observatory’s headquarters.

Pope Leo also took other actions to promote Our Lady of Good Counsel. The June 1903 issue of The Pilgrim reported on “a decree dated April 22, 1903” from the Cardinal Prefect of the Congregation of Rites stating that the title, “Mother of Good Counsel,” be added in the Litany of Loreto, following the instructions of Leo XIII:

From the moment in which the most Blessed Virgin Mary, filled with the grace of the Holy Spirit and illuminated by the splendor of His light, received with entire homage and affection of mind and heart the eternal Counsel of God and the mystery of the Incarnate Word, having become the Mother of God, she deserved to be also called Mother of Good Counsel. Instructed furthermore, by the oracles of Divine Wisdom, those words of life which she had received from her Son and preserved in her heart, she poured forth abundantly on her brethren.

Nor was it only at the marriage feast of Cana in Galilee that those who ministered followed the counsels of this new Rebecca; it is but just to believe that the pious women and the other disciples of our Lord, including the Holy Apostles themselves, heard and obeyed her words of wisdom. Which prerogative of the Virgin Mother of God we find acknowledged and confirmed when Jesus, about to die, seeing His Mother and the Disciple, whom He loved, standing near the cross, said to His Mother: “Woman, behold thy Son.” Then He said to the Disciple: “Behold thy Mother.” And from that hour the Disciple took her unto his own. But that John represented at that moment all the faithful of Christ, the Fathers of the Church have handed down to us as a sacred tradition. Moreover, from time immemorial, and with the full approval of the Holy See, the clergy and the Christian people united in imploring her aid, have saluted the Most Blessed Virgin with the glorious title, Mother of Good Counsel.

Finally, His Holiness, Pope Leo XIII, through his singular piety and that of the faithful towards the Mother of Good Counsel and her sacred picture which is venerated, particularly in the sanctuary of Genazzano, after a new office and Mass had been approved by the Congregation of Rites, in A.D. 1884, and a new indulgenced Scapular had been allowed in 1893, elevated the Sanctuary itself, increased by his beneficence to the dignity of a minor basilica with all due rights and privileges. And to increase the honor and veneration of this title of the Blessed Virgin Mother, His Holiness decreed that it be inserted in the Litany of Loretto after the words, “Admirable Mother,” being firmly convinced that, amidst calamities so frequent and darkness impenetrable, the Pious Mother, who is styled by the holy Father the treasurer of heavenly graces and counsellor of all, “will, if invoked by the Catholic world under this title, prove herself to be to all a Mother of Good Counsel, and obtain that light of the Holy Ghost, the gift of Good Counsel, which enlighteneth all minds and hearts of men.

The nineteenth century saw the turmoil of the political unification of the Italian peninsula and the end of the last of the papal states. The preface of The Virgin Mother of Good Counsel suggests that the Pope may have sought to emphasize the devotion of Italians to the Blessed Mother in a very Italy-specific manner, since this title was connected with Genazzano, Italy.

the Church had been universally plundered… the Supreme Pontiff was dethroned and imprisoned… the religious orders were suppressed… the public observance of the Lord’s Day and of many Christian practices had been legally abolished… [and] the most formidable atheism the world has ever seen was, with supreme political power in its hands, astutely planning the eradication of Christianity from the social, political, and even individual life of the people.

This same turmoil no doubt contributed to Pope Leo’s decision to re-found Vatican Observatory; having a national observatory re-asserted the sovereign, independent nationhood of the Vatican. To this end, the Observatory’s first project was to join the International Carte du Ciel program as a national observatory alongside those from Italy, France, and other countries. The Carte du Ciel program was an international effort to create a photographic map of the entire sky. Incidentally, the Observatory’s Carte du Ciel telescope still exists, restored to good working order at Castel Gandolfo.

The portrait of Our Lady of Good Counsel seen at the top of this post hangs in the Vatican Observatory offices at Castel Gandolfo—above a telescope, fittingly enough!

Also fittingly, this telescope is the Merz refractor with “an equatorial mounting, an aperture of 10 cm and a focal length of 1.5 m” that “was located in the small dome on the half-tower near to the grotto of Lourdes in the Vatican” when the Observatory’s telescopes were located on the walls of the Vatican. The telescope is also described in a 1908 book about the Vatican Observatory. This telescope below the portrait seems to have always been near things associated with Mary. A Marian telescope for Our Lady of Good Counsel?