About the same time you see Kepler and Gassendi on the terminator you will find this keyhole shaped crater in the south. Hainzel (70km dia.) is the southern lobe of this figure-8 shaped feature that consists of 3 craters. The northern beautifully terraced lobe is Hainzel A and in the shadow side (east) of Hainzel itself is Hainzel C who’s west wall can be seen on the floor of Hainzel. This is a very identifiable feature making it a landmark for exploring this region. To the right of Hainzel is a small crater Epimenides (27km). South of this crater is a similar sized crater, Epimenides B (26km) with a curious bulge on it’s floor. North of these is a small mare, Lacus Timoris that winds its way east from Hainzel. Note the nice rima that proceeds north from Hainzel A into Palus Epidemiarum near the crater Capuanus (61km) at the top of the image. You can see one of its 3 domes on the floor of that crater.

Below Hainzel is the large crater Mee. It is perhaps the oldest formation in this image going back to Pre-Nectarian times 4.55-3.92 billion years ago! 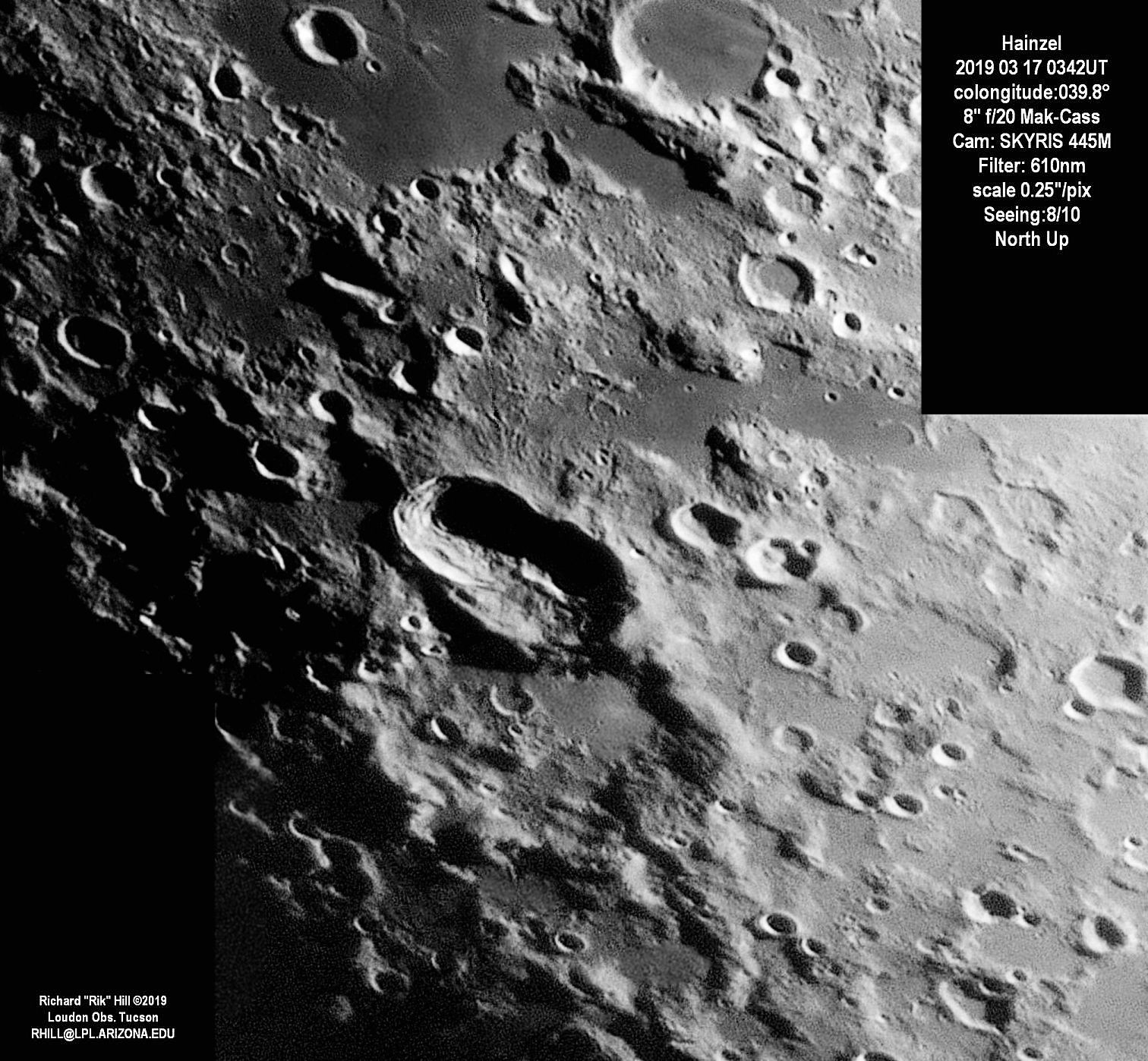