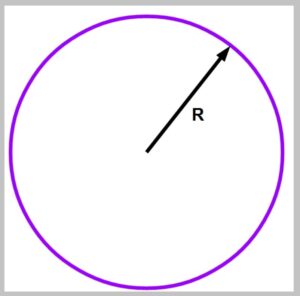 It is good to have a day on which a mathematical idea like Pi is celebrated.  Astronomy involves a lot of mathematical ideas.  Unfortunately, mathematics tends to be dismissed as something no one would actually care to think about and understand.  Consider the story NPR ran a while back about math teacher Jake Scott of Montgomery Blair High School in Silver Spring, Maryland.  Mr. Scott sometimes teaches under the persona of the rapper “2 Pi.”  About this NPR’s David Greene stated, “His alias, ‘2 Pi,’ comes from a math formula, one that I’m not even going to try to explain.”*  That beyond-explanation formula is one that defines Pi; it is the formula relating the Circumference C of a circle to its Radius R:  C=2πR.  This basic mathematical idea was characterized as beyond explanation even though NPR has an audience that gets described as being talented and curious, well-educated and intellectual.  Even to such an audience mathematics is dismissed as something no one would care to think about and understand.

So celebrate Pi Day, and be looking for some Catholic Astronomer posts that focus on explaining how we know what we know in astronomy, and how we can learn so much through reasoning with mathematical ideas.  This stuff is not beyond explanation.  Most of it isn’t even much beyond Pi.

*“2 Pi: Rhymes And Radii” by David Greene, at the 1:30 mark.  A transcript of the story is also available through station WRFK-FM.