Sunrise on the Aristarchus Plateau is always a thrilling sight whether in your first 60mm telescope or a 400mm cannon! The eye-popping crater Aristarchus (41km diameter) in the center of this image, is the brightest crater on the moon and at 175 million years old, a Jurassic Crater, it’s one of the younger ones. Some dinosaur had a front seat to a spectacular impact show! Notice the nice terracing on the interior wall of this crater. Most of the Plateau is in shadow here. Aristarchus itself is in the southeast corner. You can see the east side of the Plateau going north from Aristarchus. Above and to the right of Aristarchus is the arc of the partially flooded Prinz (49km) and the beautiful Rimae Prinz just above. Immediately above the north rim of Prinz is the odd crater Vera. It is the south end of one of the rimae that you can see running north a little further to the left or west of Prinz. In among the Prinz Rimae is the small crater Ivan (5km), a challenge for a 3″ telescope. Then further north and running off the image are the Montes Harbinger, just the tips of what must have been a magnificent mountain chain before they buried by the Imbrium basalts.

Directly above Aristarchus as you head up the east side of the Plateau, is Vaisala (9km) and some more very interesting (unnamed) rimae. Below and left of Aristarchus is the shadow filled Herodotus (36km) and the very interesting sharp ridge that runs along its eastern wall up to the big crater. There is an isolated bright spot deep in the shadow to the left. When I saw this I went to other images of this region taken this night. It was persistent but there was nothing there in my Virtual Moon Atlas so I checked on LROC QuickMap. Within a couple minutes I had determined that this is the tip of Mons Herodotus some 120km north of its namesake crater. Amazing how bright it is! 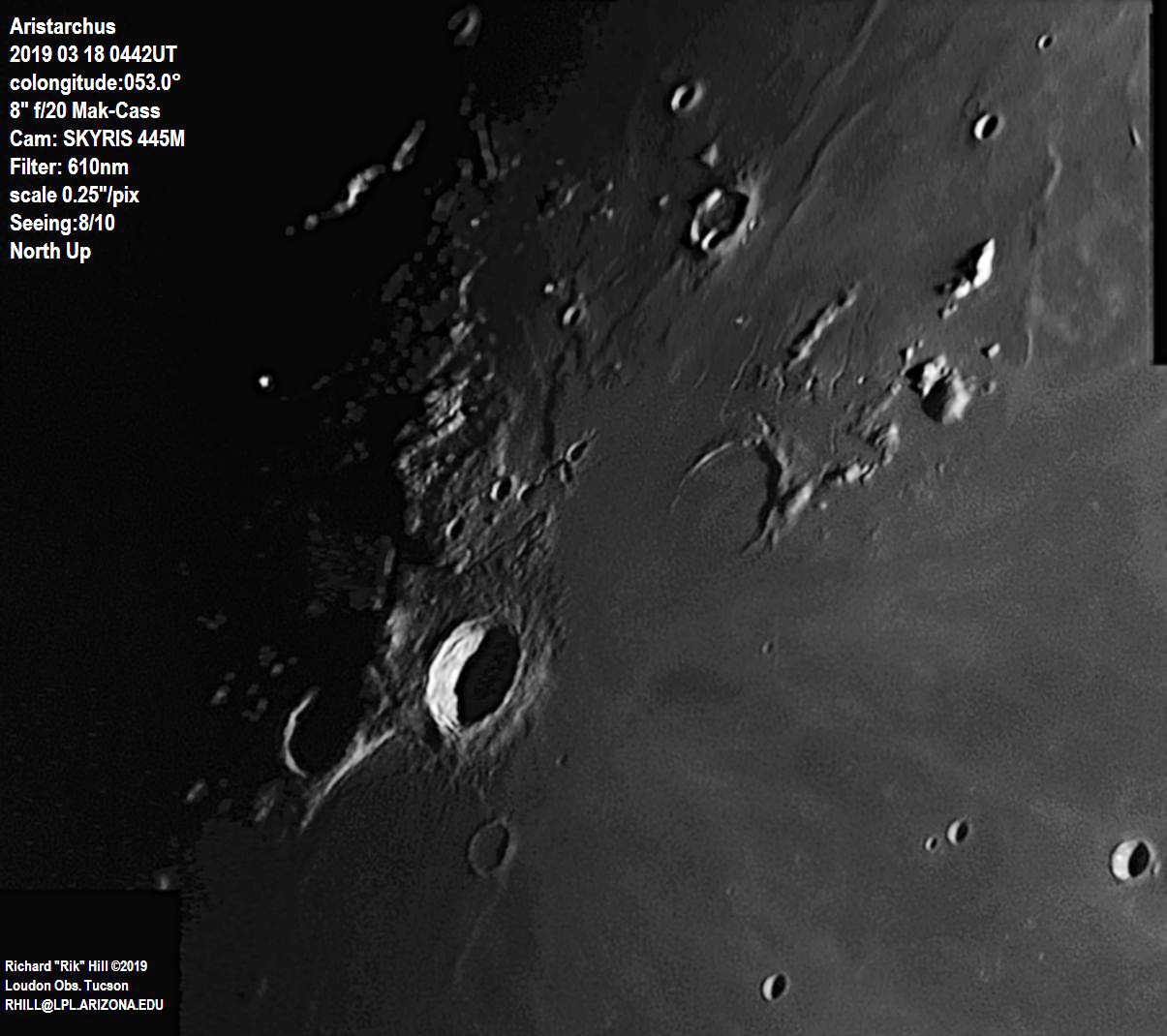