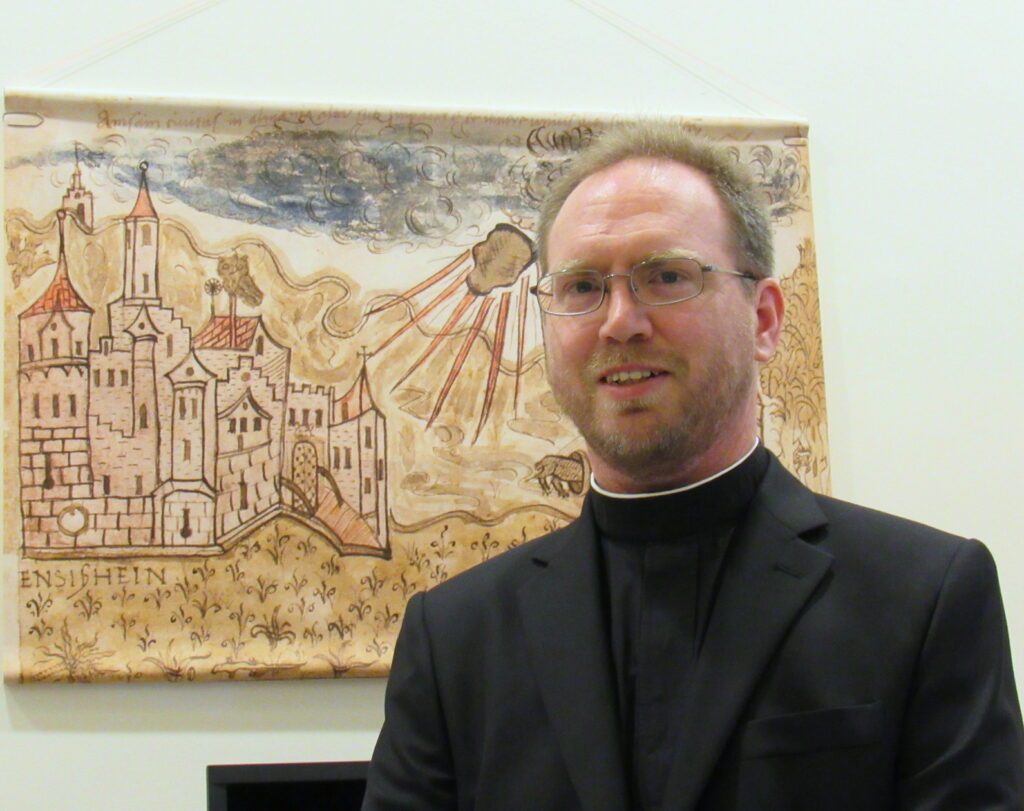 Br. Bob Macke joined the Vatican Observatory in July 2013, where he studies meteorite physical properties in the observatory’s meteorite laboratory. In August 2014, Br. Bob became the curator of the Vatican collection of 1200 meteorite specimens.

Br. Bob is a member of the U.S. Central and Southern Province of the Society of Jesus. He was born in Fort Worth, Texas in 1974. After studying physics at the Massachusetts Institute of Technology (MIT) and Washington University in St. Louis, he taught astronomy for a few years at Bowling Green State University (Bowling Green, Ohio) before entering the Society of Jesus in 2001.

As a Jesuit, he studied philosophy at St. Louis University. He then taught physics, astronomy, and mathematics at Rockhurst University (Kansas City, Missouri) for one year, and then began a doctoral program studying meteorite physical properties at University of Central Florida. His dissertation, Survey of Meteorite Physical Properties: Density, Porosity and Magnetic Susceptibility, detailed measurements on more than 1200 individual meteorite specimens from major collections throughout the United States and Europe. Between 2011 and 2013 he studied theology at Boston College School of Theology and Ministry, during which time he also constructed a new ideal-gas pycnometer for measuring meteorite densities.

Br. Bob studies the physical properties of meteorites, including density, porosity, magnetic susceptibility, and more recently, thermal properties. His research has been conducted on most of the major meteorite collections in the United States and Europe. In addition, Br. Bob is involved in a study concerned with interpreting gravimetric data from the surface of the Moon and Mars. This requires measuring the density and porosity of lunar and Martian materials including not only meteorites but also lunar samples brought back to earth by the Apollo space missions of the 1960’s and 1970’s. To date, he has measured about 60 individual Apollo moon rocks from all 6 successful missions and all representative lithologies.

Br. Bob will write a series on Religious Scientists of the Catholic Church, and post an occasional tidbit relevant to the activities or history of the Vatican Observatory. We welcome Br. Bob to our team of bloggers, and look forward to his posts!