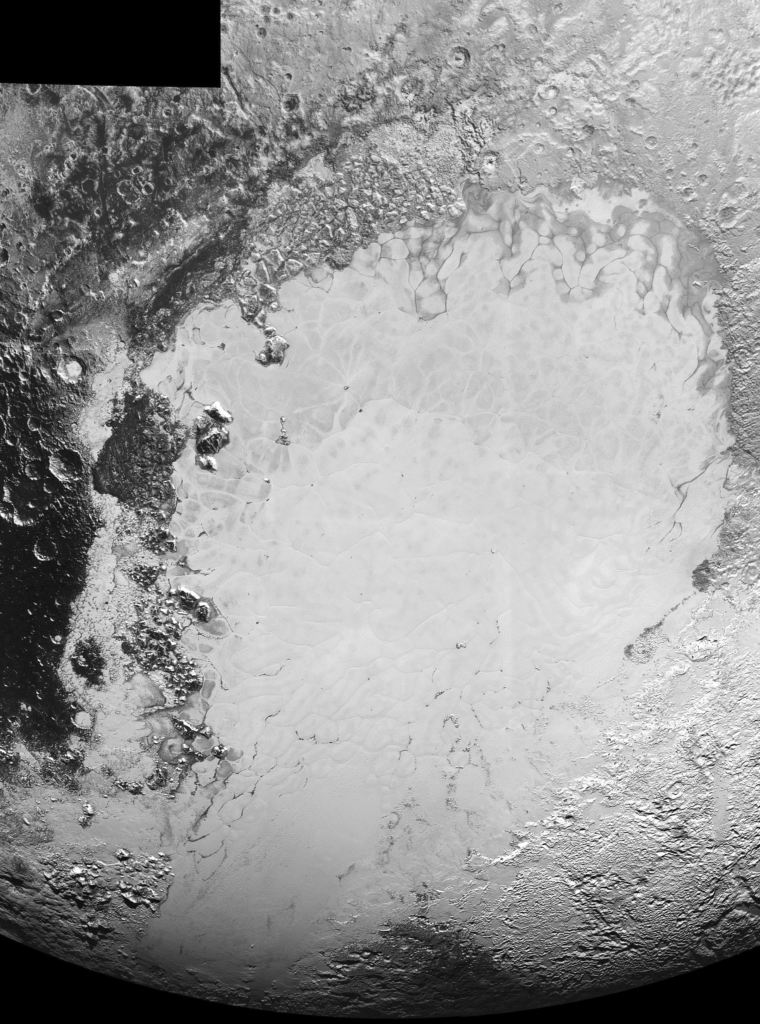 One of the most startling features seen on Pluto is a vast, nearly crater-free plain of oddly patterned nitrogen and methane ices. An eroded plateau to the northeast, and high peaks to the southwest with a different morphology suggest a massive irregularly shaped impact basin, similar to that of the Caloris Basin on Mercury. 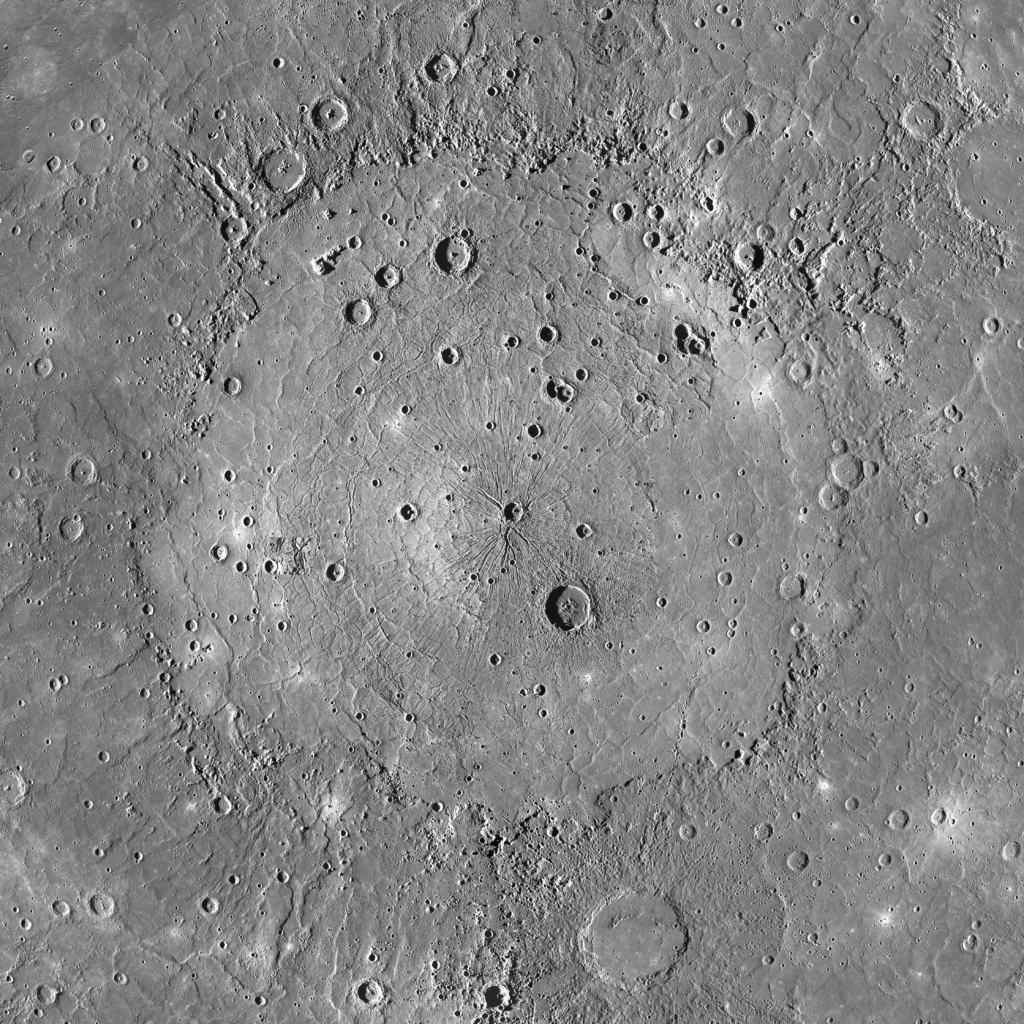 After the impact on Pluto, the basin filled up with ices, eliminating any visual traces of former impact craters in the region. The lack of cratering, and evidence of glaciation show that Sputnik Planum is relatively young, and geologically active. 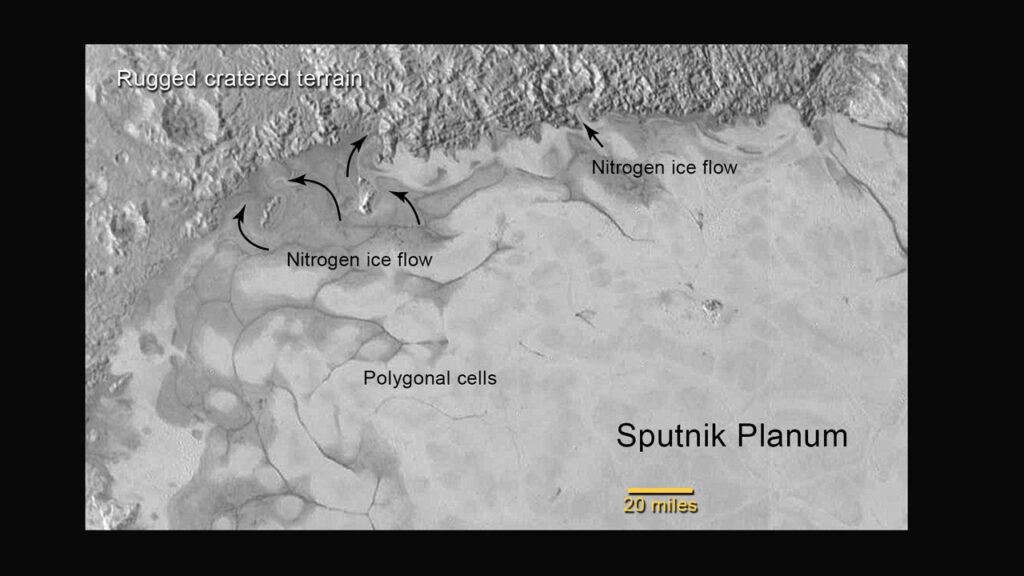