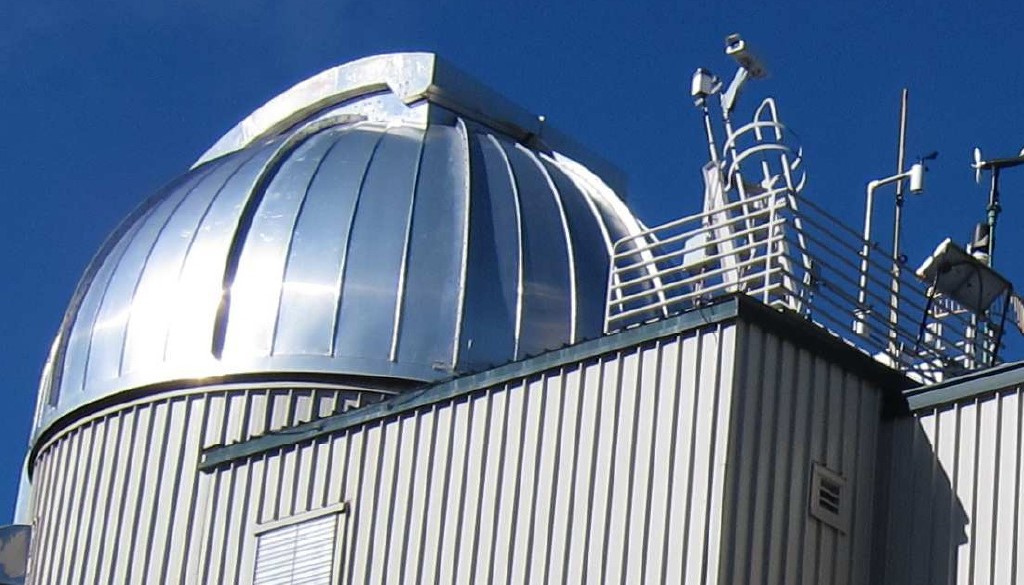 Earlier this year, the Vatican Observatory got some significant press for our discovery of a new “Trans-Neptunian Object”—TNO “2021 XD7”.  But ten years ago the same team discovered another TNO.  That TNO has the name of Praamžius.

Studying asteroids for the purpose of making better predictions of their orbits is one of the research projects of the VO.  The observing program uses the 1.8-meter Alice P. Lennon Vatican Advanced Technology Telescope (VATT) on Mt. Graham in Arizona.  The program targets different groups of asteroids and TNOs.  The first astrometric observations of asteroids and comets with the VATT and a CCD camera began in 2000.  Since then many new objects have been discovered with the VATT.

Praamžius, which was originally designated “2012 BX85”, was discovered in January 2012 by astronomers Kazimieras Černis and Fr. Richard Boyle, S.J.  It orbits the sun at a distance of 42.1 to 43.0 AU (1 AU being the distance between the Earth and the sun).  It circles the sun once every 277 years and 11 months.

“Circles” is the correct word here.  The orbit of Praamžius is nearly circular: its orbital eccentricity is only 0.01 (a perfect circle is 0.0).  That is comparable to the orbit of Venus.  By contrast, Mercury has an eccentricity of 0.21.  The eccentricity of Earth’s moon, which is responsible for those “super moons” that you hear about on a regular basis, is roughly 0.06.

Once Praamžius, or 2012 BX85, was discovered and its orbit determined (by Ireneusz Wlodarczyk), it was possible to go back through older images taken with the VATT, and through the Sloan Digital Sky Survey, and find Praamžius in that older data, where it had been recorded but not noticed.  After the discovery it was tracked, mostly by the VATT but also by Las Campanas Observatory.  So there are observations of the object spanning more than 16 years.  With sufficient data on its orbit in hand, the object formerly known as 2012 BX85 was named “Praamžius” after the Lithuanian god of the sky, peace, and friendship. The naming was made official by the International Astronomical Union’s Minor Planet Center on 22 February 2016.

Not much is yet known about this object.  Based on its brightness, it is probably at minimum 100 miles / 160 km in diameter.  This would mean that it is not large enough to have sufficient gravity to pull it into a nice spherical shape.  It would not make the cut as a “dwarf planet”.

Can you see Praamžius with your telescope?  Well, it is fainter than magnitude 20, so probably not!