One of the questions I occasionally wonder about is whether or not an ordained, Catholic Priest will ever visit the International Space Station?  The reason I ask this question isn’t because I harbor some secret desire to be the first Priest in space (I know I would fail both the physical and the written tests).  Rather, I ask this question because of insightful reflections I have encountered over the years that explore both humanity’s exploration of space and the question of the impact that space exploration has upon humanity itself.

An interesting reflection on this question is found in the 1997 movie entitled Contact.  For those who did not see the movie, it is a cinema adaptation of Carl Sagan’s fictional novel of the same name.  The story revolves around a series of blueprints discovered by the radio telescope array used by The Search for Extraterrestrial Intelligence Institute or SETI.  The blueprints provide a basic language of symbols to interpret the document and reveal designs for a craft that the discoverers hope will take humanity to the source of the signal.

After a great deal of political wrangling, some disappointing attempts at infusing a theological dimension into the movie, and a terrorist bombing that kills the first scientist chosen for this mission, the craft is finally used for the first time.  Dr. Ellie Arroway (played by Jodie Foster) is the scientist chosen to go in the craft.  Her selection was not an easy process and actually emphasized one of the better social questions of the movie: What does it really mean to send “humanity” into space?  The presumption of the movie was that it would be best to send a scientist on the first trip.  However, when Dr. Arroway arrives at one of her destinations, she comes to a different conclusion: It should have been a poet.

I was reminded of this insight while reading an article penned by Dennis Sadowski of the Catholic News Service entitled, “For Catholic astronauts, flying to space doesn’t mean giving up the faith.”  In the piece, Sadowski shares insights from astronauts who are Catholics on how they practiced their faith in space.  Whether it was Mike Hopkins flying with a pyx of 6 Consecrated Hosts so he could receive the Eucharist during his 24 week mission or Kevin Chilton celebrating a Communion Service on the shuttle flight deck, the story remained me that taking humanity to space means we take all of who we are on this journey: Our culture, our wisdom, our strengths, our failures, our faith, our doubt, and our sense of adventurous wonderment.  Though this answer goes way beyond simply taking a poet or a priest on a space mission to help explain the mysteries of our Universe, it does beg the question of whether or not we truly are bringing “all of humanity” into the exploration of space?  In that spirit, why not a Catholic Priest? 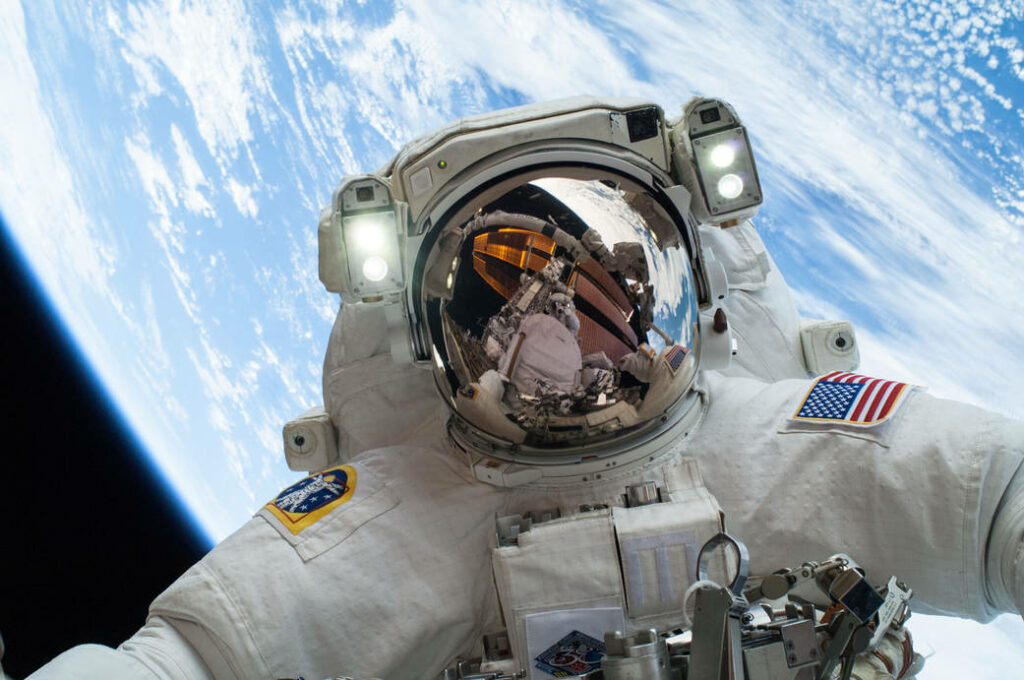 Of course, the cynic will protest and argue, “Why a Catholic Priest and not an Imam or Rabbi?”  I have no problem with this protest because I would agree that it would be wonderful if all faith expressions had the opportunity to send a “representative” to explore space first hand.  Again, Sadowski’s peice shares stories of not only Catholics, but astronauts from many religions who found creative ways to practice their faith while in space.  I found it fascinating to read how Muslim astronauts found a way to continue their prayers facing Mecca.  Though I would greatly enjoy seeing an expansion of the personnel sent to space to include clergy of many faiths, I can also appreciate that the extreme expense to get someone into space naturally limits this exploration to professional astronauts and scientists that can maximize the research done on the space station.  I might be a dreamer, but I am also enough of a realist to know that dollars and cents loom big when decisions are made about space.  At the same time, I still wonder if one of my brother priests will ever have the chance to recreate the iconic video of the reading of the creation story from Genesis on Christmas Eve.

I have placed this reflection in the series “Priests, Deacons, and Religious of Science.”  Obviously, we haven’t had a member of the Catholic clergy or consecrated life in space (unless there was a Deacon, Brother, or Sister in space I am unaware of).  However, as I continue this series of reflections, I felt it necessary to not only look back at the historic contributions to science made by clergy and consecrated from the Catholic tradition, but also look forward, wondering what new firsts there will be among those of “the cloth” as humanity continues its desire to explore space.  Will space exploration someday include clerics of all faiths?  For now, unless they just happen to be among the top astronauts or scientists of the world, the answer is no.  Yet, as humanity explores space, let’s never be afraid to insist that every part of humanity be brought to space, developing a deeper appreciation of what this exploration means and how we can appreciate God’s creation anew from a new vantage point through new eyes.

To conclude, here is a video of Pope Emeritus Benedict XVI and his discussion with astronauts on the International Space Station in 2011.  Enjoy!