One of the basic questions of science has a rather surprising answer: Who was the first scientist to put forward the Big Bang Theory?  Most would presume that it was either Albert Einstein or Edwin Hubble.  Instead, the correct answer is a Diocesan Priest from Belgium by the name of Monsignor Georges Lemaitre.  The “popular” narrative of the day is that faith and science are irreconcilable foes that are locked in a constant battle with one another.  Ignored are examples like Monsignor Lemaitre who, in his very person, represents a living example of why the popular narrative is in error.  Check out this ESA video for the basics of this priest/scientist. 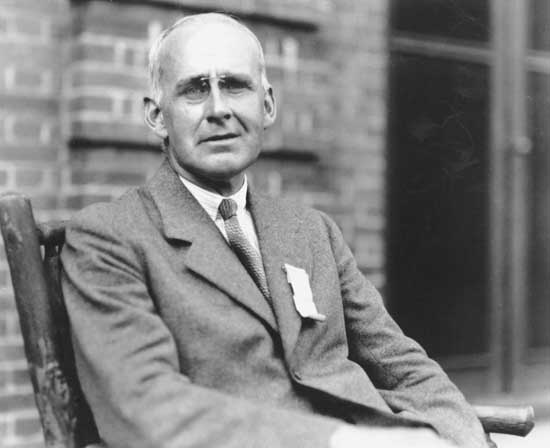 Lemaitre began his academic career at Louvain’s College of Engineering in 1913.  Due to World War I, Lemaitre was forced to leave his studies to serve in the Belgium artillery.  After his military service was done, he entered the seminary, studying to be a Priest for the Archdiocese of Malines.  In his spare time as a seminarian, Lemaitre would pursue his interests in math and science.  After his ordination in 1923, Lemaitre was sent to study math and science at Cambridge where Arthur Eddington was the director of the campus observatory.  Lemaitre’s studies focused upon Einstein’s Theory of Relativity.  As was referenced in the ESA video, Lemaitre argued that the Theory of Relativity supported the idea that the universe was expanding.  Einstein, on the other hand, argued for a static universe, balanced by something called the “Cosmological Constant.” Lemaitre disagreed, arguing against the static universe.  The importance of this insight is that if the universe is expanding, then, in the past, it must have been much smaller.  In fact, the universe would have been extremely small and extremely dense. 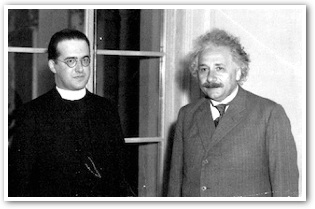 At first, as referenced in the video, the theory was laughed off and joking called Lemaitre’s “Big Bang Theory.”  In fact, Einstein’s initial assessment of Laemaitre’s theory was that the math was quite good, but Laematire’s grasp of physical was abominable.  Over time, the negative opinion of Lemaitre’s theory changed as Edwin Hubble began to observe the shift in the light spectrum of celestial objects, confirming that the universe is in a state of expansion.  Due to these and other insights, Einstein reversed his opinion on Lemaitre’s theory, calling it “the most beautiful and satisfactory explanation of creation to which I (Einstein) have ever listened.”  In light of this, Lemaitre’s theory was vindicated and is foundational to our understanding of the Big Bang Theory to this day. (For a more detailed history of Lematitre and the Big Bang Theory, check out this article, “A Day Without Yesterday.”  It is from this article that I have summarized the main details of Lemaitre’s scientific career.)

Lemaitre’s brilliance was not only affirmed by the scientific community, but was also celebrated by Pope Pius XII.  In an age in which the cultural presumption is that Popes are looking to condemn scientists and reject their theories, the relationship between Lemaitre and Pius XII was quite different, showing this narrative of divisiveness to be in error.  In fact, it wasn’t the Pope who questioned Lemaitre’s theory of the expansion of the universe, but it was Lematire that warned the Pope not to use the theory as a “proof” of Biblical creation.  Lemaitre, as a good scientist, knew that, with time, his theory would be improved upon, shown to have errors, and/or be disproven all together.  Nevertheless, Pope Pius XII still embraced the work of Lemaitre and reflected the science of the day in his Address to the Pontifical Academy of Sciences on November 22, 1951.  In regard to the expansion of the universe, Pius XII said the following:

The examination of various spiral nebulae, especially as carried out by Edwin W. Hubble at the Mount Wilson Observatory, has led to the significant conclusion, presented with all due reservations, that these distant systems of galaxies tend to move away from one another with such velocity that, in the space of 1,300 million years, the distance between such spiral nebulae is doubled. If we look back into the past at the time required for this process of the “expanding universe,” it follows that, from one to ten billion years ago, the matter of the spiral nebulae was compressed into a relatively restricted space, at the time the cosmic processes had their beginning. (Address to the Pontifical Academy of Sciences on November 22, 1951, paragraph 36.)

Even in this statement, we can see Lemaitre’s warning proven to be correct as science now thinks the initial “Big Bang” occurred some 13.7 billion years ago instead of the one to ten billion years cited by Pope Pius XII.  Thank goodness that Papal Infallibility only applies to faith and morals and not the natural science.  Nevertheless, the mere fact the Pius XII was willing, as Pope, to affirm the best science of his time does set a clear precedence for today that Catholics and all people of good will can trust scientific investigation, presuming, of course, it is done in a truly scientific manner.

The importance, as I mentioned earlier, of people like Lemaitre is to remind both the scientific world and the Christian world that the Church supports true science.  This does not mean that we must accept every scientific finding with the doctrinal weight of Church teaching.  However, it does mean that Christians should avoid the petty wars that break out between faith and science, affirming that both are partners of dialogue in the exploration of truth, not treating each other like ideological punching bags.  In the weeks to come, we will explore more priests, deacons, and religious who have made major contributions to the advancement of science.  Through these reflections, may we come to learn how the Church supports science, detaching ourselves from the common narrative that drives a wedge between sincere people of faith and sincere people of science.