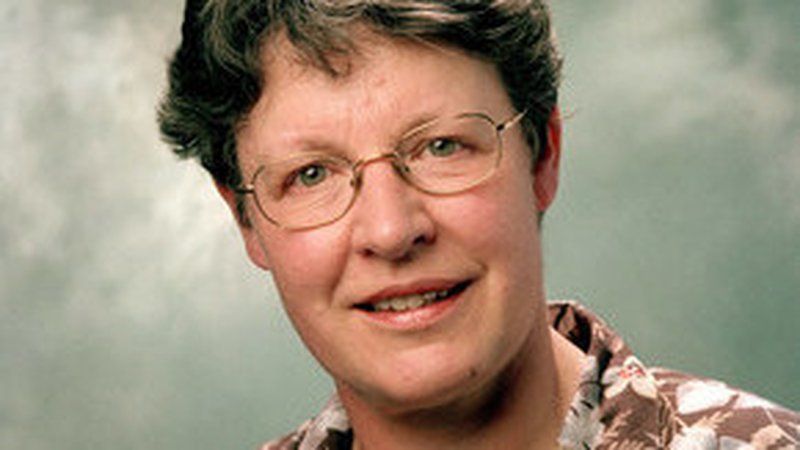 Two years ago this week  Professor Jocylen Bell Brunell  from Northern Ireland was awarded a significent prize. This was for her scientific achievments and inspiring leadership. The annnouncment reminded me of her generous nature. One lecture she gave back in 2005 stands out.  My article is an account of her lecture at Trinity College in Dublin.

Here is an article about Professors Brunell’s award

A leading Belfast-born scientist has won a $3m international prize for her ground-breaking work and contribution to the field of physics.

Professor Brunell came to Trinity College Dublin not to speak about her own work in the discovery of pulsars. The professor came to deliver a lecture about Arthur Stanley Eddington (1882-1944). Eddington was an english-born astronomer who was instrumental in expounding the theory’s of Albert Einstein. Professor Brunell has an interest in the public understanding of science and has a penchant to present physics topics to the general public.

Stanley Eddington was born in Kendal in 1882. As a child he had a fascination with numbers.  Professor Burnell told the anecdote of the child Eddington attempting to count all the stars in the sky. He excelled academically achieving  a maths degree in the short space of two years. After graduating he won the Smiths prize. He was appointed to the Royal Observatory Greenwich where he improved and developed practical observational techniques.

Professor Brunell relayed that Eddington was a popular member of “The Dinner Club” Apparently as he did not drink. if you sat beside him at dinner you were likely to get his share of wine to add to your enjoyment. He was made secretary of The Royal Observatory Greenwich in 1912 , at the age of 31 he became Plumian Professor of Cambridge. Eddington  was a Quaker by faith, his  primary belief that there is god and good within everybody was significant in his life.

He did not get caught up in the mass hysteria of anti-German feeling that permeated in Europe prior to WWI. Eddington was a pacifist, he avoided the war as a conscientious objector. He did get called to account for his stance but still managed to get out of fighting by being proved far too valuable a scientist.

Eddington was one of the few people to read and understand Albert Einstein’s Theory of Relativity. At that time German scientists were being expelled from The Royal Society.  Albert Einstein gave up his nationality in 1901, he became a Swiss citizen. However this failed to protect him from the anti German climate of the time. Eddington with his fundamental belief in the good in everyone set out to prove Einstein’s ideas in a practical way.

He used the solar eclipse of May 29th 1919 to show one of the principles of relativity. A known group of stars, the Hyades star cluster is observed at night as usual. Then in the unusual circumstances of a total solar eclipse the sun is observed against the same star cluster. Some of the stars in this cluster appeared out of position as their light had bent around the mass of the sun.

Sir Arthur Eddington stationed himself on an island off the western coast of Africa and sent another group of British scientists to Brazil. Their measurements of several of the stars in the cluster showed that the light from these stars was indeed bent as it grazed the Sun.

Eddington’s team exposed 16 photographic plates in 5 minutes. The idea was  to capture the eclipse and the possible shift or apparent shift in the position of the stars. This research eventually confirmed Albert Einstein’s theory that as light passes a very massive star its path is bent due to gravity.

Eddington exposed photographic plates to record the eclipse. This revealed that the stars of the cluster were not masked by the Suns mass. The light from them was bent or curved by the Suns mass, appearing on the developed plates. That fact established by Eddington therefore proved the prediction of Einstein correct.  The light never changes course, but merely follows the curvature of space. Astronomers now refer to this displacement of light as gravitational lensing.

“Oh leave the Wise our measures to collate
One thing at least is certain, light has weight
One thing is certain and the rest debate
Light rays, when near the Sun, do not go straight. “ A.S.Eddington

According to Professor Brunell, Eddington was a wonderful communicator of science theory.  He was at the forefront of popularising Einstein’s work. Arthur Stanley Eddington made Albert Einstein’s work popular by his understanding and his desire to qualify Einstein’s theory for general consumption.

Professor Jocelyn Bell Brunell in her lecture on September 8th 2005 continued that wonderful achievement of clear communication for both  Albert Einstein and Arthur Eddington.