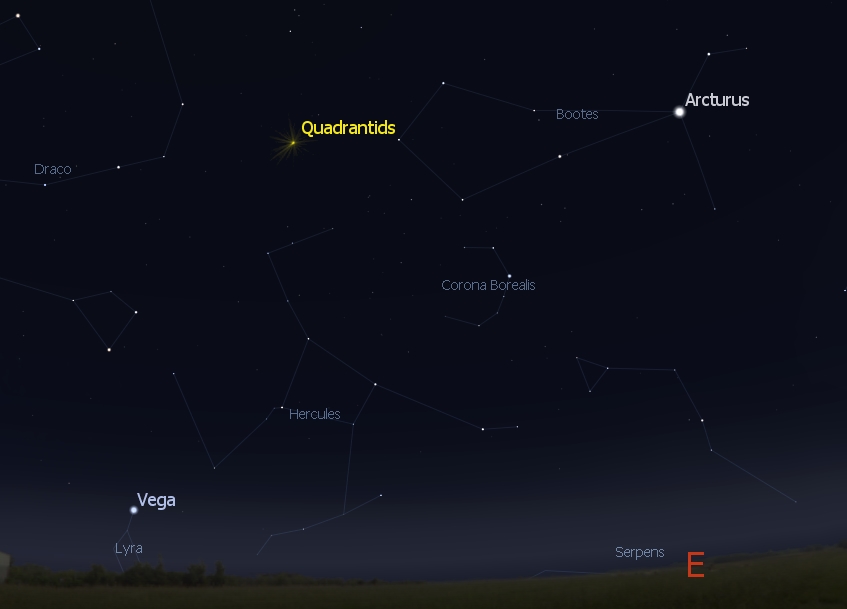 The Quadrantids meteor shower could potentially be the strongest meteor shower of the year. The shower’s radiant is between the bright stars Vega and Arcturus in the eastern predawn sky. The best time to view the shower is from about 3:00 AM until dawn on January 4th.

The shower has a very short length of maximum activity – just 6 hours, and the Moon, only 2 days past full, will unfortunately obscure a large number of meteors. 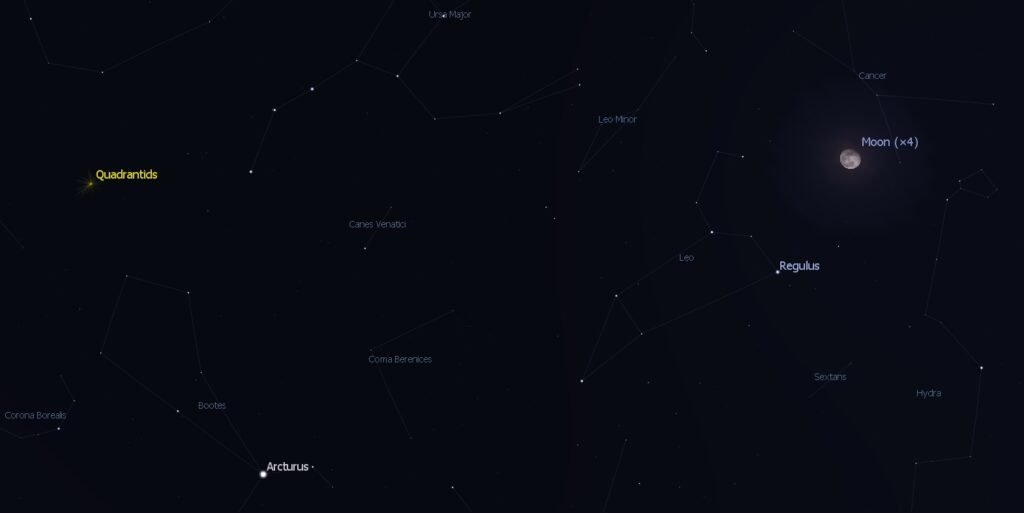 Observers can expect to see about 25 meteors per hour in dark sky conditions. This shower has been known to produce fireballs, so keep your eyes pealed!

The shower’s parent body, asteroid 196256 (2003 EH1), is classified as an Amor asteroid, and also a Near-Earth Object (NEO). Observers in the southern hemisphere will not be able to see this shower very well due to the parent body’s highly inclined orbit and northerly declination. 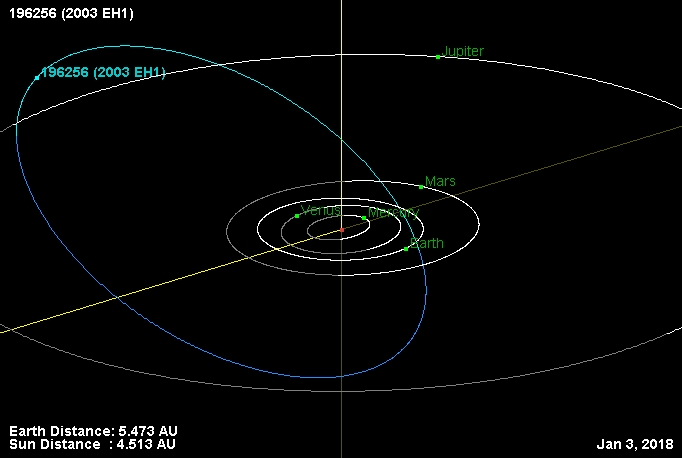