So, is there a “literal reading” of Genesis?

(Picking up where I left off in my last post…) Understanding how the Church reads the book of nature and the Book of Scripture is key when applying these “books” to our modern situation. For example, much has been said in recent years about trying to interpret the Book of Genesis in light of modern science, arguing that the book of nature and Genesis are incompatible. Foundational to the new atheist argument against God is that the only appropriate interpretation of Genesis is a literalist approach in which creation happened in six, twenty-four hour days. When we look at the earliest Christian interpretations of Genesis, however, the only thing we can clearly affirm is that there wasn’t a unified understanding of how to apply time to the six days of creation (the seventh day is treated differently since it was the day God rested with no time reference at all in the text – it’s an eternal day).

Some early Christians decided to combine the six days of creation with the Scripture passage which states that a day is like 1,000 years. This expanded the time of creation from seven days to 7,000 years (such as Cyprian [200-258AD]  in his work Treatises). Others, realizing that a 24 day was unique to the Earth, questioning whether or not time even applied before the creation of our common home and concluded that Genesis was not to be taken literally (Such as Origen [185-254AD] in his text The Fundamental Doctrines).  There are more examples that could be given, but these references demonstrate that the view of creation occurring in six, twenty-four hour days was not the consistent belief of the early Church and actually reflects a very narrow, modern literalism. 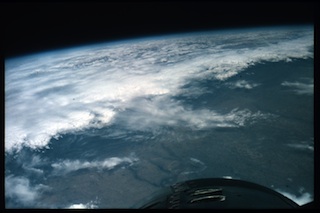 Yes, there are many ideas about creation held by the Church Fathers that can be dismissed in our modern times as a bit foolish.  Yet, given science’s ever-changing nature, it wouldn’t surprise me if what we believe today about the natural world will be dismissed as foolish in the not so distant future.  The important point of emphasis is that, since there are four primary ways to authentically read Sacred Scripture, there were, predictably, many understandings in the early Church on what Genesis actually meant to communicate in regard to the six days of creation, none of which are based on or meant to be commentaries on modern science (it didn’t exist at the time). One of the more powerful statements on this point is found in St. Augustine’s work, On the Literal Interpretation of Genesis.

Usually, even a non-Christian knows something about the earth, the heavens, and the other elements of this world, about the motion and orbit of the stars and even their size and relative positions, about the predictable eclipses of the sun and moon, the cycles of the years and the seasons, about the kinds of animals, shrubs, stones, and so forth, and this knowledge he holds to as being certain from reason and experience.

Now, it is a disgraceful and dangerous thing for a (non-believer) to hear a Christian, presumably giving the meaning of Holy Scripture, talking nonsense on these topics; and we should take all means to prevent such an embarrassing situation, in which people show up vast ignorance in a Christian and laugh it to scorn. The shame is not so much that an ignorant individual is derided, but that people outside the household of faith think our sacred writers held such opinions, and, to the great loss of those for whose salvation we toil, the writers of our Scripture are criticized and rejected as unlearned men. (St. Augustine, On the Literal Meaning of Genesis. Book 1, Chapter 19, Paragraph 39)

From this standpoint, one can ask a legitimate question: How much of the modern fight between atheists and Christians over Genesis is due to the fact that many Christians “speak nonsense” about things they know nothing about and vice versa?

This insight of St. Augustine reminds us that an authentic reading of the Book of Scripture and the book of nature is not an exercise of isolating a few Scripture passages to demonstrate one’s own opinion about whether or not the Bible presents an accurate view of creation in modern scientific terms. Rather, the early Church embraced core principles about Genesis which speak to the nature of creation, the human person, and our relationship with God and creation. These principles are arrived at through understanding Scripture and creation on their own terms, using the best understanding of each that is accessible to us at the time. This approach reminds us that to authentically interpret Genesis is not only about text and grammar, but it is also about understanding the necessary guiding principles of Scripture and nature before a single word of either “book” is ever read.

A wonderful example of this type of approach to truth through well-grounded principles can be found in Blessed John Henry Newman’s work, “An Essay on the Development of Christian Doctrine.” To summarize a text that deserves its own reflection, Newman asserts that the authentic development of doctrine has a core of unchanging principles that develop over time to allow the eternal truths of our faith to speak clearly to each generation. In light of this, let us reflect on what the core principles of Genesis are that were embraced by all Christians in the early Church.

More to come it two weeks!

In two weeks (I’m taking a week off), I will continue with part three of Reading Creation, beginning to connect our understanding of these books to a Catholic view of ecology. Have a great and enjoy tonight’s coverage of the Juno flyby of Jupiter!