I probably should have realized back when I started writing for The Catholic Astronomer that I would have to eventually limit my blog-related e-mail.  “Eventually” has arrived.  I like the e-mails, but answering them is becoming a bit of a time sink. 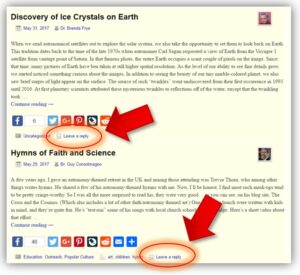 Fortunately, The Catholic Astronomer has a system for answering reader questions and acknowledging reader responses: the LEAVE A REPLY option on every post.  Leave your REPLY.  Ask your question in it.  We will try to answer.  Indeed, the Boss of this operation, Br. Guy Consolmagno, Director of the Vatican Observatory, has asked us bloggers to make a point of answering replies if we can.

Take a look at all the stuff on the web that has open commentary where anyone can leave a comment.  More often than not, it’s not a pretty picture.  Anyone in the world can say pretty much anything they want, and they do.  That is particularly bad for an astronomy blog, as no doubt if we had open comments we would be inundated with people promoting astrology, claiming NASA is hiding the existence of aliens on the moon, and, of course (as this is the Vatican Observatory blog) carrying on about how The Vatican is covering up whatever version of Earth-destroying astro-disaster is currently circulating on the web.  While most of the e-mails I have received from readers of The Catholic Astronomer have been good, there have been enough of the astrology/conspiracy sort to convince me that open commentary would be a very bad thing for this blog.  The fact that anyone who wants to leave a REPLY has to have enough interest in astronomy to pay out at least $10 per month toward supporting astronomical research makes this blog a better place to be on the internet. 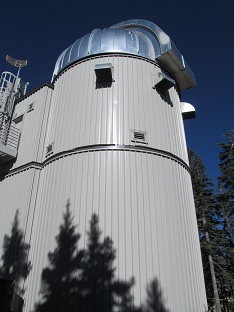 The dome of the Vatican Advanced Technology Telescope (VATT).

And supporting astronomical research is what the $10 per month does.  Specifically, it supports a big telescope in Arizona.  I quote:

Private support for astronomical research is not particularly unusual.  As the Department of Astronomy at UC Santa Cruz puts it, “Unlike many other sciences, progress in astronomy has traditionally relied on the generosity of informed public benefactors….”  As the montage below illustrates, a wide variety of organizations with focus on astronomical research ask for support from those public benefactors.

Note that one of those organizations in the montage is the University of Louisville, here in Kentucky.  Indeed, I often work with astronomers from UofL as part of a public astronomy lecture series.  The organizer of that series, UofL astronomer Gerald Williger, even puts out, at every lecture, a can for donations to support astronomy research, seeking funds for things like paying for student time to do research or for observing time on large telescopes.  Thus my UofL lecture series talks do a small part to financially support astronomy research at UofL.  Money for astronomical research is scarce enough that, yes, researchers will ask people attending astronomy talks for donations or, in the case of the VATT, they will set up a blog and ask for donations from the blog’s readers. 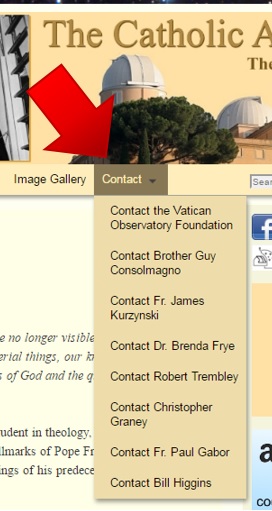 So, coughing up $10 a month means you can leave replies (and, if you don’t like leaving public replies, you also can leave responses for individual bloggers, if you are logged in—see image at right).  It means you don’t have the chaos and nonsense of open commenting.  It means you are helping to keep a big telescope running and doing research!  And it means you will get answers to your questions and commentary.  Like I said, I like the e-mails, but I can’t keep trying to address every e-mail that comes in.