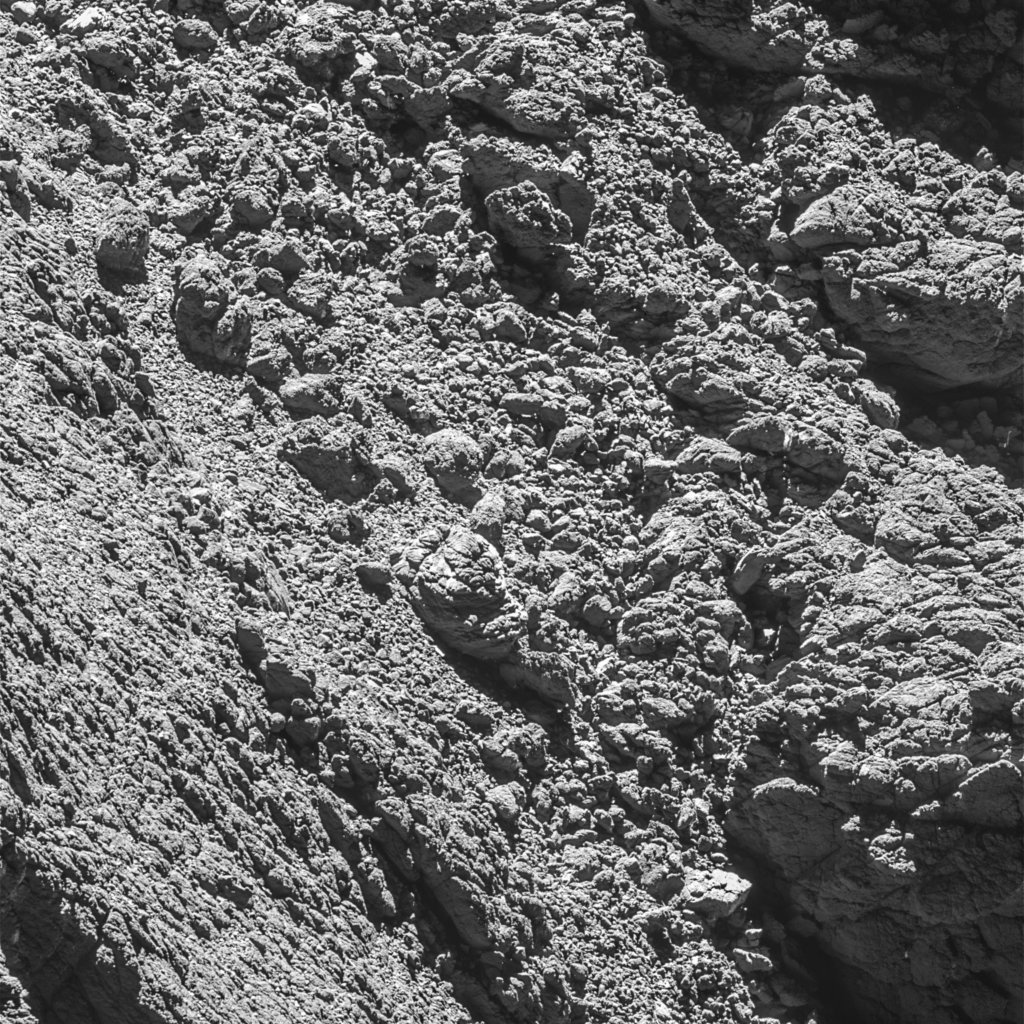 The Philae lander, lost among the crags, clefts, and shadows on the surface of comet 67P/Churyumov–Gerasimenko has been found!

The Rosetta spacecraft, flying a mere 2.7 km above the comet on September 2nd, located the lander with its OSIRIS narrow-angle camera as it imaged the comet’s surface at a resolution of 5 cm/pixel.

Where’s Philae? This OSIRIS narrow-angle camera image was taken on 2 September 2016 from a distance of 2.7 km in which Philae was definitively identified.  Philae is located at the far right of the image, just above center. Credit: ESA/Rosetta/MPS for OSIRIS Team MPS/UPD/LAM/IAA/SSO/INTA/UPM/DASP/IDA

The Rosetta Twitter feed was abuzz with the news:

I was so close to #67P, I could even make out @Philae2014‘s legs and instruments! https://t.co/xBcHlOuE5b pic.twitter.com/valSCdwtZ9

So happy to have seen @Philae2014 again before my mission ends later this month…more about my #CometLanding soon! pic.twitter.com/ErB0ROrgP6

This welcome discovery comes only a few weeks before the Rosetta mission ends with the spacecraft impacting on the surface of the comet on September 30th. Congratulations to the Rosetta team and ESA – what a spectacularly successful mission!