Some of you may have wondered why I haven’t written on the topic of care for creation for some time. The decision was intentional, not because I have lost interest in the topic or have had a change of heart. Rather, I’ve been taking a step back from the topic to see how I could approach it anew. I know people appreciate my pieces on the subject of care for creation, but I could also tell they weren’t gaining much traction in terms of a real change of heart. Something happened, however, that has rekindled the flame.

Last week, I was watching the evening news from a national outlet that will remain nameless. After an update on infection numbers and death, the show host said, “Coming up after the break, will Covid-19 be the new tactic for the radical, environmental left?” I was stunned at the mere insinuation that people who care about creation might be somehow rejoicing that we are living under fear. Before this well crafted tease was aired, I simply wondered why pieces I wrote for you on the environment were not gaining traction on our blog. Now I wondered if people saw me as a priest who is trying to embrace an important aspect of Catholic Social Doctrine or an eco-terrorist? Needless to say, to use an image from Scripture, I felt like the scales fell from my eyes in that moment.

In light of this bone chilling revelation, I’ve decided to jump back into the fray. A dear friend of mine once told me, “Father, the blessing of a crisis situation is that when we are put under pressure we discover what’s inside of us.” Covid-19 has put this axiom on full display, not only through the evening news tease on Covid-19 and environmental activism, but in me too. This past week, a letter was circulated to clergy from western Wisconsin wanting to make a statement against protestors who were making audacious claims about Covid-19 as some type of government conspiracy and insisting the entire state be opened immediately. Though I agreed with the spirit of the statement and detest the protests, I disagreed with the approach, fearing that anything good we could say would immediately get turned against us and simply contribute to the polemics that are ripping at our world. This would have been well and fine, but then something happened: I started to lash out against my colleagues and friends in frustration.

I took this moment to spiritual direction and began to see what pressure was revealing about my heart. In short, I’ve been hurting. I’ve lost a friend and feared losing my father. I had the bone chilling conversation with my mother, “If Dad goes to the hospital, should I even come home – I wouldn’t be allowed to see him anyway.” I pray this conversation never passes between my mother and I ever again, but it is a conversation that is happening daily in the lives of many around the world. I’ve listened to parishioners from nurses to protest empathizers as they grieve and try to find voice for their hurt. Amid this sea of emotions and bizarre life decisions, I realized I had not allowed my heart the space to grieve. I had simply been trying to survive and avoid infection. I was losing the sense of what it means to live. 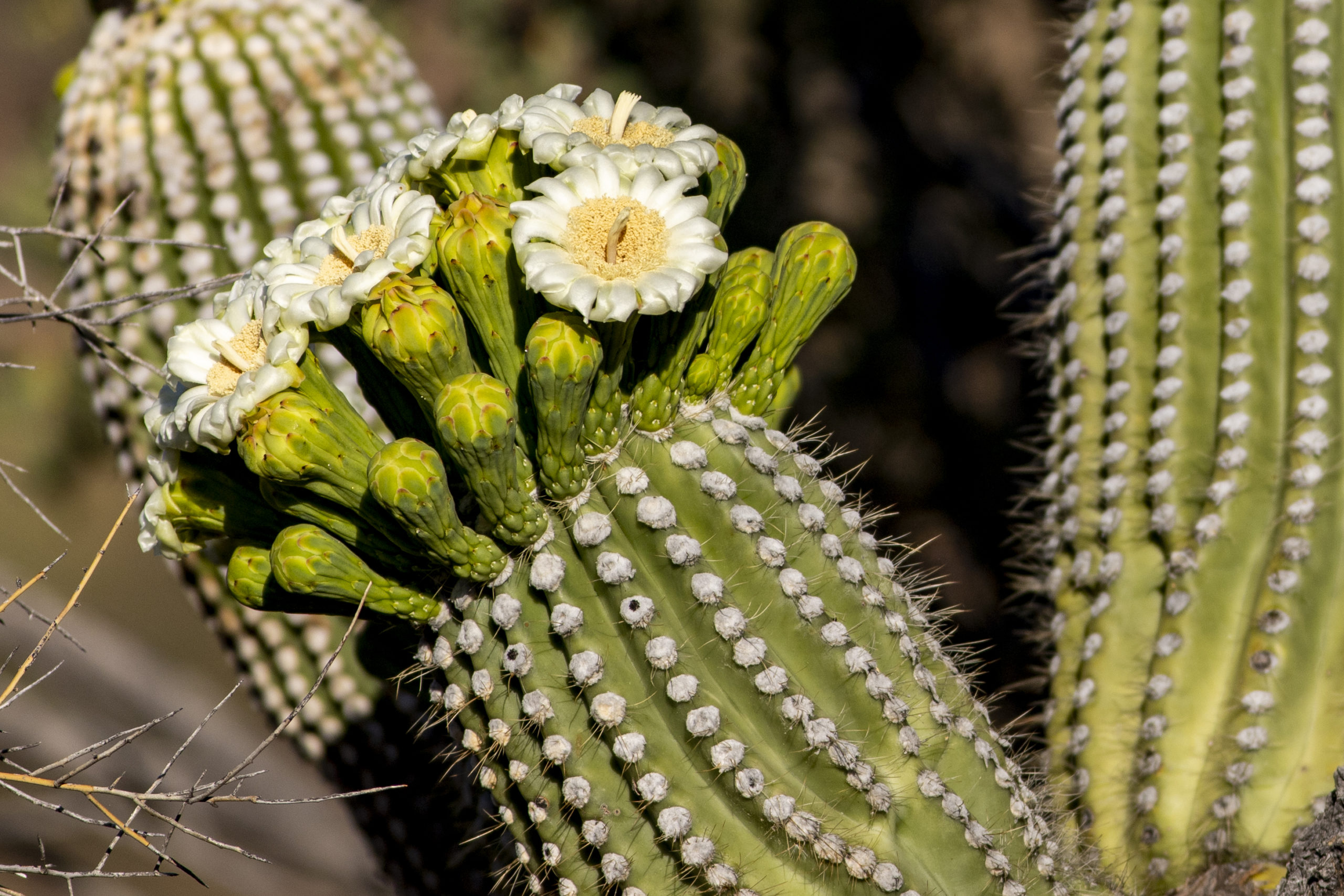 Survival vs. living – A theme I referenced last week, but still a powerful place to start a piece on what Covid-19 has taught me about care for creation. The Sonora desert is a fascinating place to be living when a reflection is done on the tension between survival and living. At one level, the desert is full of vibrancy and beauty as saguaro cacti are beginning to bloom and I’ve been able to experience the unique beauty that is the desert spring.

At the same time, I’ve also seen the more stark reality of the desert, summarized in the statement from one of the Tucson locals, “Father, nothing gets wasted in the desert.” What Tuck was referencing was the tendency of how when something dies, whether it be a cactus or an animal, it doesn’t last long in the desert – It’s “utilized” by all the creatures around it.

The transcendental beauty of a desert bloom and the common sense sentiment, “Watch your step.” I think this is the perfect starting point for care for creation and Covid-19. 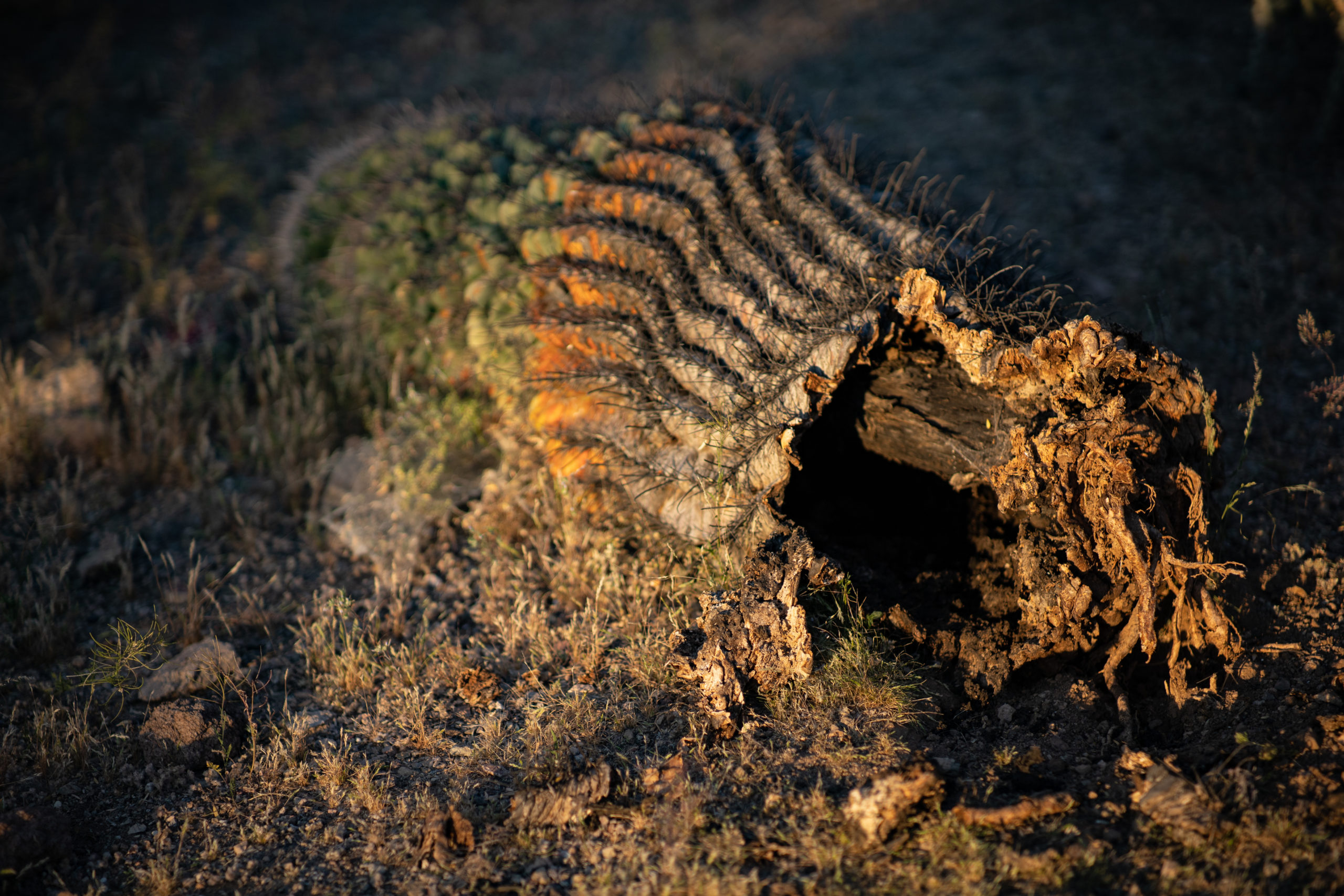 This past Saturday, as restrictions on visiting National Parks is starting to ease in Arizona, a fellow sabbatical participant and I decided to drive Mount Lemmon. We took all the precautions needed to make sure we were safe and agreed we’d only go where it seemed safe. I’d also be lying if I didn’t admit that, since both of us are from the Midwest, after a third day in a row of a weather forecast of 103 degrees the forecast of 71 degrees atop Mount Lemmon sounded like a blessed relief.

As we began to drive the mountain, I started to feel a twinge of fear that perhaps this road trip was a mistake. Survival – There’s a lot of people out here! Many places we simply drove past due to the sheer number of cars with the implicit thought, “If I don’t want to talk with my Mom about my Dad’s hospitalization, I want to do everything I can to avoid having them talk about mine!”

We finally found a place to get out and walk around. I then began to move from “survival brain” to “living brain.” Yes, the beauty was magnificent and the mountain view made me realize once again why so many religions presumed that mountain tops were the places where deities dwelt. However, what struck me most were the people that were walking around at mile marker 14. You could tell that social distancing was being embraced by all, but they also were doing it in a way that was looking for normality and peace.

A group approached me, since I had my camera with me, and asked if I could take a picture of their group. I agreed, but then asked them if I could take their picture with my camera. This happened a couple more times on our trip and a realization started to set in: Everyone was looking for a simple, safe, and special day when the last words anyone wanted to utter were “national pandemic,” but the awareness of the pandemic clearly governed everyone’s actions. Put another way, the people on Mount Lemmon were not treating this situation as the polemic of, “I’m going to live and die young” versus “I’m going to disappear from the world to elongate my life.” Rather, there was a clear tension in which “being healthy” has taken on a whole new dimension, but to “live life” was also being explored and tested, realizing that mere survival is only one part of life.

We survive not only to continue our species, but live and embrace something intuitive in us that speaks to our transcendent source and summit. 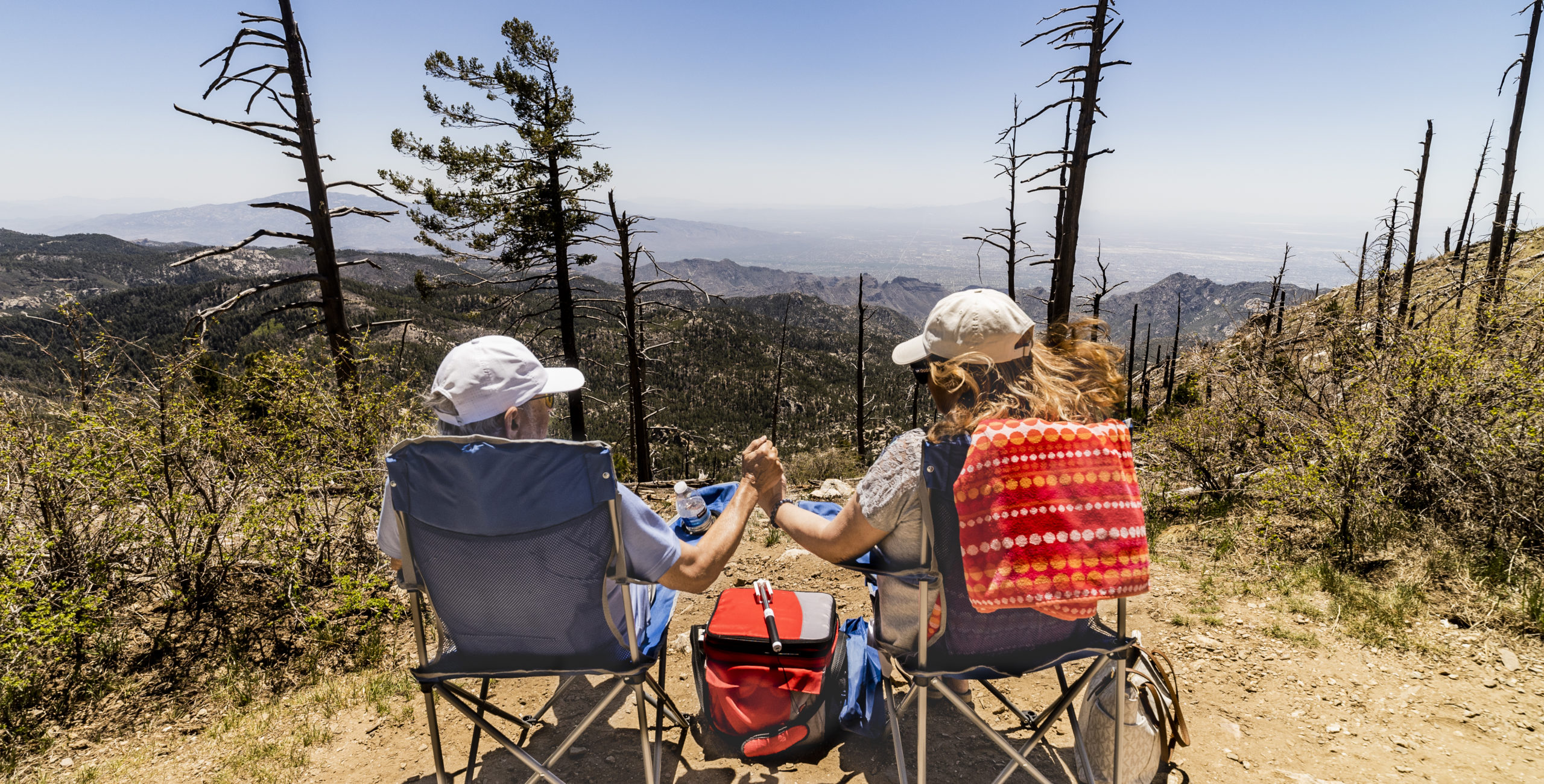 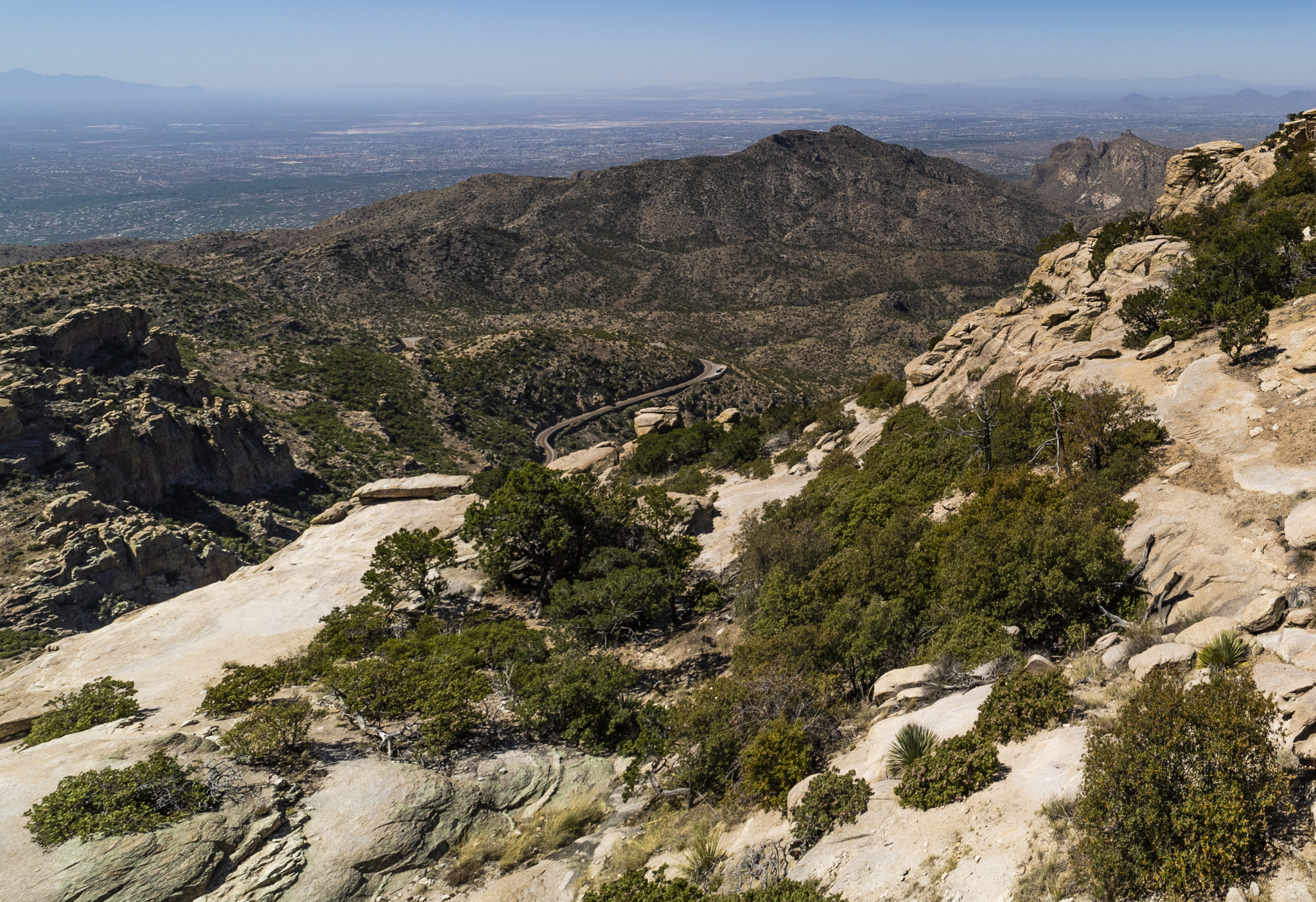 How does this pertain to a discussion on care for creation? It applies to the topic on many levels. Can care for creation be approached from more of a “survivalist” mentality of keeping a species alive and living in fear of anything that can harm us? Yes, it clearly can. And I think anyone who is honest with themselves has had a taste of this disposition of heart through the Covid-19 epidemic – Even those who now protest stay at home orders. However, we also know that to merely survive is not enough. Its analogous to visiting the Saguaro National Park and only looking for the “dead things” and trying to make sure you don’t become one of them.

On the other end of the spectrum, the undiscerning life of “live free and die young” also stings with the error of irresponsibility and disregard for keeping one’s self and others safe. It’s like wondering around the Redemptorist Renewal Center with your eyes fixed on the beauty of a desert bloom while ignoring the rattle snake at your feet. Covid-19 has taught us that an aloof life is not sustainable. There needs to be a vigilance to protect one’s self. It’s an odd juxtaposition of symbols, isn’t it? A desert bloom atop a cactus and a venomous snake – symbols of living and surviving. Do we live understanding these symbols in a polemical way as things that are against each other? Are we willing to explore a more nuanced approach that, as we reflect on what the post Covid-19 world will look like, somehow these symbols must find a symbiotic peace? The snake and the bloom as neither friend nor enemy, but essential symbols of survival and living.

Care for creation is not a part of Catholic Social Doctrine that breeds extremist ideology. For anyone who has actually read this body of literature, it becomes clear that care for creation is more about common sense. As I’ve shared in the past, much of care for creation can be summarized in the old Wisconsin fishing axiom, “If you pollute the lake you fish in you can’t eat the fish you take out – Don’t pollute the lake.” However, care for creation also contains beautiful sections about being “alive,” and how the forward looking solidarity that Pope Emeritus Benedict XVI spoke of so frequently pulls us out of the selfishness of seeing the environment as something for me to use right now to satisfy my personal wants so I can be happy. Instead, forward looking solidarity speaks to the Integral Ecology laid out by Pope Francis of reminding us that we are part of creation and as we delight in the fruits of creation we need to ensure those fruits remain for future generations so they, too, can delight in them. Put another way, Catholic Social Doctrine on care for creation is a commentary on living in the tension between surviving and living as a community of faith. It isn’t a body of work that simply tries to elongate a life through less pollution, but calls us to be alive in God’s love and to care for the world around us so others can experience the love and presence of God in their lives too.

Spiritual Exercise: How have you been doing with the tension between surviving and living? Is the stress of Covid-19 “getting to you.” If so, reach out to a friend, your pastor, or perhaps someone who has a bit more professional training to assist you with this crisis. This time of national pandemic is a time for us to care for the creation that is our physical health, but also our emotional and spiritual health. And just as this pandemic has taught us that to simply survive is not enough for humanity to flourish, may we also see that, as we begin to emerge from stay at home orders, we will always live in the tension between surviving and living – the snake and the bloom. In that spirit, whether it be you, your family, or the created world around you, take care of your environment today to avoid illness and survive well. At the same time, do something today that, within the boundaries of safety, can also help you feel alive spiritually – Alive with your family, friends, and the God who loves you.