Travel through far western Indiana in the U.S. (so far western that it is almost Illinois), and you might find yourself passing by Saint Mary-of-the-Woods College.  The college was founded by Théodore Guérin (1798–1856, birth name Anne-Thérèse Guérin), a remarkable woman.  She travelled from Europe to the American frontier in 1840, along with Sisters Olympiade Boyer, St. Vincent Ferrer Gagé, Basilide Sénéschal, Mary Xavier Lerée, and Mary Liguori Tiercin.  They arrived with little more than the clothes on their backs, and proceeded to build up an order of nuns and a college (the first institution of higher education for women in Indiana)—all while managing in an alien culture and clashing with the local bishop.  Saint Mother Théodore Guérin was canonized by Pope Benedict XVI in 2006.  She even has a section of U.S. Highway named after her—part of US 150 near Saint Mary-of-the-Woods College is the “Saint Mother Theodore Guerin Memorial Highway,” so named in 2014 by Indiana Governor Mitch Daniels. 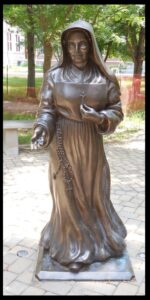 But why feature Saint Mother Théodore Guérin in the Vatican Observatory’s “The Catholic Astronomer” blog?  Because Guérin was recognized by the king of France for her ability at math.  An older biography of her states

So universal were her talents that everything to which she applied herself seemed to be her specialty; yet it might be said that she excelled in mathematics.

I discovered this when my wife and I stopped by the college last summer, returning from a trip to Yerkes observatory.  My aunt was an alumna of the school, and had talked about what a great place it was, but I had never been there.*  The college was more or less on the way from Yerkes, so we stopped in.  And there, and among the exhibits in the place, was a medal that Guérin had been awarded for her mathematical abilities.

As you have seen emphasized here many times, math is crucial to astronomy.  It is how we know the size and shape of the Earth, or what the stars are like.  Guérin, being on the frontier, certainly would have had to put her math skills to more practical, business-oriented uses than astronomy.  She did just that, and apparently drew attention for it.  She once wrote—

One does not see a woman in this country involved in the smallest business affairs, the religious any more than the others. They stare at me in Terre Haute [Indiana] and elsewhere when they see me doing business, paying, purchasing…

I suspect that Guérin would be disappointed to see the disregard shown today in our society, even by those who consider themselves educated or intelligent, toward mathematical knowledge.  Mathematical knowledge is cool, and important for astronomy.  Being good at math is cool.  And an honored-with-a-road-sign western Indiana frontier saint who was skilled at mathematics is really cool, and certainly worthy of mention on “The Catholic Astronomer”! 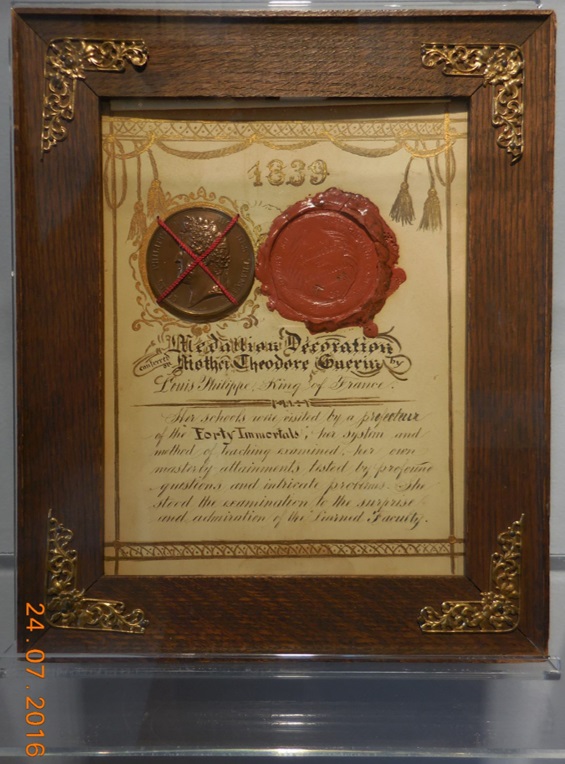 Plaque at Saint Mary-of-the-Woods which reads, ‘1839: Medallion Decoration conferred on Mother Theodore Guerin by Louis Philippe, King of France. Her schools were visited by a prefecteur of the “Forty Immortals,” her system and method of teaching examined, her own masterly attainments tested by profound questions and intricate problems. She stood the examination to the surprise and admiration of the “Learned Faculty.”’ 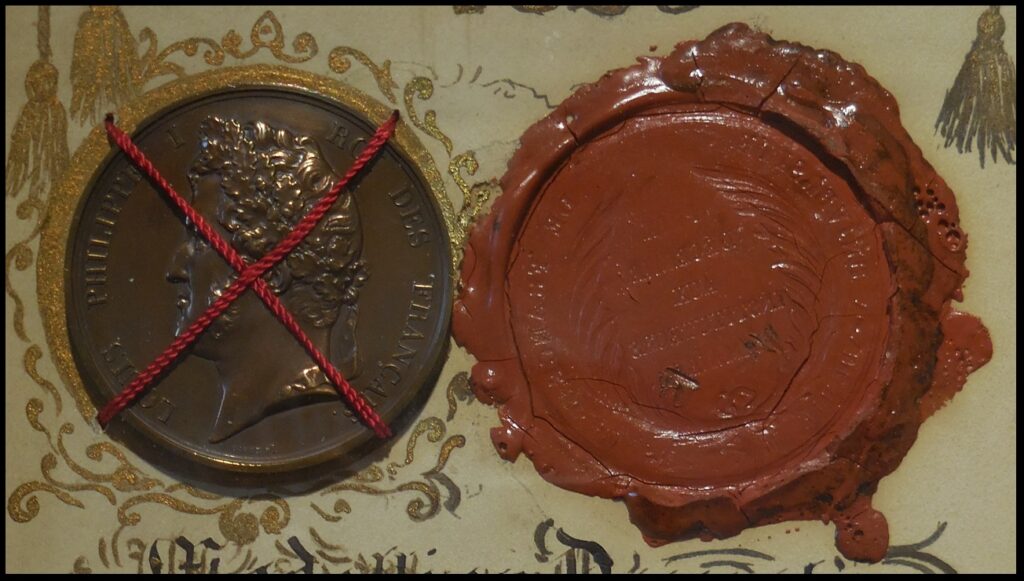 Close-up of the medallion.  A label beside the plaque identifies this medallion as being for mathematics.

*Oddly enough, in doing some basic research for this post, I discovered that the Saint Mary-of-the-Woods College alumni association has a Saint Mother Theodore Guerin Award, and to my complete surprise I further discovered that in 1967 the second recipient of that award was my grandmother, Catherine Connor Graney.